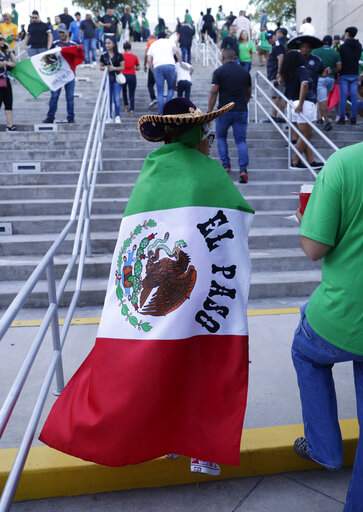 CITY OF MXICO (AP) The Mexican Federation of Soccer signed an agreement with the national government to diagnose the problems of racism and discrimination that exist in local football to create an appropriate strategy to help eradicate those behaviors of Mexican stadiums .

The agreement between the government National Council to Prevent Discrimination (CONAPRED) and the FMF was announced on Wednesday.

CONAPRED has intervened several times on issues related to football, several times by racist shouts made between players on the court, the most recent in 2015.

If football is synonymous with fair play, teamwork, promotion in physical health, it also has to be synonymous with equality, plurality and social cohesion, said Alejandra Haas, director of CONAPRED. We will accompany the FMF in the diagnosis and the creation of a strategy to have an inclusive football, in addition to providing technical assistance and training to combat the stereotypes and stigmas that feed the exclusion.

The federation recently announced a campaign that is aimed at ending a homophobic scream when the rival goalkeeper makes a clearance and has caused 14 sanctions from FIFA.

From the 15th date of the Apertura tournament, the referees of the Mexican league may stop a match every time the expression is heard and in case of recidivism the match will be stopped for a period of up to 10 minutes. If the fans continue with the demonstrations, the home team will play behind closed doors their next meeting as a host, according to the determination made two weeks ago.

This is a watershed for the consolidation of the effort to promote diversity and fight against discrimination in Mexican football, said Federico Addiechi, head of corporate social responsibility at FIFA. It is important to incorporate experts in the field to promote diversity and inclusion, that is why we are excited to support both organizations in this very important case.

Among the cases in which CONAPRED has intervened in recent years are the cries of monkey, slave and ape uttered by Marco Palacios and Paraguayan Daro Vern against Panamanian Felipe Baloy in a match between Pumas and Santos in 2010. Vern He also verbally assaulted the Colombian striker of the Americas, Carlos Darwin Quintero, in the semifinals of the Opening 2015 by calling him ape.

Recently, the referee Adalid Maganda claimed that due to the color of his skin he was marginalized from the maximum category by the president of the Arbitration Commission, Arturo Brizio, who months later reinstalled him on the first division judges' roster.

Last weekend, the coach of the Americas, Miguel Herrera, launched a homophobic expression against referee Marco Antonio Ortiz at the end of a match against Cruz Azul on the 13th opening date. The Disciplinary Commission suspended Herrera for four meetings, applying the current sanctions code.

The general secretary of the FMF, Iigo Riestra, said that the regulations to make adjustments will be reviewed and that such expressions will be sanctioned more strongly in the future.

"On the specific issue of Miguel, it is sanctioned according to the regulations in force, we are analyzing many adjustments, said Riestra. We will be enphysical and we will look for ways to make the penalties harder.