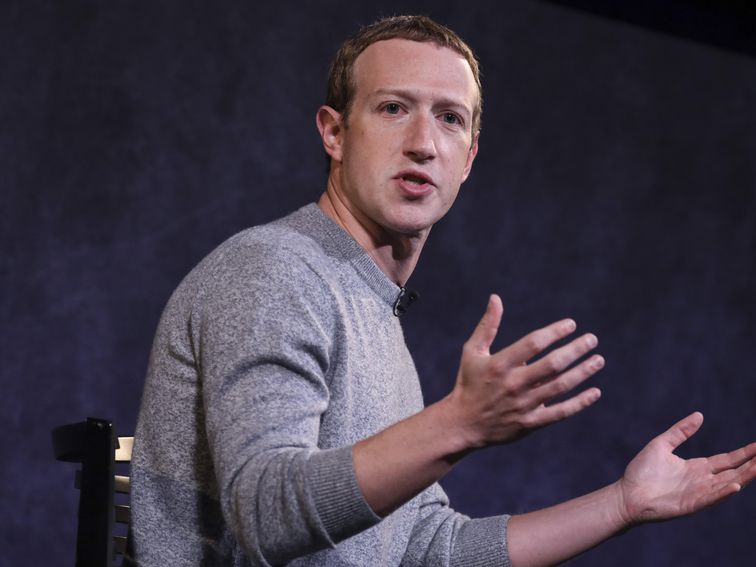 Mark Zuckerberg, CEO of Facebook.
Drew Angerer / Getty Images
Mark Zuckerberg, CEO of Facebook, announced that employees of the social network will be able to continue working remotely permanently. The announcement was given on May 21 in an internal meeting that Zuckerberg usually has with his employees. This time the meeting was public in order to help other organizations that are thinking about how the work will evolve, considering that the COVID-19 pandemic has changed the way we live, “this includes the way in which the Most of us work, “said the executive. This decision comes after other companies such as Twitter, Square and Shopify announced their new permanent remote work policies, after considering that the return to offices in the Bay Area, as elsewhere in the world, it will be a slow and gradual process in order to avoid possible COVID-19 infections among employees.

For his part, Sundar Pichai, Google’s chief executive, told his employees, via an internal email, that the remote work would last until the end of 2020, although some employees may return to offices in June. In an interview with The Verge, Pichai said that Google will not make major changes to the way it works and that it expects workers to eventually return to offices. The executive indicated that initially he expects 10 percent of his employees to return to the offices; over time the percentage will reach 20 or 30 percent. However, Google will continue to hold online events, since according to Pichai, the pandemic was an “opportunity to reimagine” the operation of the company. Other companies, such as Microsoft, communicated to their employees that they will be able to continue working from home, even when Isolation orders have been lifted, while Amazon will allow its employees to work remotely, “at least until October.” Both are based in Washington state, but Apple’s approach is somewhat different. And it is that according to a report by Bloomberg, the Cupertino company has already started with a first phase for the return of employees to offices, which began with employees who cannot work remotely or face great challenges in doing so. The second phase is scheduled to start in July. It is worth mentioning that Apple’s plan follows local social distancing orders, so its plan could be modified and change depending on the location of each office.


The most shocking news, releases and announcements from Apple every week.

These measures prompted by the new coronavirus come at a time when Silicon Valley’s big tech companies are expanding their physical presence. Just three years ago, Apple opened its impressive Apple Park in the city of Cupertino. The gigantic circular building houses 12,000 employees and cost a total of $ 5 billion. For its part, Google is building an expansion to its presence in the city of Mountain View, a few minutes from Cupertino, which reportedly will cost $ 1 billion; that, after having invested US $ 2,830 million in land and properties in the area. (In 2018, Google spent $ 2.4 billion to buy the iconic Chelsea Market building in New York City.)
We show you the new Apple campus and the Steve Jobs Theater [fotos]
To see photos

Apple ($ 9 billion) and Google ($ 7.5 billion) are the second and third largest real estate owners in Silicon Valley (the area between the cities of San Francisco and San José, California, which hosts tech companies), behind Stanford University, according to The San José Mercury News. Other tech giants like Cisco Systems and Intel are also in the top ten on the list, with Facebook itself continuing to expand in the area. In September 2019, the social media giant opened a Sunnyvale campus – minutes from its main offices in Menlo Park, and near Cupertino and Mountain View – while the Willow Village project, a new community of offices, houses, shops, hotels and open spaces that is intended to house approximately 7,000 employees, is still standing and is expected to open in mid-2021, according to information from The San José Mercury News, with more and more Silicon Valley companies expanding or Indefinitely enforcing work-from-home policies for their employees, these huge investments in property and offices seem questionable in the face of the new reality imposed by the COVID-19 pandemic. What he wants of course is that the work model – whether from home or from an office – will not be the same after the prolonged quarantine.

How to make video calls in Facebook Messenger Rooms