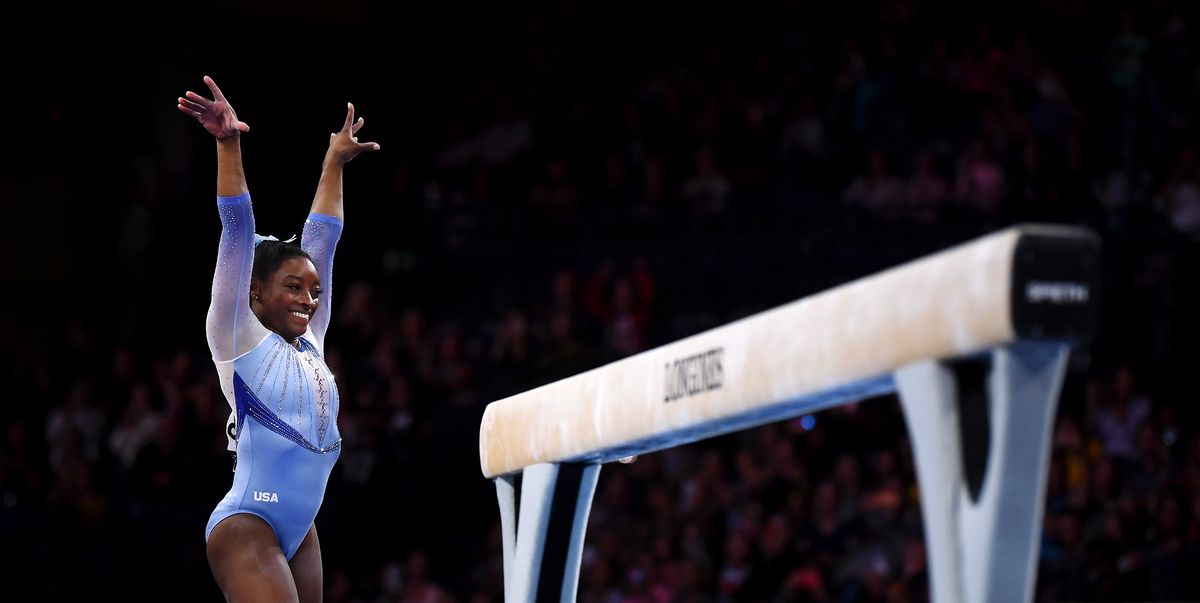 Simone Biles is on her way to becoming the best gymnast of all time. At 22, the American does not stop adding victories and historical events. To her incredible medal winners and the Laureus prize for the best female athlete of the year, two months ago the athlete added to her successes a floor exercise that went around the world.

In it, the athlete dared to make a triple double mortal, a jump that until that moment no gymnast had made. But as his ambition does not seem to end, Simone Biles has done it again. It has been in the world of artistic gymnastics that is being played in Stuttgart (Germany). During the qualifying phase, Simone surprised everyone by repeating his double mortal with triple splint in the ground exercise that, in addition to defying gravity, will give him his name 'Biles II'.

As if that weren't enough, Simone Biles made a double-double exit (double deadly backward with two turns) in his balance bar exercise, which will also be baptized with his name. With these two movements, the athlete would have the privilege of having four exercises – two on the ground, one on a vault and one on a bar – with her name.

"I think I can still do better, but tonight's goal was not to be great, but simply to do things right and I have the feeling that I have achieved it. I am qualified for all finals!" Commented Simone full of happiness Biles at the end of the qualifying day.

With his participation in the Stutgart World Cup finals, Simone Biles continues with his goal of becoming the most decorated gymnast in history. To do this, he must revalidate the 23 medals that the Belarusian athlete Vitaly Scherbo won with the former Soviet Union. For now, his next medal, which can arrive this week, will give him one more than the Russian Svetlana Khorkina, who got 20 in his entire career. It is clear that Simone Biles is destined to make history.