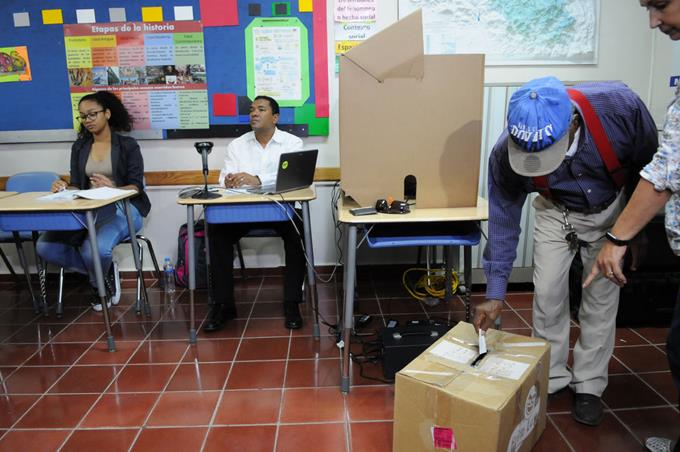 The ability of the Central Electoral Board (JCE) to administer an electoral process with automated voting and the use of that system in the country will be tested in the simultaneous primary tomorrow, so the internal event of the two main political parties of the country will be constituted in a “trial” to the electronic voting project, on whose verdict it will depend will be applied in the general elections of 2020.

The automated voting modality was recently approved and allowed legally only 8 months ago, but it will be tomorrow when it will be released in an internal political contest that has acquired a national dimension, in which the candidacies of the ruling Dominican Liberation Party and the opposition will be defined Modern Revolutionary Party (PRM).

Law 15-19, organic electoral system, promulgated on February 18, authorizes the JCE to automate the voting process progressively, in consultation with political organizations, but conditions it to be tested the system so At least six months before the voting date. This law establishes, in its article 99, that the tests could include drills conducted exclusively for the validation of the programs and equipment to be used and that these may be used in the voting of unions and civil society organizations.

The president of the JCE, Julio César Castaños Guzmán, has said that the use of the automated voting system in next year's elections will depend on the consensus of the parties and the success of tomorrow's internal primaries.

At the discretion of the president of the JCE, automated voting in the municipal elections of February 2020 and presidential and congressional elections of the same year will not be mandatory, even if the new electoral law stipulates it, due to logistics, training and budgeting.

To support his opinion, he recalled what happened with the vote of the Dominican abroad, which was established by the repealed Electoral Law 275-97, of 1997, but was applied seven years later, in 2004. Yesterday, Castaños Guzmán again pointed out that does not guarantee that the system will be used in the 2020 elections.

However, on its website, the entity exposes the advantages of automated voting, highlighting that it guarantees the secrecy of the vote, it is not traceable, that is, it is not known by whom it was voted, it does not work connected to the internet, it issues a printed receipt, is auditable and there is no probability of null voting.

Skepticism
Although the JCE has made a broad demonstration of the operation of the equipment that will use automated voting, there are still political actors who are not confident in computerized scrutiny, so they have asked that a portion of the votes be counted manually.

Former President Leonel Fernández, who is a presidential candidate for the PLD, asked the JCE for the manual counting of 50 percent of the votes, but the entity responsible for the organization of the primaries and the national elections considers that with 20 per One hundred is enough.

Drills The JCE conducted several tests, trials and drills of the automated voting equipment that it will use in tomorrow's primaries.