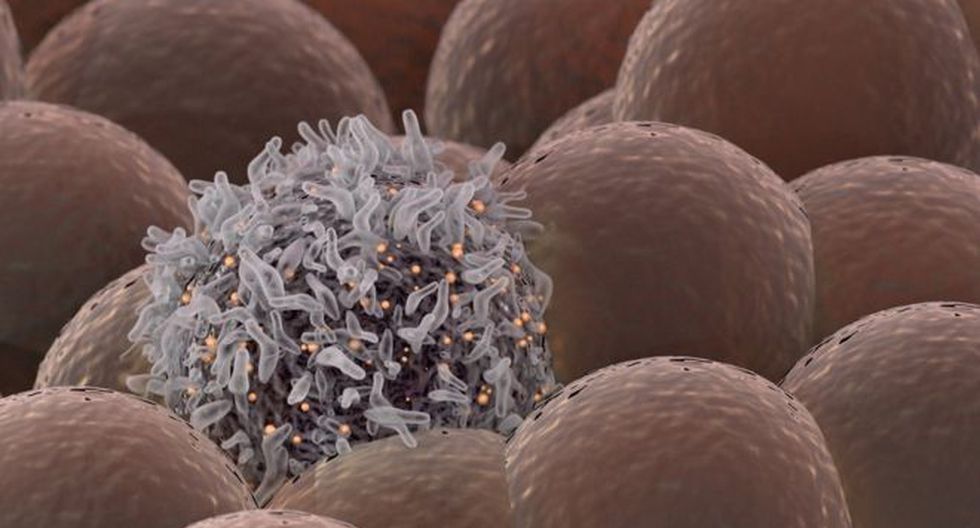 10 years ago, only one in 20 patients lived five more years after being diagnosed with advanced stage melanoma. Most died in a matter of months.

But now, more than half of patients can now survive a type of deadly skin cancer that until recently was considered intractable, according to a study in the United Kingdom.

(Cancer | Doctors discover how to neutralize the most aggressive brain tumor)

Two medications designed to take advantage of the body's immune system —ipilimumab and nivolumab — allow 52% of patients to live now at least five years after diagnosis, according to the clinical trial conducted by the Royal Marsden Hospital of the National Health System of the United Kingdom .

Doctors said both drugs have led to "an extraordinary transformation" and rapid attention to melanoma, the most dangerous type of skin cancer.

According to the World Health Organization, two to three million cases of skin cancer in the world are diagnosed each year.

Of these, only 1% are melanoma, responsible for 90% of deaths from skin cancer.

Immunotherapy (technique behind the experiment with the new drugs) seeks that the immune system itself attacks the cancer cells. (Photo: Getty)

If melanoma is detected in the early stages, the chances of survival are good.

But as the cancer becomes more aggressive and spreads throughout the body (known as metastatic cancer), survival subsides.

"In the past, metastatic melanoma was considered intractable," says Professor James Larkin, an oncology consultant at Royal Marsden Hospital and one of the authors of the research, funded by the pharmaceutical company Bristol-Myers Squibb.

"Oncologists believed that melanoma was different from other cancers, that it could not be treated once it spread," he explains.

People tended to live six to nine months after diagnosis.

The trial tested two immunotherapy medications designed to improve the immune system and allow it to attack cancer.

Doctors measured the proportion of patients who were still alive after five years.

The results showed that:

"It has been somewhat surprising to see so much progress in such a short time," Professor Larkin tells BBC News.

"It has been the most extraordinary transformation of a disease that was considered, among all cancers, as the most difficult to treat and with the most serious prognosis," he says.

Larkin says that there is now "the possibility that 50% of people with stage four melanoma are still alive five years after receiving immunotherapy."

The findings were presented this Saturday at a meeting of the European Society of Medical Oncology, in Barcelona, ​​and published in The New England Journal of Medicine.

Pam Smith, 67, from the United Kingdom, began participating in the clinical trial in January 2014.

She was "devastated" when she was told that her cancer was intractable and she believes that "she would not have had any chance" of surviving without immunotherapy.

Smith was treated once every two weeks for four months, but the medications caused diarrhea as severe as a side effect that he could no longer continue taking them.

The size of his tumor was reduced by half after treatment and has not grown since then. Smith now feels "bright."

Saying "cured" is always difficult in cancer, but five-year survival is a hugely significant milestone.

Some patients who took the medications are in total remission, with no signs of abnormality in the evaluations.

Others like Pam Smith still have a tumor inside their bodies, but that is no longer growing.

Of the patients who survived, 74% no longer need any type of cancer treatment.

Immunotherapy is a Nobel Prize winning science that makes the intractable treatable.

This technique is one of the most exciting in the treatment of cancer.

It should also attack cancers, but these are a corrupt version of healthy tissue and can develop ways to evade our defenses.

Ipilimumab and nivolumab prevent some cancers from hiding and allow the immune system to attack them.

Both drugs disrupt the chemical signals used by cancers to evade our defenses.

In other words, they deactivate the brakes of the immune system.

"By administering these medications together, we are effectively removing two brakes from the immune system instead of one so that the system can recognize tumors that were not recognized before, react and destroy them," explains Professor Larkin.

Yes, medications change the way the immune system works inside the body and that can have consequences such as fatigue, rashes and diarrhea.

Some effects are severe enough that patients like Pam Smith cannot complete a full course of treatment.

However, even a brief period of immunotherapy had a lasting benefit in the patients' immune system.

The new drugs take the "brakes" off the immune system to attack the cancer cells. (Photo: Getty)

This contrasts sharply with other cancer treatments, such as chemotherapy, that stop working at the time they are suspended.

Although these lasting changes mean that side effects may continue to arise as patients get older.

Yes, previous results of this trial led to medications being available worldwide.

They are also being used in other types of cancer, such as lung and kidney.

What do the experts think?

Professor Charles Swanton, clinical head of Cancer Research UK, said that progress in the treatment of melanoma had been "incredibly fast."

"It inspires me to see the advances in the development of immunotherapies and their potential to transform the perspective of some patients, giving them time with friends and family that they never thought they would have," he said.

"And now work continues to ensure that more people with different types of cancer can also benefit from these innovative treatments," he added.