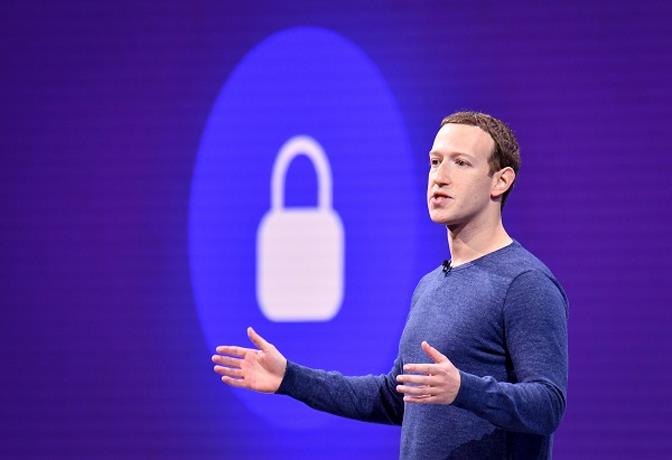 The increasingly insistent calls for dismantling Facebook represent an "existential" threat to the company, according to its boss Mark Zuckerberg, who says he is ready to "go to battle" and "sue the state" to avoid it, according to the specialized website The Verge

The news media claims to have the recording of a question and answer session held between Zuckerberg and his employees in July during which he refers to several issues, including repeated attacks by Elizabeth Warren, the rising star of the Democratic primary for the presidential elections of 2020.

"Someone like Elizabeth Warren thinks the solution is to dismantle companies," he said. "If she is elected president, I bet we will have a judicial fight and I bet we will win."

"Does this stink for us? Yes. I don't want to embark on a great lawsuit against our own government," said the co-founder of the world's first social network. "But in the end, if someone tries to threaten something existential, you go to battle and fight."

Technological giants such as Facebook or Google are subject to several investigations of anti-competitive practices launched by some states in the United States, and they are also targeted by European authorities. The claims against them refer from the protection of personal data to the domain of the advertising market.

But dismantling these companies will not reduce, for example, the risk of interference in elections, according to Zuckerberg. Rather, the opposite can happen, "because companies can no longer coordinate and work together."

Nor will it reduce the problem of hate attacks because all procedures implemented to combat them will be "more fragmented."

Twitter, for example, faces the same types of problems as Facebook, but "our security investment is more important than your billing," said the social network's chief executive.

In a string of questions from the participants in the meeting, the head of Facebook also addressed the fact of not having attended a hearing before the British parliament.

"When the problems arose with Cambridge Analytica last year, I appeared in hearings in the United States, … in the European Union, but it would be foolish to go to all audiences in countries that want to see me," he said.

He also mentioned the development of a new application called Lasso, which aims to compete with the popular Chinese video application TikTok.

On his Facebook page, Zuckerberg said the comments came from one of the weekly sessions where employees "ask me anything and I openly share what I am thinking about all kinds of projects and issues."

Senator Warren responded to Zuckerberg's comments via Twitter. "What really 'stinks' is if we don't fix a corrupt system that allows giant companies like Facebook to engage in illegal anti-competitive practices, trample on consumer rights and repeatedly fail to protect our democracy," he wrote.