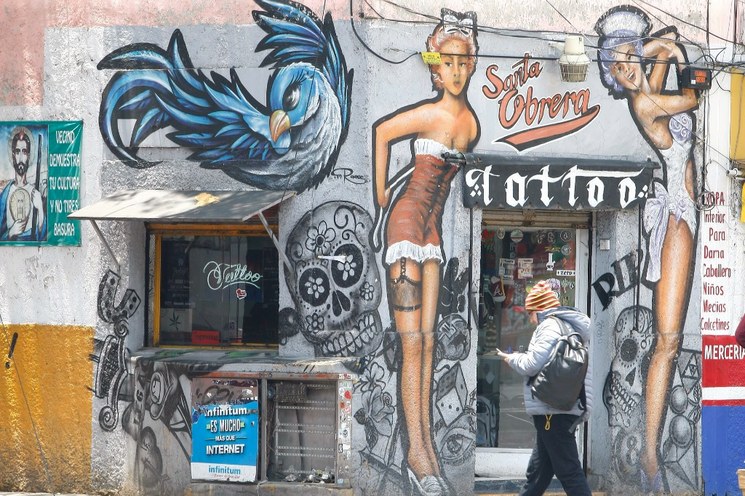 The social policy implemented in Mexico through monetary transfers has softened the effects of poverty by increasing income, but without a tax reform aimed at really taxing the upper classes, any project will be insufficient to close the polarity in the distribution of wealth, explained specialists.

The formula based on social programs used by the federal government will definitely have an effect on income inequality, but the question remains whether the model is fiscally sustainable and growth friendly, said Luis Felipe López-Calva, regional director in an interview for Latin America and the Caribbean of the United Nations Development Program (UNDP).

Money transfers have been in Mexico for years and have so far implied a small reduction in inequality, via income, benefiting from a contraction in wages among those who earn the most. A reduction in inequality such as the one in Mexico, in terms of income, is not very conducive to greater economic growth, the United Nations official added.

The results of the National Survey of Household Income and Expenditure show that rich families have incomes 18 times higher than those at the bottom of the scale. With these data, the National Council for the Evaluation of Social Development Policy defined that more than 40 percent of Mexicans are poor.

Moritz Alberto Cruz Blanco, a researcher at the Institute for Economic Research of the National Autonomous University of Mexico, explained that the precariousness of wages, fiscal deficiencies, but above all the “way in which the economy has grown: a single sector monopolizes and others are left behind (…) have deepened the levels of poverty, which is perhaps the most persistent issue ”.

López-Calva said that the Mexican experience suggests that there should be a redistribution that is more friendly with economic growth. Uruguay, as the most successful case in Latin America to redistribute, had its inflection in 2017 with a tax reform. Really they are paying taxes much higher those of up to the distribution to be able to finance what goes towards the low part, mentioned. It is time to think about tax schemes that really put higher taxes on the highest part of the distribution.

In addition, Cruz Blanco said that a policy against inequality is focused on imposing a policy of taking away from those who earn the most, that small group, one percent of the population, which accounts for up to 20 percent of income, something must be taken away. This is not necessarily through more ISR. The alternatives: investments in stocks, earnings, inheritance taxes.

He explained that government transfers are insufficient to reduce inequality and do not seem sustainable to reduce poverty indicators in the medium and long term. While the federal administration has promised a reform not before the first three years of its government.

López Calva said that apart from income, the current government programs can also have an impact on the disparity by population groups. And the other item where you can work is the inequality by territory.