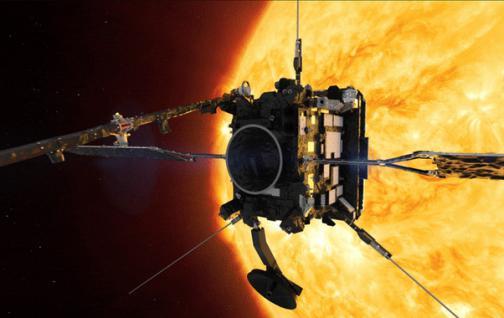 Villanueva de la Cañada (Madrid), Jan. 28 (EFE) .- More than a decade since the Solar Space Orbiter mission of the European Space Agency (ESA) took its first steps and is now ready to take off in ten days towards the Sun , which wants to reveal some of its secrets and observe for the first time its polar regions.

Solar Orbiter, with a budget of 1800 million euros (1980 million dollars), differs from other missions in that thanks to its ten instruments you can observe what happens in the Sun and at the same time study the environment surrounding the probe. That is, you will not only know what is happening around you but why.

In addition, for the first time a human ingenuity will be able to observe the polar regions of our star, thanks to its unique trajectory, where some of the mysteries of how the Sun’s magnetic field works are hidden.

The ESA mission has the participation of NASA, which has collaborated on some of the instruments and will be responsible for launching Solar Orbiter on an Atlas V rocket, which will depart at 23.15 local time in Florida (04.15 GMT on 8 February) of the historic base of Cape Canaveral (United States).

The last details before taking off were provided to the press on Tuesday at the headquarters that ESA has in the Madrid town of Villanueva de la Cañada.

This center will be in charge of controlling Solar Orbiter instruments, planning the scientific mission, as well as data collection and downloading, explains the instrumentation operations coordinator, Anik De Groof.

After takeoff, it will be necessary to wait until the end of July for the probe to be declared fully operational, although the first data will arrive somewhat earlier, says the head of development of the Earth Orbiter’s ground science infrastructure, Luis Sánchez.

The probe, a cube of about three meters, will approach ‘only’ 42 million kilometers of our star, ‘the closest we can be to it and take pictures, with current technology’, according to the project’s responsible scientific manager , Yannis Zouganelis.

At that distance Solar Orbiter will have to withstand, on the face exposed to the Sun, a temperature of 520 degrees. ‘It’s like being in a pizza oven,’ according to the simile chosen by ESA’s director of Science, Günther Hasinger, who explained to Efe that this is a ‘very extreme’ mission.

High temperatures are one of the most important challenges that have been faced, but increased by the fact that the face not exposed to the star will be below zero. In just three meters away there will be several hundred degrees of difference.

To protect the probe a thermal shield has been designed that covers one of its faces, basically made of titanium and covered by a newly created artificial substance. But in addition there have to be designed on that shield three ‘windows’ to look at the Sun. ‘A great challenge that has been solved by European industry,’ says Hasinger.

Solar Orbiter seeks to answer four fundamental questions, one of them how the sun’s magnetic field is created, what is its origin and how the solar wind is created and propagated.

He will also study the emissions of the coronal mass, which is not yet known how they are generated and propagated, and how the heliosphere travels and invades the energy particles that generate these explosions.

Finally, the probe will attempt to respond to how the Sun’s magnetic field is produced inside the star, which is known as the solar dynamo, Zouganelis added.

All life depends on the Sun and ‘we still have some mysteries to solve’ about its operation that influence the Earth, because, Hasinger said, wind and solar eruptions can cause problems in satellites and solar radiation affects astronauts

‘We want to understand the weather (weather) in the Sun and for this we have to know the forces and mechanisms that produce them’ in order to predict and prevent its effects. EFE