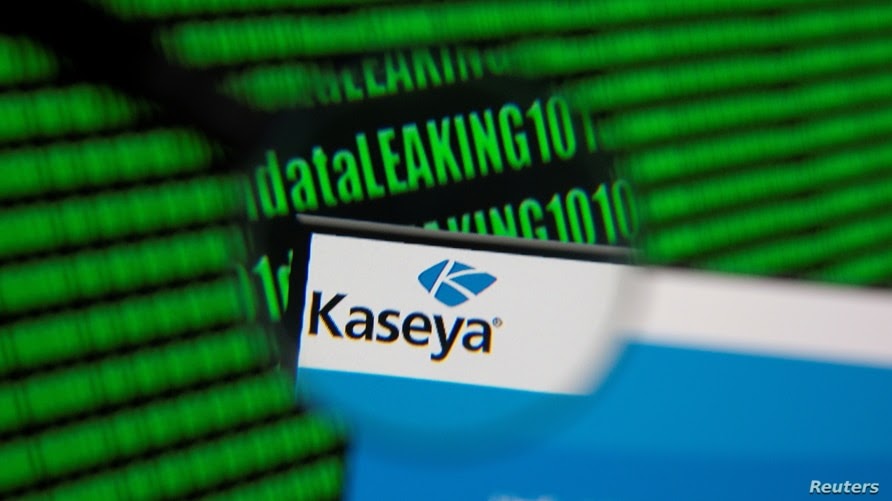 Between 800 and 1,500 companies around the world have been affected by a ransomware attack targeting US information technology company Kaseya, its CEO said Monday. Fred Voccola, chief executive of the Florida-based company, said in an interview that it was difficult to estimate the precise impact of Friday’s attack because those affected were primarily customers of Kaseya’s clients. Kaseya provides software tools to IT outsourcing shops – companies that typically handle the back-office work of companies too small or with modest resources to have their own IT departments. One of those tools was subverted on Friday, allowing hackers to paralyze hundreds of companies on five continents. Although most of those affected have been small businesses, such as dentists or accountants’ offices, the disruption has been felt most intensely in Sweden, where hundreds of supermarkets had to close because their cash registers were not working, or New Zealand, where there were schools and kindergartens. hit out of line. The hackers who claimed responsibility for the breach have demanded $ 70 million to restore all data from the affected companies, although they have indicated their willingness to moderate their demands in private conversations with a cybersecurity expert and with Reuters. How did New Orleans defeat a ransomware attack? The city of New Orleans detected an attempt to hijack information from its computer system. In a ransomware attack, cybercriminals ask for money in exchange for returning access to the attacked system. “We are always ready to negotiate,” a representative for the hackers told Reuters early M onday. The representative, who spoke through a chat interface on the hackers’ website, did not provide his name. Voccola declined to say whether it was willing to accept the hackers’ offer. “I can’t comment on yes, no or maybe,” he said when asked if his company would speak to or pay hackers. “There are no comments on anything that has to do with negotiating with terrorists in any way.” Voccola said he had spoken with officials from the White House, the FBI and the Department of Homeland Security about the assault, but until now, he was not aware that any businesses of national importance had been affected. “We are not looking for massive critical infrastructure,” he said. “That is not our business. We are not operating the AT&T network or the Verizon 911 system. None of that.” Because Voccola’s company was in the process of fixing a vulnerability in software that was exploited by hackers when the ransomware attack was executed, some information security professionals have speculated that hackers may have been monitoring your company’s communications from within. Voccola said neither he nor the researchers his company had brought in had seen any signs of that. “We don’t think they were in our network,” he said. He added that details of the violation would be made public “once it is ‘safe’ and it is okay to do so.” Roughly a dozen different countries have been affected by the breach, according to research published by cybersecurity firm ESET. Connect with the WABNEWS! Subscribe to our YouTube channel and activate notifications; or, follow us on social networks: Facebook, Twitter