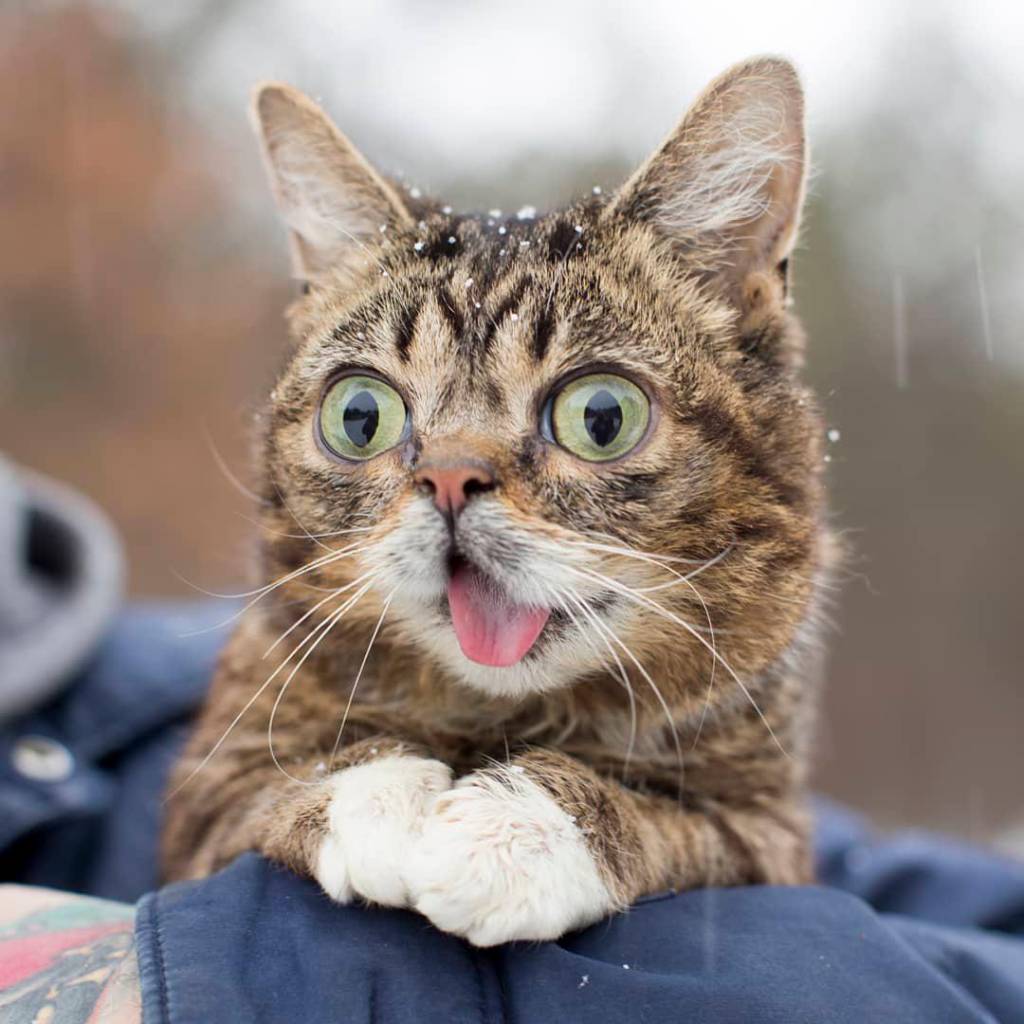 They have millions of followers on Instagram: Lil Bub and Grumpy Cat are cats that have shone on the internet, sometimes as defenders of noble causes and always as generators of huge financial gains.

The emotional unleashed by the death a week ago of the cat Lil Bub, after eight years of officiating as a celebrity on social networks, shows the extent of the phenomenon of animal stardom on the internet.

Recognizable by its always hanging tongue due to a malformation of the jaw, the animal suffered several genetic abnormalities and its mentor, music producer Mike Bridavsky, was narrating each online since its adoption in 2011. The saga was followed by 3 million people on the Facebook network, 2.4 million on Instagram and more than 800,000 on Twitter.

Lil Bub's genome had been unveiled as part of a scientific project that researchers at the University of Missouri began in May 2015 about genetic variations in the origin of their malformations.

"Bub has made a big difference in the field of animal health and has changed the lives of millions of people around the world," said Bridavsky, who boasted that he had collected $ 700,000 for "animals in need in the world." A sum that charities that work for human beings could envy.

Under the photos of the animal, taxes accumulate online, like this subscriber who laments on Instagram: “Rest in peace, Lil Bub, you changed so many lives for your love and your fighting spirit. You cannot be replaced, but you will always be present in our memory. ”

The feline, a native of Indiana, United States, was associated with several causes supported by the environmental organization Greenpeace and the American Society for the Prevention of Cruelty to Animals (ASPCA). Since 2013, he participated in pet sterilization and adoption campaigns with the Peta Animal Defense Association.

Lil Bub "used his fame to improve the world of animals," Peta said in a statement. “Pay tribute to him by remembering his message: always adopt, never buy” (your pets).

"It literally saved the lives of thousands of animals and humans and created the first national fund for animals that require special care," Bridavsky said on Instagram about the ASPCA fund, which raised $ 75,000 in 2018.

Noble struggles that don't always work when it comes to promoting a star pet on the internet, where click multiplication can bring a lot of money.

Just before his death, Lil Bub herself was the image of a clothing and coffee advertising campaign, launched on the occasion of Black Friday, one of the most important consumption days of the year worldwide.

Another famous cat, Grumpy Cat, known for his always grumpy expression and died in May after seven years of glory, had at the time of his death 8.5 million fans on Facebook, 2.5 million followers on Instagram and 1 , 5 million on Twitter.

The image of the feline, face of a major brand of cat food since 2013, was invaluable: in 2018, its owner, Tabatha Bundesen, received compensation of $ 710,001 for damages from the jury of a federal court of California for violation of his right to the image, after a coffee company put his face on unauthorized products.

Welcoming the virtuous actions that pet stardom can generate on the internet, Ashley Byrne, a Peta official, insists at the same time on the need for this not to be done to the detriment of animals whose life is dissected in the networks .

No one should "treat animals as accessories or unimportant goods," he told AFP.

Boo the Pomeranian and Doug the Pug are dogs that have also reached stardom online.