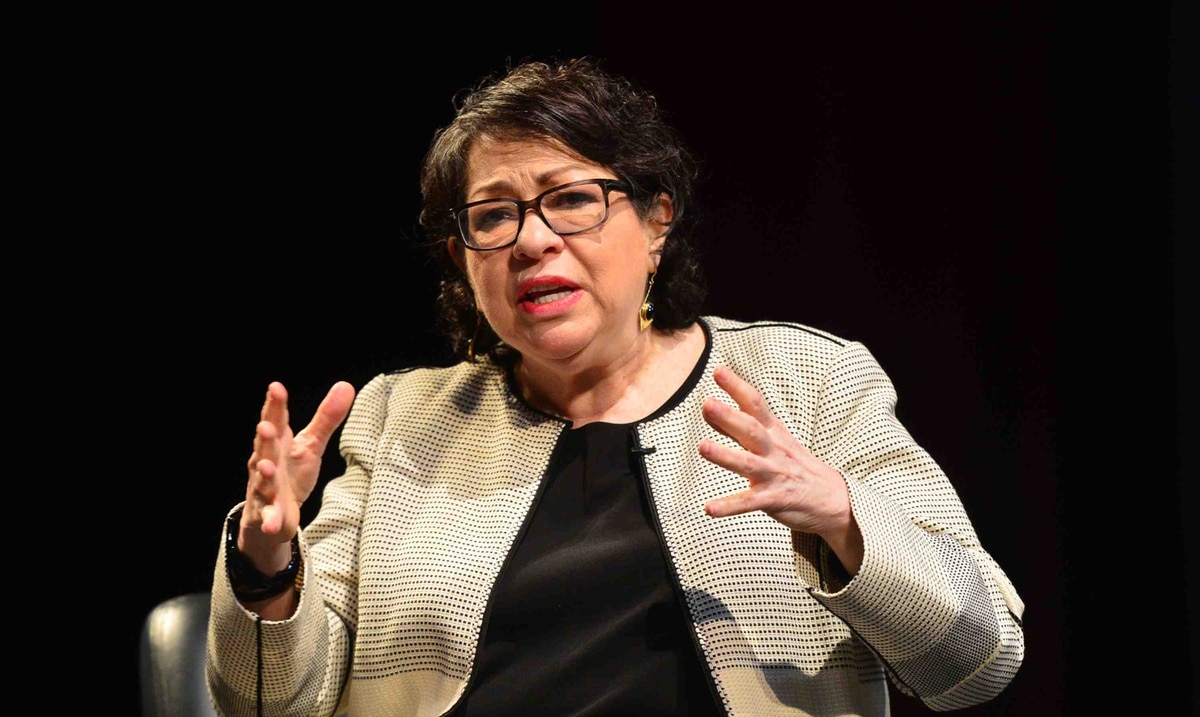 Washington – Sonia Sotomayor says Americans need to thoroughly analyze what kind of relationship they want to have with the police.

As communities across the country reconsider how the police work, the United States Supreme Court judge stated that “what we accept as a society in the name of justice” is a “topic of discussion of incredible importance. ”. That you do not have to consider yourself in terms of whether you respect the Police or not.

“Whether or not you respect the police has nothing to do with this,” the Puerto Rican-born judge declared in an interview released on Thursday.

Sotomayor did not allude to specific incidents, but made his comments a month after former agent Derek Chauvin was convicted of George Floyd’s death and a week after a $ 10 million compensation was announced for Andre Hill’s family, a black man who was shot and killed by a white cop in Columbus, Ohio. This week, on the other hand, a North Carolina prosecutor said the officers who killed Andrew Brown Jr. were justified in opening fire. That episode had also sparked protests.

“We have to decide, as a society, what kind of relationship we want with the police,” Sotomayor said. “Not just black or copper or Asian people, and even white people. All of us. Because the parameters we set will apply to everyone ”.

Sotomayor made his remarks during a conversation with Rabbi Lyle Fishman of the Ohr Kodesh Congregation of Maryland, outside of Washington. The talk between the two was recorded and broadcast by the congregation and the community on Thursday night via Zoom.

“We all grapple with the delicate issue of abuse of power in our society today,” said Fishman, then asked Sotomayor about the difficulties faced especially by “young people of color who live in a world with great inequalities on the ground. police ”.

Sotomayor answered other questions as well. She spoke about what it means to be seen as a role model and the importance of speaking to students and civic education for her.

Fishman also asked him about “affirmative action,” as the United States describes initiatives designed to create equal opportunities. The Supreme Court last dealt with that issue in 2016 and may have to take it up again soon. Sotomayor, the court’s first Hispanic female member of the court and who studied at exclusive universities like Princeton and Yale, describes herself as a beneficiary of affirmative action.

“My personal impression is that if you are going to judge someone based on absolute criteria, you are not going to get the best,” said Sotomayor. “If you ask a school to accept students who have a specific GPA, and nothing else, you might just pass up the Beethoven of this world. What about guys who are great at science, but terrible at everything else? We have to judge people as individuals, because when we stop doing it, we give up a lot of wealth in our world. “

He added that, for her, the trials must respond to principles. He mentioned a much-repeated analogy made by Chief Justice John Roberts during his 2005 confirmation hearing, in which he said that judges should be like baseball umpires, impartial in deciding whether a ball is good or bad. Sotomayor, a New York Yankees and baseball fan, disagrees with that.

“His analogy ignored an important component, which is determining the strike zone (good balls) … which requires a value judgment,” said the judge. “That is why the umpires have different ‘strike’ zones and they try to be governed by the ‘strike’ zone that they see.”