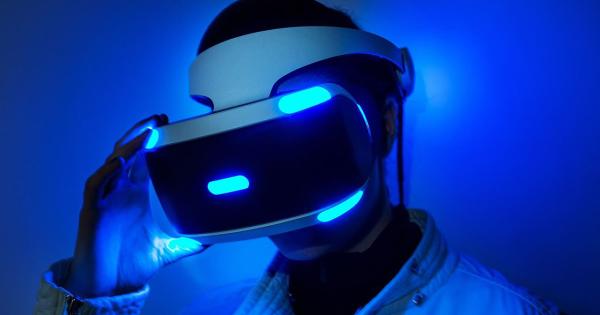 It is a fact that Sony relies on the development and application of virtual reality in gaming. For this reason, everything indicates that such technology will be part of its proposal for the next generation together with PlayStation 5.

For now, we know that the next console will be compatible in some way with the current PlayStation VR. However, for some time there are clues that suggest that Sony prepares a new version of its virtual reality device.

New clues emerged today, as LetsGoDigital (via Eurogamer) brought to light a patent related to the hypothetical PlayStation VR 2. According to the details, Sony registered the patent in February this year. The registry images show a device similar to the PlayStation VR that we know, but everything indicates that the new version would have some improvements that could greatly improve the user experience.

The next PlayStation VR would include 2 front and one rear cameras, which would work in conjunction with another camera that would be on a controller similar to the PlayStation Move. Also, the device would have a series of LED lights and a microphone. Below I leave part of the patent:

The patent notes that it would also be possible to use another additional camera to track player movements. However, what is most striking is that there are indications that the device will be wireless.

PlayStation VR 2 could have a Bluetooth connection, which would greatly improve the gaming experience. Finally, it is pointed out that the device could have a transparent viewfinder due to its front cameras. This would allow the user to see their surroundings.

Given the use of sensors, it is estimated that the new PlayStation VR could have a stereoscopic 3D effect and the ability to use it with augmented reality. For now, Sony has not confirmed anything related to this patent.

While we know more about it, we tell you that the company will celebrate another anniversary of PlayStation VR with new games and a special sale. In this link you will find more about this virtual reality device.