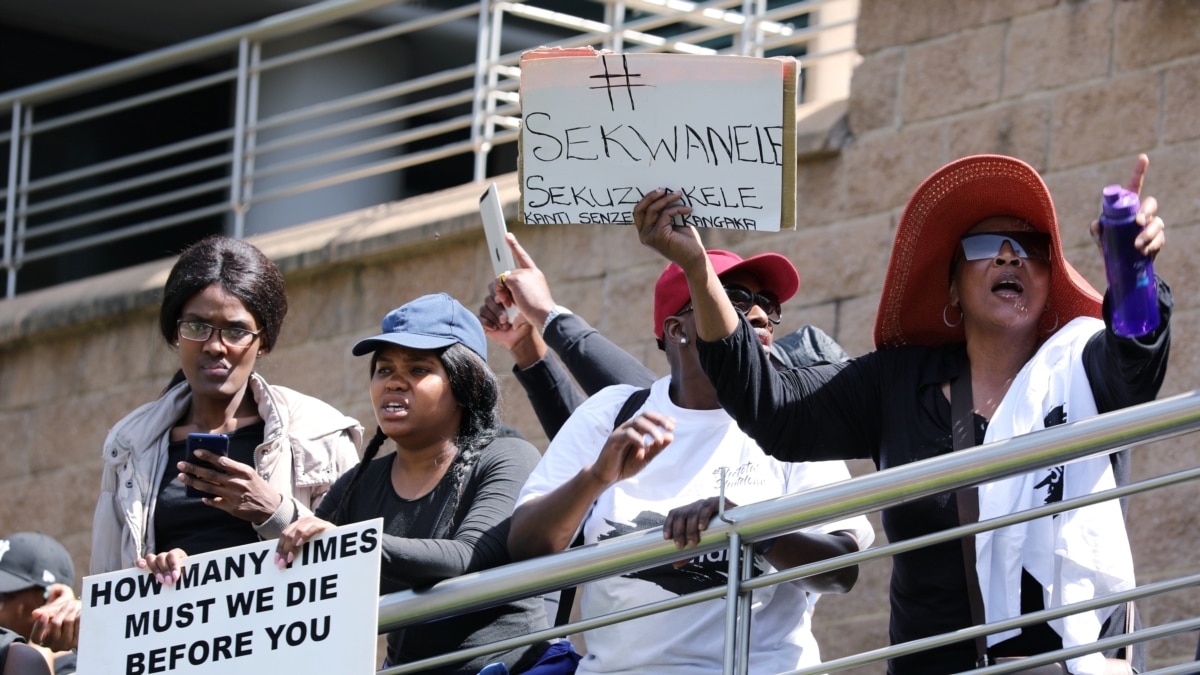 JOHANNESBURG – A technology company in South Africa has developed an alarm system to help report gender-based violence. According to the South African firm Afri-Tec Technologies, a click of a button could save a woman’s life. The company has designed a panic button that looks like a USB stick and a wristwatch that provide the same response. The tool arises due to the high rates of gender violence that prevail in the country and that, according to the country’s president, Cyril Ramaphosae, has increased due to the confinement due to the pandemic. “We are not saying that our technology or our solution is the silver bullet. But it is certainly one of the pieces of this great puzzle that can make a difference, “explained AB Moosa, CEO of Afri-Tec Technologies. Recently, the South African Police reported that more than 10,000 women were raped between April and June. This year, in addition to 15,000 reported cases of domestic violence, in the same period. Organizations that provide support to survivors say these figures do not show a complete picture, as more cases are not reported. Lack of data on the crisis is another tool that would be available with the tool designed by Afri-Tec, as it seeks to provide information on the subject collected by users. “We are also putting artificial intelligence systems behind our application to be able to predict, hopefully, trends in what will happen, “explained Moosa. According to the head of the company, people without smartphones will still be able to use the alert system. Social workers believe the app will make a big difference, but more are still needed. “We need to target families, ask ourselves why this is happening,” said Lisha Stevens, a social worker at the Nisaa Institute for Women’s Development in Johannesburg. Advocates like Stevens say people need education to understand what violence against women is. and how to respond to it. If more people stepped in, Stevens believes he could change the lives of victims and help change the culture so that gender-based violence is no longer the norm. Connect with the ! our YouTube channel and activate notifications, or, follow us on social networks: Facebook, Twitter