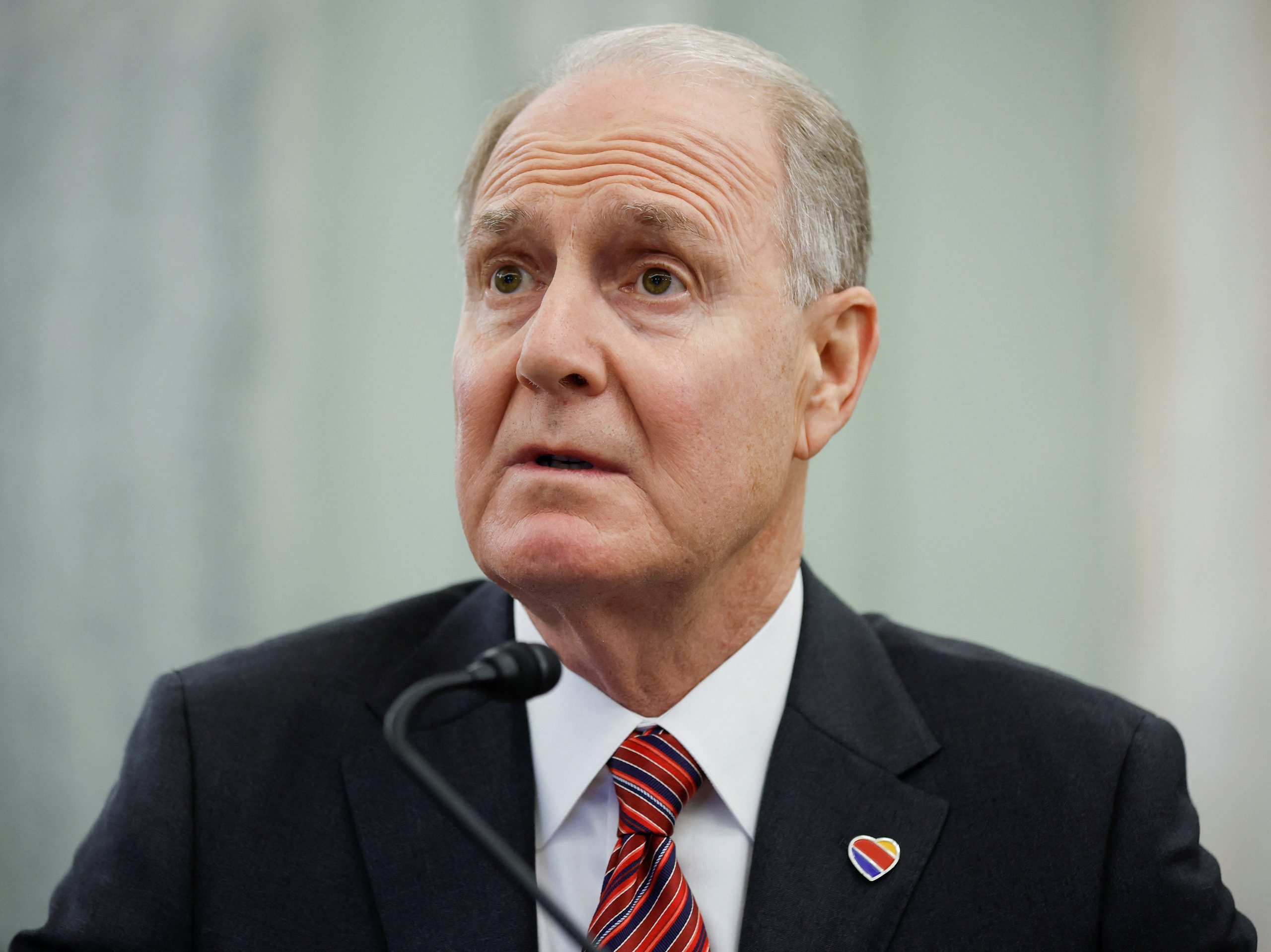 Kelly testified in front of Congress on Wednesday where he and other airline chiefs showed up without masks. He appeared in front of legislators along with the executive directors of American and United Airlines, as well as the director of operations of Delta Air Lines and the president of the largest flight attendee union in the US.

They spoke for more than three hours at a Senate Commerce Committee hearing about the $54 billion airlines received in support of their payrolls in reaction to the decrease in air travel during the pandemic.

“Although he tested negative several times before the Senate Commerce Committee hearing, Gary tested positive for covid-19 after returning home, experienced mild symptoms and was tested for PCR,” a spokesman told The Independent. “Gary is fine and right now rests at home, has a complete vaccination schedule and received the booster vaccine this year. Gary’s symptoms remain mild and every day he approaches a complete recovery.”

John Laughter, Delta’s director of operations, sat two places in Kelly during Wednesday’s hearing, but tested negative for COVID-19 on both Thursday and Friday.

“It will continue to be tested and take other precautions as necessary,” Delta said in a statement.

In response, Kelly, who is expected to leave his job for next year, boosted the filtration and air circulation systems on airplanes.

“I think the argument that face masks do not add much or nothing in the air cabin environment is very solid,” he said. “It is very safe, of very high quality compared to any other indoor environment.”

American Airlines CEO Doug Parker said “I agree” when Kelly finished speaking, but the airline issued a clarification on Thursday, where he said it intended to agree with “the comments made by other witnesses about the high air quality of the aircraft cabin, and did not intend to question the need for face masks on airplanes.”

Although air travel decreased during the pandemic, demand has increased since then and airline leaders said they expected a busy period during the Christmas holidays.

According to Reuters, the president of the Association of Flight Assistants-CWA, Sara Nelson, said that Kelly told her that she had tested positive for covid “just when she was returning to work after receiving the booster vaccine. I follow CDC protocols and get tested several times within the recommended period of 5 to 7 days, and before traveling with my family during the holidays.”

In a message to Southwest staff that was later shared with The Independent, Kelly said that he “emphasized that all our planes are equipped with HEPA filters that remove at least 99.97 percent of particles in the air, and create a protective environment before the additional layer of mask use” during the committee hearing.

He added that during the hearing “he confused some with a short answer to a question about face masks. So, to be clear, Southwest and I, and together with Airlines for America, are all aligned and support the current federal mandate of face masks at airports and airplanes. There is no effort to change it before it expires.”

“Southwest adopted a mandate for the use of face masks on board last year, long before the federal government required it. Most of our employees and customers have felt that it has been an important layer of protection, and I really agree with that,” he added. “So we will rely on the advice of our medical experts regarding the need for face masks.”

The Biden administration extended the mandates of masks on airplanes and other modes of transport earlier this month, until March 18.