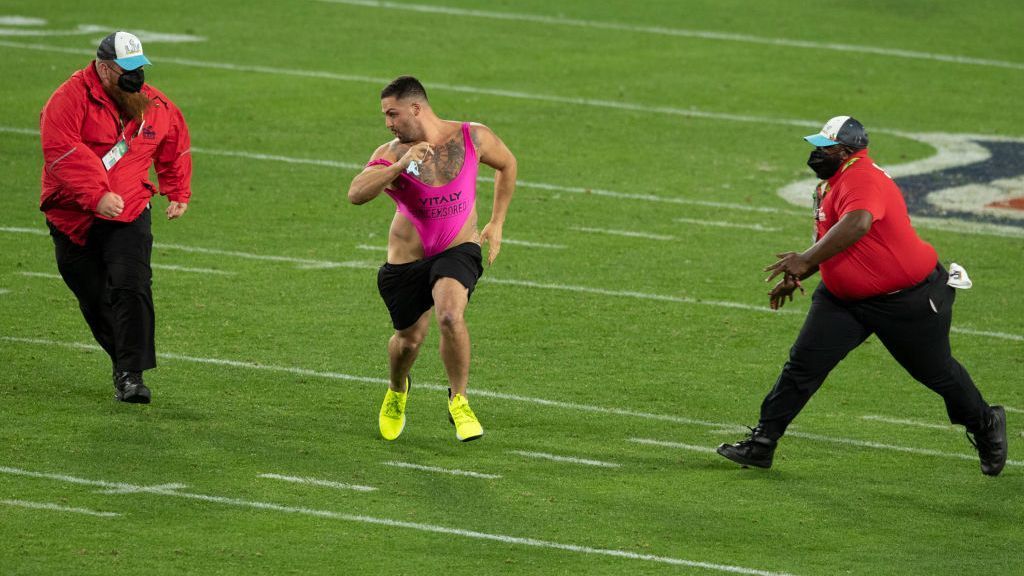 Yuri Andrade, 31, will be prosecuted for trespassing; for now, he’s free on bail

TAMPA – A man who jumped onto the field during Super Bowl LV is now facing illegal trespassing charges.

With the world watching, officials said 31-year-old Yuri Andrade invaded the field of play Sunday night during the fourth period of the game between the Tampa Bay Buccaneers and the Kansas City Chiefs.

Andrade wore shorts and a pink leotard or bathing suit. Eventually, he was brought down around the 3-yard line by security personnel, and escorted from Raymond James Stadium in Tampa, Florida.

Hillsborough County Jail records show Andrade posted a $ 500 bond and was released Monday morning. The records did not indicate his Andrade had an attorney to serve as a spokesperson.

Tampa television station WFLA reported that Andrade was dumped in the game by social media personality Vitaly Zdorovetskiy. He runs an adult site called Vitaly Uncensored, which was written on the front of Andrade’s suit.