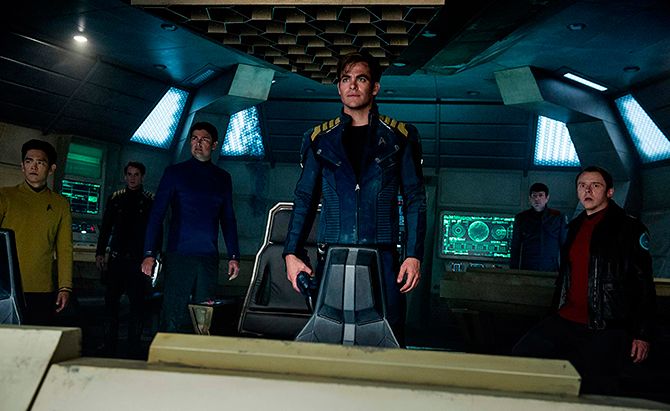 Star Trek has been telling us space stories for more than 50 years through series, movies, graphic novels, video games and a lot of merchandising. Even a few weeks ago, his most recent Amazon Prime series, Picard, premiered with Patrick Stewart returning to his iconic character serving as a continuation of the 2002 movie, Star Trek: Nemesis. However, fans have been waiting for news about the next film sequel for several years. And today we bring bad omens. Kimberley French – © 2016 Paramount Pictures. All Rights Reserved.MásStar Trek 4 has been a long season in the mouth of Hollywood, but according to Simon Pegg is likely to never see the light because of the box office results. And not because the three previous installments did not collect stratospheric figures, but because they do not generate the same as Marvel superhero movies Star Trek XI, the first installment directed by JJ Abrams that served as a film reboot of the universe surrounding the Enterprise (the Starfleet flagship) obtained a unanimous approval from the public with a collection that exceeded 344 million euros (over 134 million budget). The second, Star Trek: in the dark (2013) obtained more than € 418 million (budget: € 170 million) and Star Trek: beyond (2016) fell to about € 307 million with a budget similar to its predecessor. Far, far away, from the billion that get the vast majority of Marvel productions or competition, Star Wars. Simon Pegg, who in addition to playing Scotty was a scriptwriter of the third, talked about the project with Games Radar revealing what Many fans have been fearing for months. “The point is that Star Trek movies don’t make money that Marvel makes. They make at least $ 500 million and to make one right now at the same scale they have raised, they are $ 200 million (budget). You have to make that figure three times to make a profit, ”he revealed. A figure that none of the three films managed to reap. Star Trek 4 has been in talks since 2016 and according to Pegg, the producers lost the moment by not being able to take advantage of the celebrations for the 50th anniversary of the story during the premiere of Star Trek: beyond due to the accidental death of one of its stars, Anton Yelchin. The young Russian actor died at age 27 after being caught between his Jeep Grand Cherokee and a brick pillar. “I think losing Anton was a blow to our small family and our enthusiasm for doing another might have been affected. So I don’t know, ”Pegg added. Already at the end of July 2016, after the premiere of the third, it had been confirmed that the character was not going to be replaced in the following in honor of the interpreter, however, the project has not finished set since then. Chris Hemsworth and Chris Pine withdrew from the negotiations (the Australian allegedly left the film when he was not convinced by the script), while Quentin Tarantino continues to suggest that he works on a script to make a movie of his own about Star Trek but he will not direct. Since then, the last official word is that Paramount had removed the project from its calendar in January 2019, but in November Chris Pine again negotiated with the study to return to history along with the original cast: Zachary Quinto, Zoe Saldana, Simon Pegg and Keith Urban with Noah Hawley as director, however, Simon Pegg has sown the doubt again.More stories that may interest you: