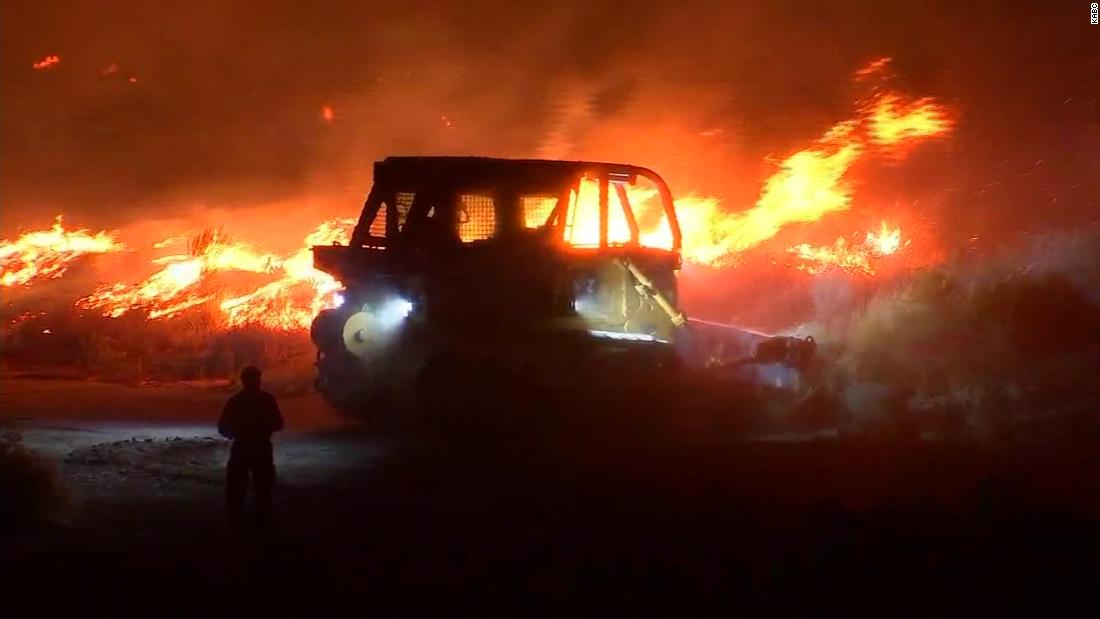 (CNN) – California Governor Gavin Newsom declared a statewide emergency on Sunday when wind-blown forest fires in the north and south of the state devoured land, destroyed homes and forced nearly 200,000 people to flee.

In the wine region of northern California, just outside San Francisco, the Kincade fire has grown to approximately 20,200 hectares and is contained by 10%, Newsom said Sunday. That is more than 12,000 hectares reported earlier in the day. The governor estimated that 180,000 people were evacuated due to the fire, which the California Department of Forestry and Fire Protection (CalFire) says destroyed 79 structures.

The Tick fire, near Santa Clarita in the southern part of the state, destroyed at least 22 structures and threatened 10,000 more, the Los Angeles County Fire Department said Sunday.

Meanwhile, Californians outside fire zones are in the dark, literally. Pacific Gas & Electric said Sunday that it cut electricity to 960,000 customers to reduce the possibility of more fires.

Californians should not expect immediate relief. Strong winds will continue to blow until Monday and a second group of winds from Santa Ana could hit southern California in the middle of the week, CNN meteorologist Haley Brink said.

Winds reached the range of 112-128 km / h on Sunday, said the National Weather Service. Newsom's proclamation mentioned a "historic wind event" and said that "the weather conditions of the fire are unprecedented due to the scale, range, wind speed and dry fuel conditions."

"We are deploying all available resources and we are coordinating with numerous agencies as we continue to respond to these fires," Newsom said in a statement. "It is essential that people in evacuation zones pay attention to the warnings of officials and first responders, and have the local and state resources they need while fighting these fires."