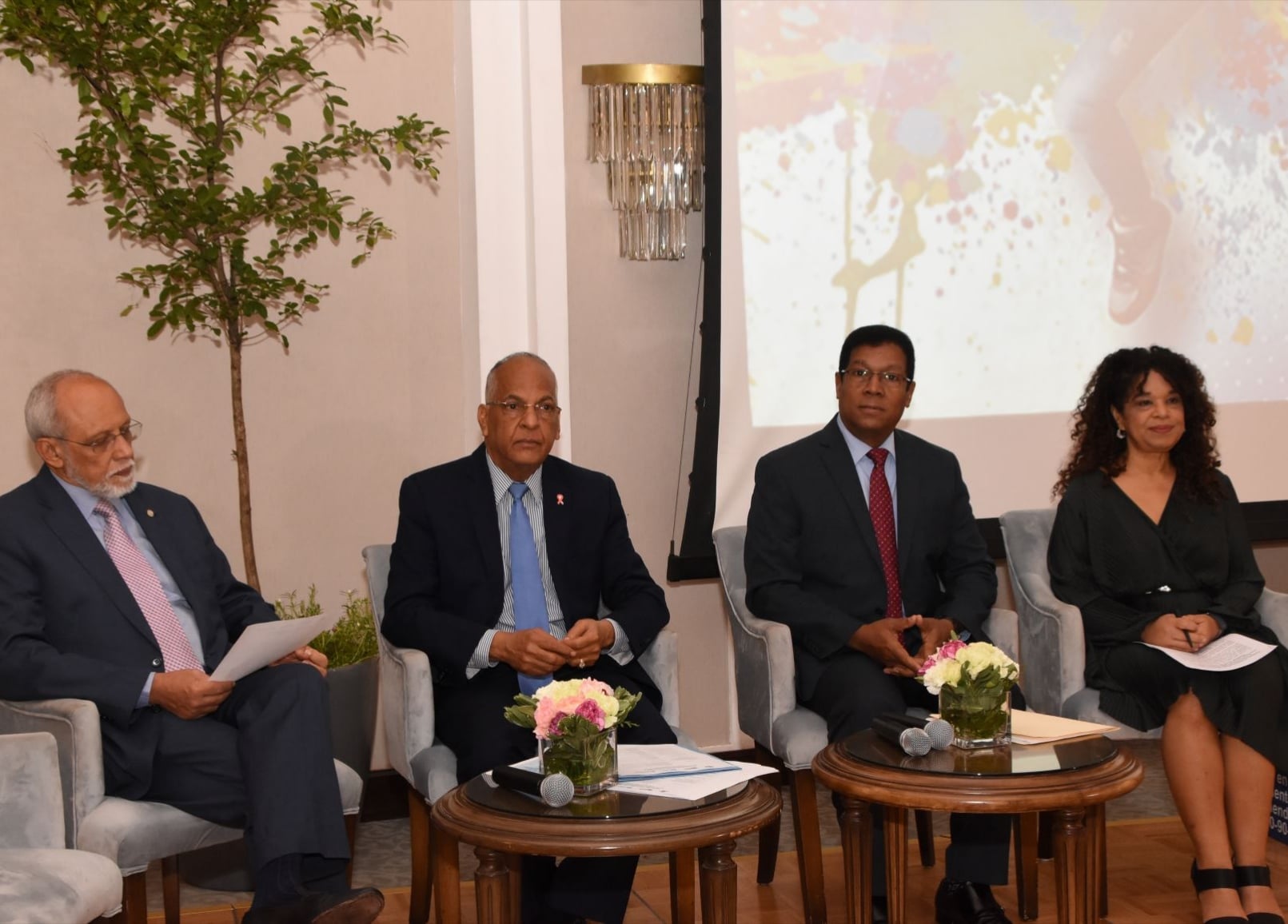 SANTO DOMINGO, Dominican Republic.- With the objective of presenting what they call “progress in fulfilling the commitments assumed” by the Dominican Republic in achieving the HIV goals by 2020, established in the 2016 AIDS Political Declaration- 2021, various Dominican state agencies held the event “From the production of data to the use of data: Moving towards the goals of Accelerated Action of HIV and AIDS by 2020”.

These instances are the Ministry of Public Health (MSP), the National Health Service (SNS) and the National Council for HIV and AIDS (CONAVIHSIDA), as well as the United Nations Program on HIV / AIDS (UNAIDS).

Bethania Betances, UNAIDS Country Director, stressed that three years after the Political Declaration on AIDS, the country's commitment to the Accelerated Action Agenda to Eliminate HIV “has not been expected, since ministerial and regulatory provisions have been established that have facilitated access to HIV testing, expanded coverage of Antiretroviral Drugs (ARV), granted financing for the purchase of ARVs and supplies, among others ».

“Every year, with the leadership of UNAIDS and the participation of the institutions of the national response to HIV, the country generates its Global AIDS Monitoring Report, for the follow-up to the 2016 Political Declaration on AIDS,” he said.

In the opening ceremony, in which authorities from the health sector offered words, the director of the Superintendence of Health and Occupational Risks (SISALRIL), Dr. Pedro Luís Castellanos, highlighted the importance of working in partnerships and urged to work together, putting in practice good will.

Dr. Víctor Terrero, director of CONAVIHSIDA, said that the country has the challenge of closing the HIV gaps in order to achieve the goals of strategy 90-90-90, since one third of the 69,000 people living with HIV nationwide, it has not achieved an undetectable viral load.

On his side, the director of the National HIV and AIDS Program (DIGETCISS) of the MSP, Dr. Feliz Báez, stressed that with Resolution 00020 issued in 2018, which mandates the fulfillment of the goals of accelerated action and the implementation of the strategy Treatment for All, the Dominican Republic demonstrated its commitment to the elimination of AIDS.

In addition to two papers presented by Bethania Betances and Yordana Dolores, of UNAIDS, six panel discussions were held by senior technicians from the event's organizing institutions and civil society, in which they shared data from the Report. Country of Global Monitoring of AIDS 2019 and together with the public analyzed the gaps and recommendations in order to meet the goals set for the year 2020.

In relation to the goal for the reduction of new childhood infections to less than 2 percent, they revealed that the advances to achieve this goal have not advanced at the expected rate, since by the end of 2018, 6.35 percent of children born from Mothers living with HIV, 6 weeks after birth, were HIV positive.

Regarding the scope of the goal of reducing 50 percent of new HIV infections in prioritized populations, they indicated that in five years, new HIV infections were only reduced by 6 percent, so to follow that rhythm, it is feared that it cannot be reached by 2023.

As for the co-infection between HIV and Tuberculosis (TB), they pointed out that about one third of new people living with HIV are receiving preventive treatment for TB.

Regarding stigma and discrimination, they highlighted that 93.8 percent of the TRANS population, 10.5 percent of Sex Workers and 4.1 percent of Men Who Have Sex with Men, experienced discrimination in health services, receiving hostility treatment or rejection by administrative staff.

They expressed that the country has a valuable strategy for achieving the sustainability of the national response to HIV and that the financial investment of the Dominican State has increased exponentially in recent decades, being a clear example of this, the universal coverage of medicines ARV and inputs, and the fact that half of the AIDS expenditure in the country originates from public sources.

Participating as panelists, José Ledesma and Marisol Jiménez on behalf of DIGECITSS / MSP, Ivelisse Sabbagh, Rosa Sánchez and Ramón Acevedo, of CONAVIHSIDA, Dania Guzmán and Claudia Bautista for the SNS, Vicente Ruiz of the IDCP, Claudia Valdez for the Consultores Group (GIS ) and UNAIDS, Manuel Meccariello, from the Center for Orientation and Integral Research (COIN) and researchers Gisela Quiterio and Virginia Vallejo, while Cesar Castellanos, served as the event's driver.