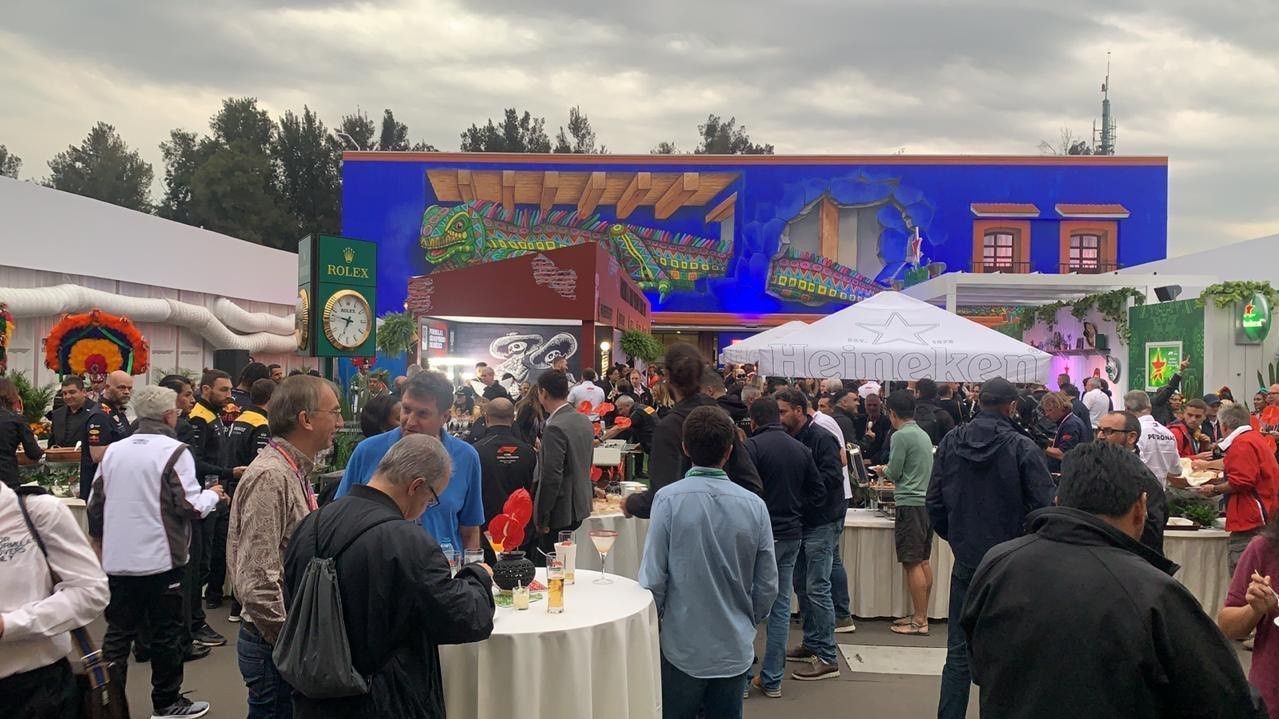 On Thursday 24, after the activities at the AHR, a 'taquiza' was offered in the paddock. ESPN

Mexican food has become a problem for the teams in the Grand Prix of Mexico and several of its members have resented it throughout the week.

The tacos and national snacks that have been offered at the Hermanos Rodríguez Autodrome are the sensation among the organizations and their different members, but ‘something’ has caused problems in some of the people.

ESPN Digital was able to confirm at Renault and Racing Point that some of its members are bad and have suffered especially for the food that was offered on Thursday night to the media and teams.

The organizers made a taquiza and among the stews were mincemeat, green pork rind, mole with chicken, cochinita pibil and tinga.

The food was not lacking in the dishes of the members of the main franchises, in addition to drinks were offered mezcal, soft drinks, coffee pot and flavored waters.

Another aspect is that in the area near the press there is a taco stand for the pastor and three tacos are given per person each time they are formed.

The teams that have suffered the most from the virus are McLaren, Renault and Toro Rosso. Also Pierre Gasly. At the moment they are preparing you for a single installation lap and expect it to improve.
Yesterday Tatiana Calderón could not dispute the Porsche free for the same problem.