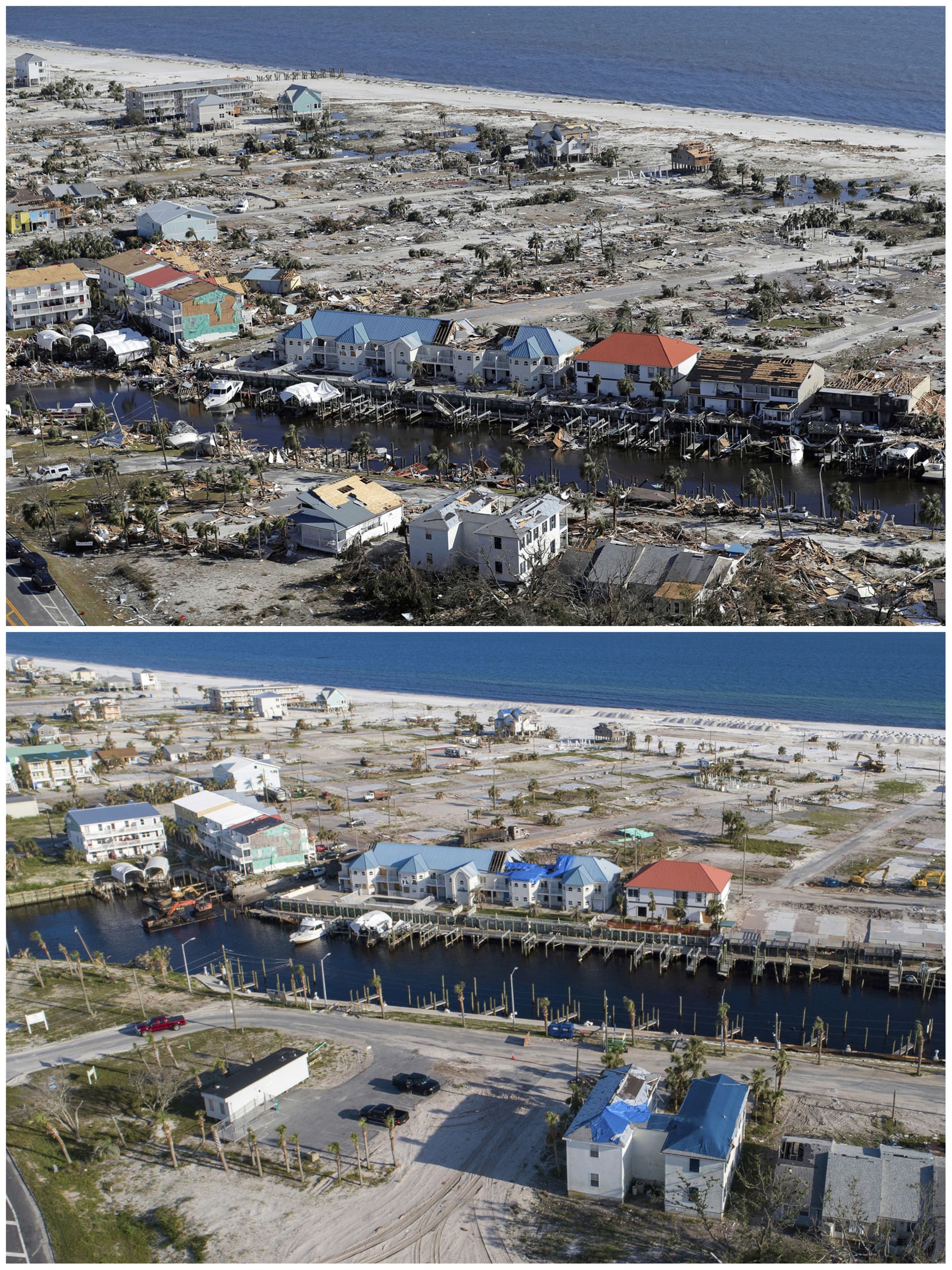 Tropical Storm Nestor, recently formed in the Gulf of Mexico, hit part of the southern US coast on Friday with strong winds, swells and heavy rains and threatens to directly hit an area of ​​northwest Florida devastated a year ago by Hurricane Michael .

The winds and swells that it causes in its trajectory towards the northeast have increased in intensity in the first hours of this Saturday, according to the National Hurricane Center (NHC), which warns that the swell can be dangerous for the human life.

But unlike Michael, a powerful storm that left thousands of people homeless and almost erased the city of Mexico Beach from the map, Florida was not preparing for a catastrophe on Friday, the Associated news agency reported. Press

"We have only prepared very little, because there really is nothing to prepare for," the mayor of Mexico City, Al Cathey, told the news agency. "We have not been alarmed at all."

As of Friday night, the state had activated its emergency operations center, but only at its lowest level. In an area that recently spent weeks without rain, the storm is expected rather with a welcoming attitude.

"You have to keep the perspective: 75% of our city was destroyed," Cathey said. "A little rain is welcome. I hope it is not something crazy, but if that is all, I can deal with that. There is nothing I have seen in this storm that makes me think that Mexico Beach needs to be alarmed."

It is predicted that Nestor, which travels with maximum sustained winds of 50 miles per hour, will hit the coast around Mexico Beach on Saturday. Currently, according to the NHC, it is less than 80 miles from Apachicola, a town located 36 miles away. Whipped by Michael in October 2018, the area is still trying to recover.

The NHC said there were to be expected strong winds and dangerous storms in parts of the northern Gulf coast, in addition to heavy rains that could help the region cope with drought, strong wind gusts and some tornadoes in the northern part and Central Florida, as well as in coastal areas of Georgia and the Carolinas.

Given these forecasts, the events planned in the Mexico Beach area, including high school football matches, were canceled or postponed, but officials tried to calm the fears of a strong blow similar to that of Hurricane Michael last year.

A tropical storm warning is in effect from the boundary between Oklaoosa and Walton, Florida counties, to Yankeetown, Florida. Another storm surge is in effect for Indian Pass, Florida, to Clearwater Beach, Florida.

The Coast Guard said that 20-foot (6-meter) swells were possible around Panama City, and that dangerous surf currents would be possible along the beaches during what is still high season for tourism.

Subsequently, Nestor should cross part of the southeastern United States while becoming a post-tropical cyclone and continue towards the open sea in the Atlantic from North Carolina late this Sunday.

Hurricane Michael leaves only left ruins where he passed