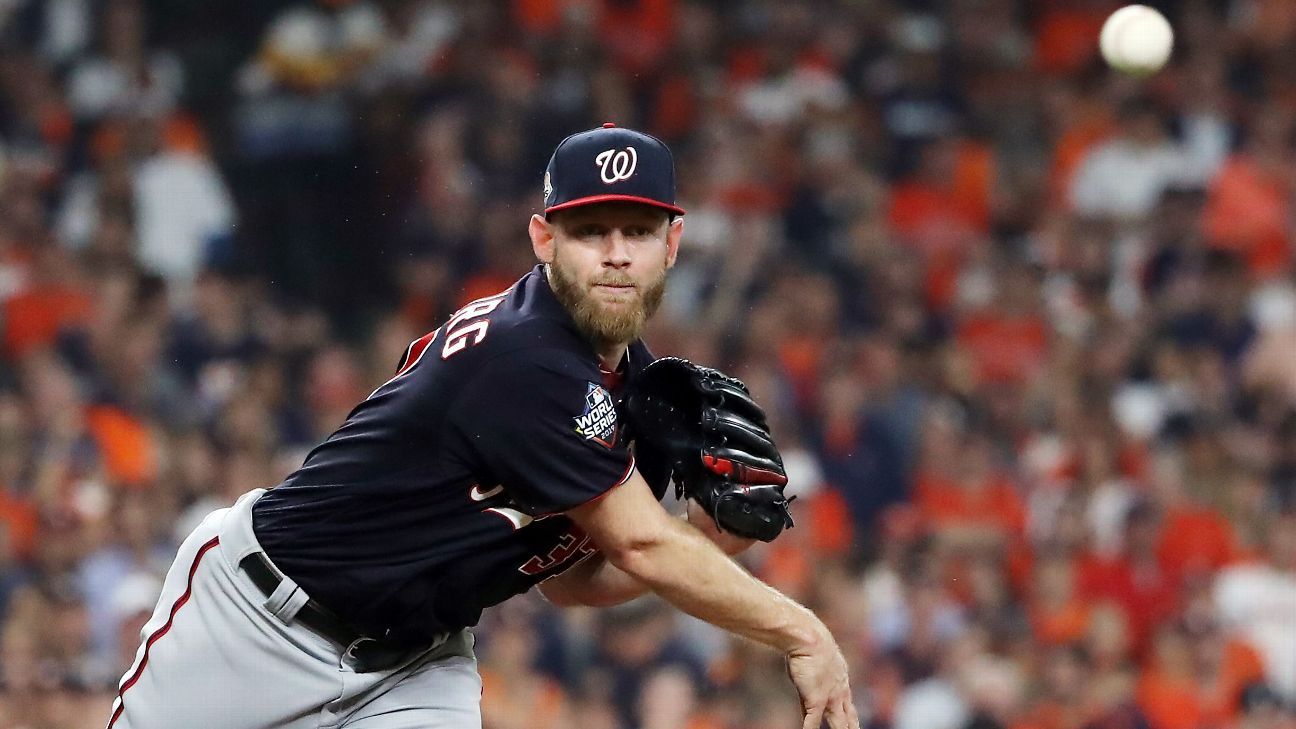 WASHINGTON – Stephen Strasburg exercised the option to terminate the last four years of his contract with the Washington Nationals, three days after being named the Most Valuable Player of the World Series.

The 31-year-old right pitcher became a free agent on Saturday. Strasburg thus waived $ 100 million dollars that he had guaranteed from 2020 to 2023, as part of a $ 175 million seven-year contract he signed with the Nationals in May 2016.

Strasburg had a record of 18-6 and an effectiveness of 3.32 in the campaign just concluded. He surpassed thirty openings for the second time in his career and was leader of the National League with 209 innings thrown.

In five starts and one relay during the playoffs, he held a 5-0 record with an average of 1.98. He won the second and sixth World Series game against Houston Astros.

Washington conquered the Fall Classic for the first time in franchise history.

In a career interrupted by Tommy John's surgery shortly after his spectacular debut in the majors, in 2010, Strasburg has a record of 112-58, with an effectiveness of 3.17 and 1,695 strikeouts in 10 seasons – not all complete .

The right won two World Series games, including a fundamental Game 6 in Houston in which he became the first starter to go at least eight innings in a World Series since Matt Harvey in Game 5 in 2015. The following night, Washington won Game 7 and Strasburg became the first pick of the No. 1 overall draft to be named MVP of the World Series.

His 47 strikeouts tied the second highest number in a postseason (Curt Schilling had 56 in 2001), and registered 1.98 of effectiveness in six appearances in general.

Opting for exclusion does not mean that Strasburg does not return to Washington, which took it out of San Diego State in 2009. But at least it will test the free agent market, which will be highlighted by him and Gerrit Cole.

Washington must also decide what to do with third base free agent Anthony Rendón, who is a free agent after hitting 34 home runs, 44 doubles and a better 126 major league-driven races last season.

The Associated Press contributed to this report.