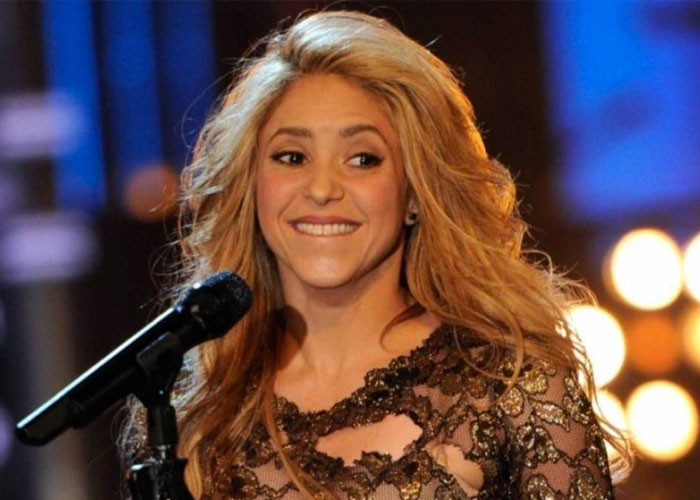 Shakira shared a video on his official Instagram account with which he showed all his followers that he loved the song by Camilo Echeverry and Pedro Capó, "Tutu".

In the clip that lasted a few seconds, the singer appears wearing a red lace top and her very casual hair, while singing a part of the song's chorus.

In addition, to show off his new look he uses a fuchsia heart-shaped glasses filter.

However, several users have criticized the interpretation of the Colombian, ensuring that it seems "as if it had an orgasm", and what makes it very sensual ".

"The song is beautiful, but you give it a terrible touch"

"Can you imagine writing a song and let Shak sing it? If it happens to me, I get 5 cardiac arrests"

"Woww it seems you had an orgasm"

"You don't sing anything, how horrible you hear"

"Hey, you should get a duet with Camilo"

When he noticed the video made by the singer, the artist could not contain his emotion and expressed it on Twitter.

If they told the 7-year-old Camilo that he sang “Inevitable” in the yard of his house in Monteria that Shakira is going to upload a video singing his song almost 20 years later … he wouldn't believe them.
My heart still can't believe it. https://t.co/Fkegpga26g

You may be interested: Young says he became gay because of the iPhone

"This has to be a lie. I'm in shock ha ha ha ha! This means the entire universe to me! Someday we will do something together! I DECLARE IT!"

And it is that with a simple letter but that speaks of the diversity of love, the Colombian musician, composer and producer has become a success with his song.

Everyone has hummed her since this hit became and apparently this also includes big stars like Shak, who shared a video singing it on her Twitter.