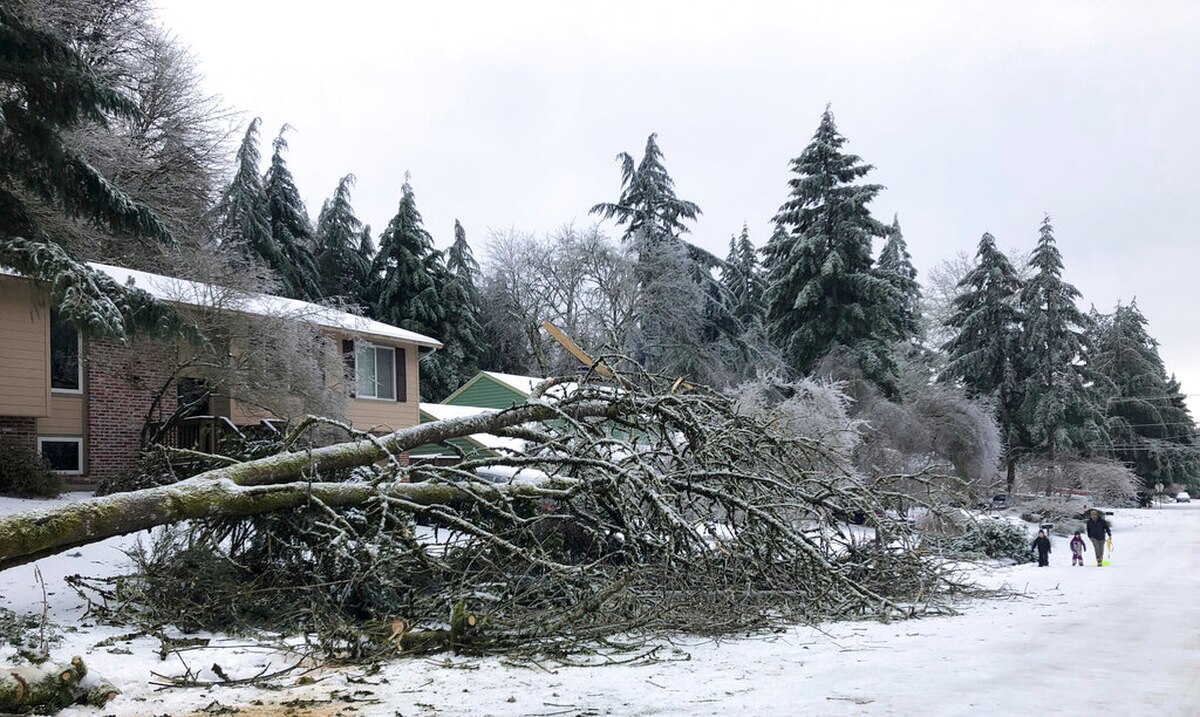 Lake Oswego, Oregon – A winter storm covered the Pacific Northwest with ice and snow on Saturday, leaving hundreds of thousands without power and affecting travel in the region.

Freezing rain covered roads, power lines and trees in the Portland, Oregon region with ice, and by Saturday morning more than 270,000 residents were without power. Extreme conditions, a lack of power and transportation problems prompted Oregon Governor Kate Brown to declare a state of emergency Saturday afternoon.

“Crews are working hard now and are coordinating with local emergency response teams regarding communication from emergency services, such as alert centers,” Brown said in a statement. “I am committed to providing state resources to ensure that crews have everything they need in their work.”

Winter storms and extreme cold affected much of the western United States, particularly exposing homeless communities. Volunteers and shelter staff were trying to make sure the homeless population in Casper, Wyoming, had shelter after the National Weather Service warned that icy winds would drop to minus 35 degrees Fahrenheit over the weekend. Authorities in western Washington and western Oregon have opened emergency shelters in an effort to protect the homeless from the rain and cold.

Some people could go without power for the weekend in the Portland region, warned Elizabeth Lattanner, a spokeswoman for PGE, one of the major companies supplying electricity to the area.

“In storms like this, power restoration takes time due to all the difficulties our crews face in getting to affected sites and repairing faults,” Lattanner said. “We have more than 600 PGE workers and contracted personnel to respond to the storm — let’s get to work.”

Many trees could not support the weight of the ice above them, falling on power lines and causing transformers to explode amid blue and orange sparks. By Saturday noon, more than 1,200 PGE power lines were down, Lattanner said.

Brian Zevenbergen watched Saturday as a crew cut down two large ice-covered trees that fell overnight on the driveway to his garage, very close to two parked vehicles. Their home in Lake Oswego also lost power overnight. Just around the corner, another huge tree blocked the street in that south Portland suburb and had knocked down a stoplight.

“Last night, everything was fine and this morning two trees were blocking my driveway from the garage and blocking at least half of the street,” he said. “Friends in the area below had light and they invited me to be with them.”

The ice and lack of electricity did not stop the children from having fun on their sleds for the second day in an area where there is rarely constant snow. Residents blocked streets with cones and removed snow plows so children could slide down ice-covered hills.