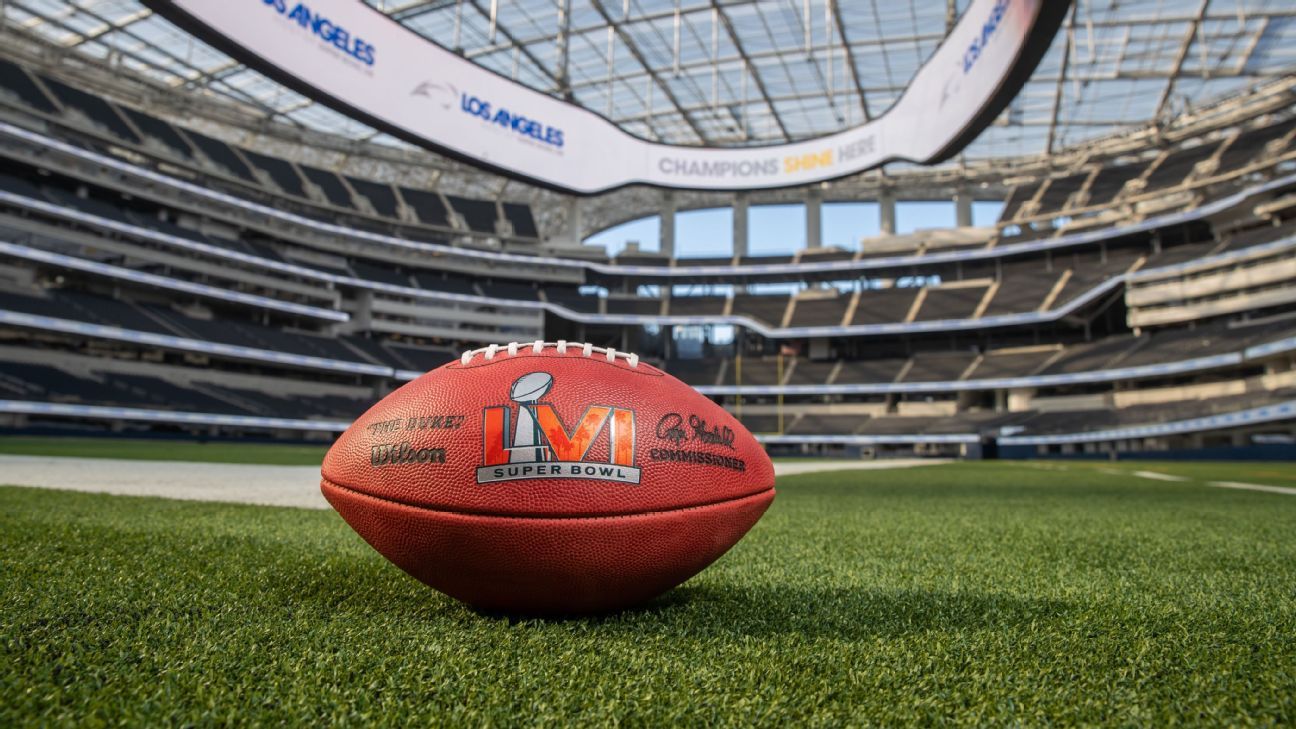 The new logo contains distinctive elements of the City of Los Angeles, where the big game returns for the first time since 1993.

The Los Angeles Sports & Entertainment Commission unveiled the official logo for Super Bowl LVI on Tuesday, which will take place next year at SoFi Stadium in Los Angeles.

In the logo, some minor changes can be observed with respect to the most recent editions, particularly Super Bowl LI to date.

The Super Bowl will return to Los Angeles for the first time since 1993. Twitter @LASEC

In the new edition, the Lombardi Trophy is clearly placed behind the Roman numerals, which helps to avoid confusion about the current Super Bowl edition, On the logo of the past Super Bowl LV, some people complained on social networks that the placement of the iconic trophy between the ‘L’ and ‘V’ made it look like it was the LIV edition, when in fact, it was the LV edition.

Additionally, within the Roman numerals, iconic elements of the Californian city can be distinguished, from warm color tones to palm tree figures.

Los Angeles is officially on the clock! Today, we are proud to unveil the Los Angeles Super Bowl Host Committee logo as we count down to Super Bowl LVI at @SoFiStadium in February 2022. #LASuperBowlHC @NFL @Ramsnfl @Chargers @SnoopDogg pic.twitter.com/xAdzmtj88e

Since Super Bowl 50, the logo has not featured such clear distinctive elements of the host city.

The Los Angeles Sports & Entertainment Commission also released a promotional video, featuring artist Snoop Dogg, to start the countdown to the big event. Super Bowl LVI is scheduled to be played on February 6, 2022.

The reveal of the Los Angeles Super Bowl Host Committee Logo on the @SoFiStadium roof. The countdown to Super Bowl LVI is on! #LASuperBowlHC #ChampionsShineHere@NFL @RamsNFL

In addition, the logo of the organizing committee of Super Bowl LVI of the city of Los Angeles was presented.

SoFi Stadium, where the game will be played, is home to the Los Angeles Rams and the Los Angeles Chargers, one of two properties shared between NFL teams, along with MetLife Stadium of the New York Giants and New York Jets. The stadium was used for the NFL for the first time last regular season.

The official logo for Super Bowl LVI, which will be played at SoFi Stadium in Los Angeles, was revealed. Twitter @FieldYates

Originally, the plan was for SoFi Stadium to host the last Super Bowl LV; but construction delays forced a search for an alternate site, designating Tampa as the site.

The Super Bowl will return to Los Angeles for the first time since 1993.

As for future Super Bowls, two of the next three are assigned headquarters. Super Bowl LVII (to be played in early 2023) will be played at State Farm Stadium in Glendale, Arizona. The great game was played for the last time in that building in the XLIX edition.

Super Bowl LVIII will be played in early 2024. Originally, it had been assigned to the city of New Orleans, but scheduling conflicts with the Mardi Gras parade forced the NFL to change venues, and there is no official decision yet. The city of Las Vegas has offered the new Allegiant Stadium for the match, but it has not yet been assigned.

Super Bowl LIX (to be played in 2025) will take place at the Mercedes-Benz Superdome in New Orleans, Louisiana, postponing the game from a previous year. The Super Bowl visited that property for the last time in edition XLVII.