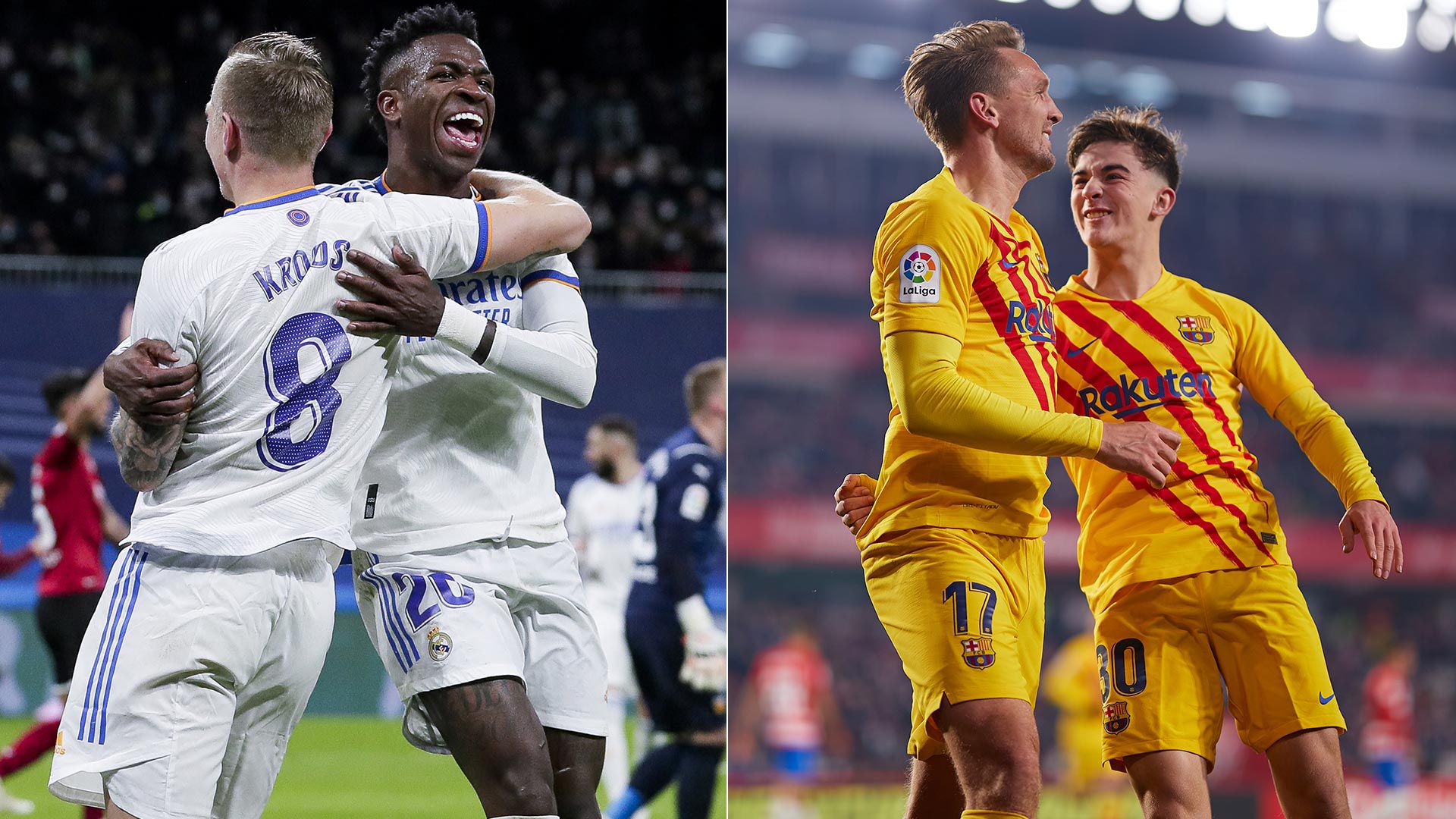 RIYADH, Saudi Arabia (AP) — Barcelona put up a fight, despite being underdogs. But in the end, it was Real Madrid who celebrated again after an exciting classic between the two powerhouses of Spain in Saudi Arabia.

The azulgrana team sold dearly for the defeat, leveling the score twice during the 90 regulation minutes. But he could not recover after the Uruguayan Valverde scored from close range to complete a counterattack when the eighth minute of the first extra time was played.

It was Madrid’s fifth successive victory against Barcelona, ​​something that had not happened since they chained seven wins between April 1962 and February 1965.

Athletic Bilbao, reigning Super Cup champions, will meet Atletico Madrid, champion of the Spanish League, in the other semi-final on Thursday.

The Super Cup returned to Saudi Arabia this year after the pandemic forced the previous edition to be moved back to Spain. The tournament was moved to the Arab nation and expanded from two to four teams, with a “Final Four” format. It is part of a deal worth $30 million a year ($34 million) per year through 2029, according to media reports.

The changes sparked criticism from human rights activists and complaints from fans who prefer the tournament to remain in Spain.

In Riyadh, a collective brilliance in a counterattack put Madrid in the final against a more competitive Barcelona compared to the one dominated last October by the white team, who won 2-1 in La Liga.

After entering for Luka Modric in the final stretch of regulation time, Valverde capitalized on a diagonal that Rodrygo sent from the right and that Vinícius Júnior let pass between his legs.

“We did a good job, the whole team did a great job,” Valverde said. “I’m happy for the opportunity the coach (Carlo Ancelotti) gave me in a match like this”.

In regular time, Vinícius and Karim Benzema scored for the meringues at 25 and 72 minutes, but there was a reaction to those advantages by Barcelona.

Luuk de Jong and Ansu Fati, who returned to play after an absence due to the injury suffered on November 6, scored the Barça goals at 41 and 83.

“In the first 20 minutes we left with a complex, then we competed with them, we took a step forward and we were better than them”, said Xavi Hernández, the Barça coach who took over the reins in November. “But we leave proud, it’s a game to grow”

Rodrygo kicked out a counterattack that Benzema led in extra time stoppages with which he could have extended the victory.

Madrid’s recent supremacy against Barcelona has allowed it to distance itself from its arch-rival in the classics, which began its history on May 13, 1902. Barça has 96 wins and 52 draws.

“I think we have competed very well”, valued Barça defender Gerard Piqué. “This is not the result we expected. Losing against Madrid hurts, but we are closer to winning, we need to win, that definitive step is missing”.

Vinícius opened the account with a drop down the left wing, in which Benzema enabled it after stealing the ball in midfield from Sergio Busquets, to finish defining with a left foot shot up.

Luuk de Jong managed to level for the first time for the azulgranas, sending a shot into the net in the small area after a poor clearance by Eder Militao. It was the third game in a row in which the Dutchman scored for the Catalans.

Benzema put the Whites back in front thanks to a shot in front of the open goal from Dani Carvajal’s cross, which was barely deflected by goalkeeper Marc-André ter Stegen.

Fati came on as a substitute at 66 and in the final stretch he was decisive with his accurate header to the center of Jordi Alba that left goalkeeper Thibaut Courtois without options.

Trailing 17 points behind Madrid in the fight for the La Liga title, Barcelona ushered in attacking midfielder Pedri’s return to the field after an absence dating back to late September with a muscle injury.

Striker Ferran Torres enjoyed his debut with the Catalans after arriving as a reinforcement in this winter window from Manchester City and being signed up this week.

It was Xavi’s first classic as Barcelona coach. Ronald Koeman was still on the bench during the 2-1 draw three months ago at the Camp Nou.

Only about 30,000 spectators were allowed into the 62,000-capacity King Fahd International Stadium due to the pandemic.