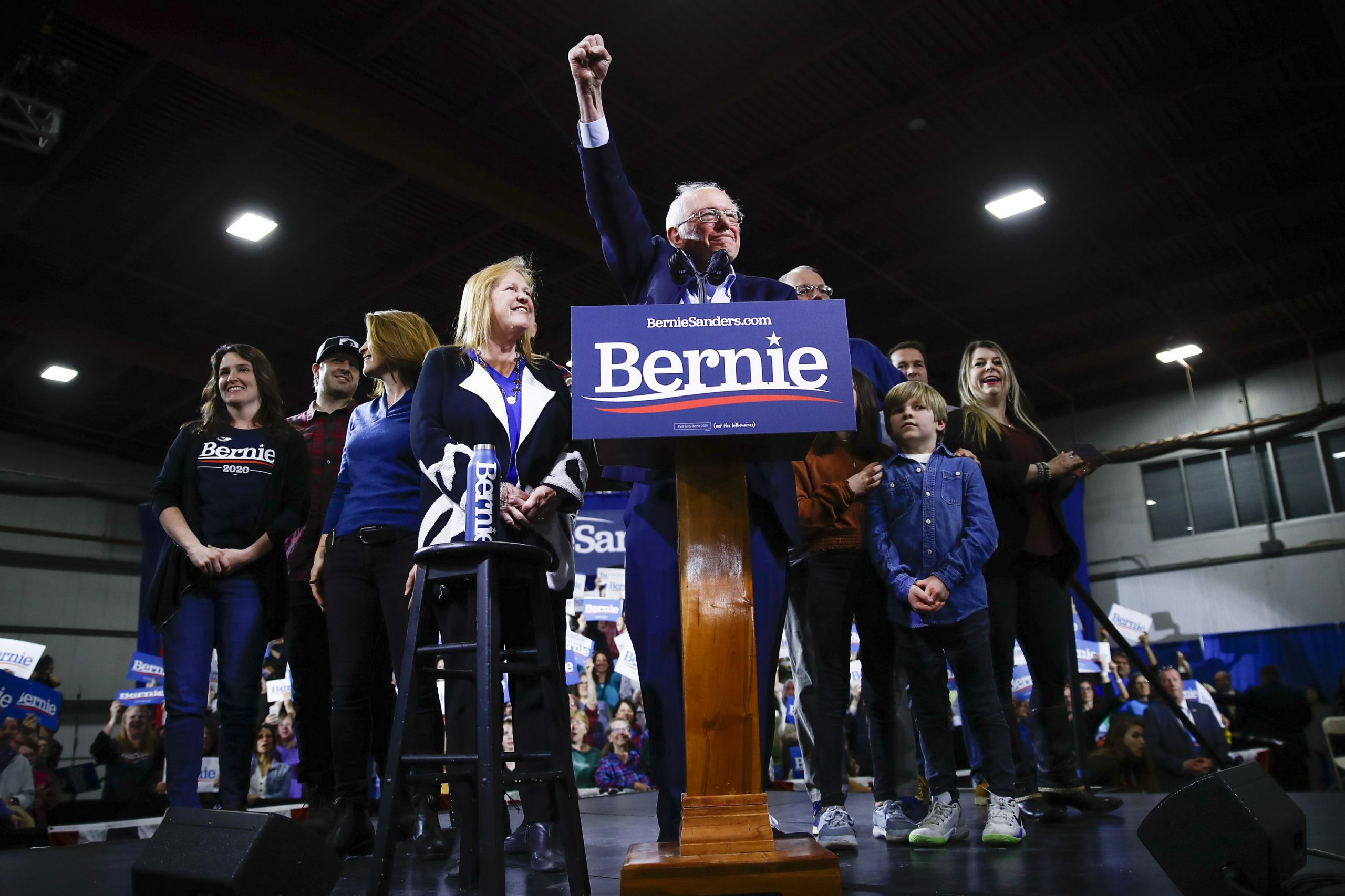 WASHINGTON (AP) – Suddenly, the Democratic Party presidential stage, which had more than half a dozen candidates a week ago, turned into a two-man competition: former Vice President Joe Biden, 77, and Senator Bernie Sanders , out of 78.

With Biden and Sanders, Democrats have two very different options for choosing the kind of candidate they will want to present in November.

Sanders is a social democrat who has a strong coalition on the left bank of his party to fight his battle, begun decades ago, to transform the country’s political and economic systems. Biden, a veteran politician from the traditional Washington mainstream, advocates a more pragmatic strategy on key issues like public health and climate change.

A revived Biden scored victories from Texas to Massachusetts in the primaries held the day before, the so-called Super Tuesday, revitalizing a presidential bid that was on the brink of disaster just days before, but Sanders took the jackpot with a victory in California that He assured that he – and his version of democratic socialism – will continue the fight for the Democrats’ presidential nomination in the immediate future.

It could still be weeks or months before the party leans on one of them to confront President Donald Trump, but the new tone of the campaign began to take shape in the statements that crossed Tuesday night from opposite ends of the country.

“People talk about a revolution. We’ve started a movement, ”Biden said in Los Angeles, appropriating one of Sanders’ signature phrases.

And without citing his budding rival by name, Sanders attacked Biden in his speech in Burlington, Vermont.

“You can’t defeat Trump with the same old politics as always,” Sanders said, listing a list of differences with Biden on issues like social security, trade, and the military. “This will become a clash of ideas.”

Biden’s victories were fueled by Democratic voters who opted for him just days before casting their vote, in a wave of belated momentum that stirred internal strife within hours. In some states, late-decision Democrats made up about half of all voters, according to AP VoteCast, which conducted voter polls at several state primaries.

For his part, Sanders demonstrated that he could succeed in what was perhaps the greatest test of his long political career. His victories were due to a progressive, youth, and Latino base, but he failed to gain traction among seniors and college graduates, who make up a sizable chunk of Democratic voters, according to AP VoteCast.

Warren finished in an embarrassing third place in his state, while Bloomberg was planning to decide the future of his campaign on Wednesday after spending more than $ 500 million to achieve a single victory: the American territory of Samoa.

On Twitter, Trump called Warren “selfish” for staying in the fray only to “have Bernie hurt a lot.”

The balance of the Super Tuesday battlefield, with Biden winning at least eight states and Sanders four, raised questions about whether the Democratic primaries would extend until the July convention or be decided much earlier.

Biden’s good result completed a drastic change of direction in just three days, in which he has taken advantage of his clear triumph in South Carolina to score extensive victories thanks to the support of voters in different places, classes and races. And in case there was any doubt, he reinforced his position as standard bearer of the traditional current of the party.

The former vice president showed a show of force in the northeast, with a victory in Massachusetts, Minnesota won in the center-north of the country and prevailed in the south with wins in Virginia, Alabama, North Carolina, Tennessee and Arkansas, in addition to Oklahoma .

Sanders, a Senator from Vermont, started the night as a clear favorite and seemed on track to get a big advantage on the delegate count. And in addition to California, the state that allocates the most delegates, it achieved decisive victories in the state it represents, as well as in California, Utah and Colorado.

Biden racked up wins despite having less funding and fewer staff than other applicants. For example, the moderate Bloomberg invested more than $ 19 million in television commercials in Virginia. Biden, meanwhile, spent less than $ 200,000.

Biden used his South Carolina victory to convince his edgy moderate allies to support his campaign. His former rivals Amy Klobuchar and Pete Buttigieg canceled their last-minute nominations and supported the former vice president in the days leading up to Super Tuesday.

Associated Press journalists Zeke Miller and Brian Slodysko in Washington and Kathleen Ronayne in Los Angeles contributed to this report.