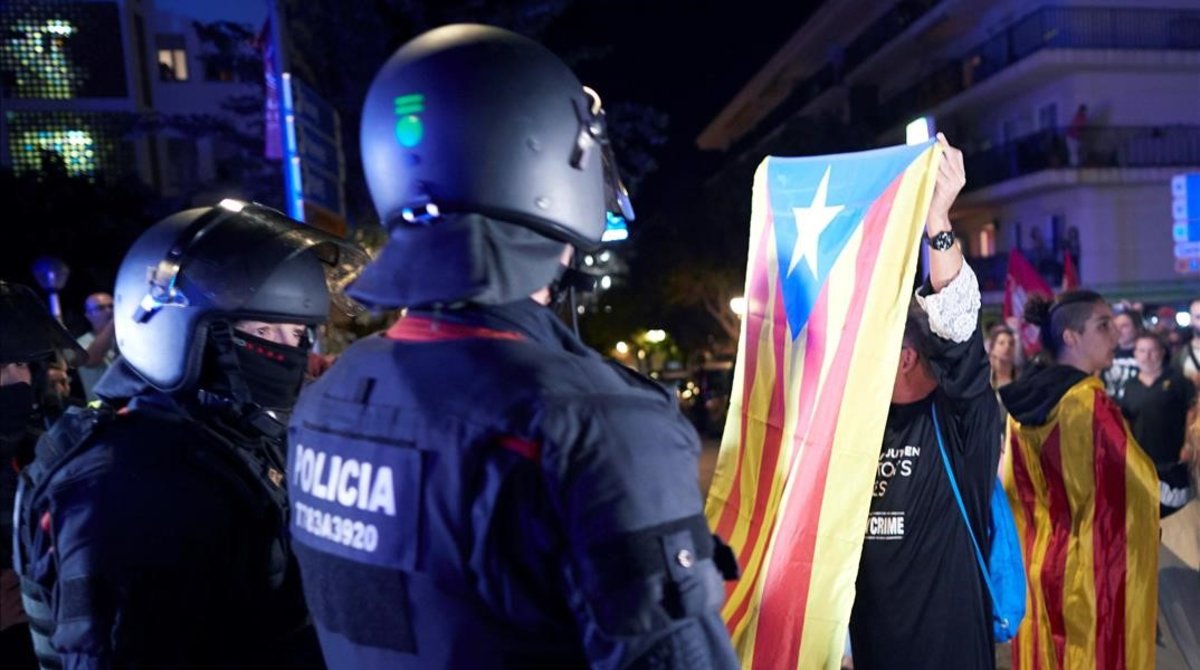 More than a hundred protesters against the Civil Guard have demonstrated on Thursday in Calella to demand the withdrawal of the police force of Catalonia in a march that has coincided with another that has gathered dozens of people in support of the Benemérita.

Under the slogan "Fem-los fora! (Let's throw them!)", Groups of Defense Committees of the Republic (CDR), the CUP and La Forja – entity of the independence left – have called a march at 7.30 pm He made a tour from the Town Hall to the Civil Guard headquarters and has forced to cut the N-II.

On the other side of the road and separated by a large device of the Mossos d'Esquadra, dozens of supporters of the State Security Forces and Bodies have gathered to support them with the slogan "You are not alone."

The supporters of the Benemérita, among whom were former councilors of the municipal group of the Popular Party, have waved flags of Catalonia and Spain while singing the national anthem and the song of Manolo Escobar "And long live Spain".

For their part, the independence protesters have claimed the expulsion of the Civil Guard on the occasion of the second anniversary of the 1-O, when several provisions that served as police reinforcement to stop the referendum were lodged in Calella and Pineda de Mar.

"After 1-O the repression continued more than ever and still continues. Calella and Pineda suffered the occupation of hundreds of Spanish agents and illegal charges that we neither forget nor forgive," the CDR said on Twitter.

Anti-system protesters have also loaded empty suitcases that they have left in front of the barracks to "invite" the civil guards to leave Catalonia.

There they have read a manifesto with which they have criticized that "there is still a redoubt of the repression of the State", which they have referred to as "nostalgic, stale and outdated" because "he uses all the tools at his disposal to frighten, imprison and retaliate. "

Last year about 400 people also carried out a march in the town to protest the police charges that took place in some voting centers in several parts of Catalonia during the 1-O.

In fact, in 2017 Calella was the scene of great controversy after some hotels expelled agents of the National Police and the Civil Guard who were staying in the town and destined for Catalonia to avoid sovereignty consultation.