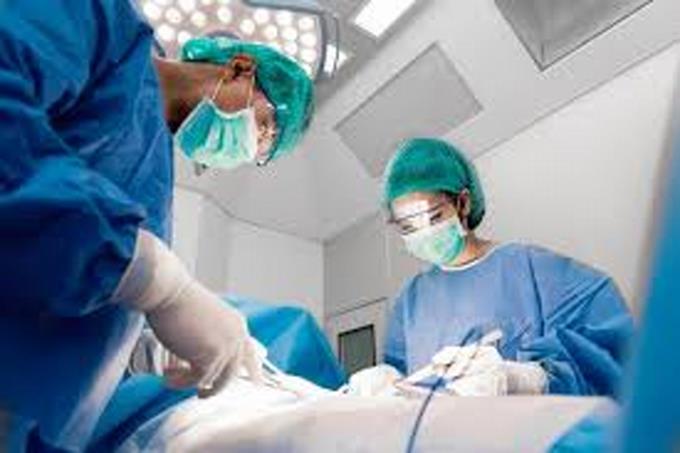 When Veronica Merrill decided that she wanted to reduce her stomach to lose weight she found two options: pay $ 12,000 in the United States or make it in Mexico for 4,000. He packed his suitcase and opted for the second.

The insurance would only cost the operation of being morbidly obese, with diabetes and hypertension, and it is not the case of this 50-year-old American, who today weighs 95 kg and aspires to reach 72, precisely because she believes it would be better to prevent being sick.

"It's sad that I have to come to another country" for a medical procedure, said Merrill, who drives a school bus in a rural area of ​​Arizona and is very critical of the American health system, the most expensive in the world.

Determined and after researching medical tourism options, she raised the money and contacted a specialized agent to organize her trip to Tijuana, where weight loss operations and dental treatments are the most popular procedures. Some also travel to treat cardiovascular, orthopedic, fertility or cancer conditions, as well as to buy medicines.

"If I had only had the option of operating in the United States, I simply did not. I cannot pay so much," Merrill told AFP. "What I want is to be healthy."

It is estimated that about 20 million patients travel medical tourism every year in the world, according to the specialized guide Patients Beyond Borders, which has 1.9 million Americans traveling outside its borders to receive medical care.

The most progressive Democratic candidates for the 2020 presidential elections, Bernie Sanders and Elizabeth Warren, propose a system of universal medical coverage, an idea that Merrill considers "logical."

Mexico and Colombia, which many Americans only relate to drug trafficking, as well as Costa Rica and the Dominican Republic are among the frequent destinations in Latin America, according to a specialized index. They offer low costs and quality infrastructure.

Medical Tourism Corporation organized Merrill's trip to the millimeter: he flew from Phoenix to San Diego to cross the border with a chauffeur.

That night he spent in a luxury hotel for the next day to go to the Oasis of Hope hospital, which is very close to the copper fence that separates Mexico from the United States.

"We coordinate with doctors and hospitals, we have staff that helps patients with logistics, with language," said Deepak Datta, who founded Medical Tourism 13 years ago and today moves between 60 and 70 patients a month to several countries of the world, mainly Mexico.

Only 4.7 million people travel to Tijuana each year, including patients and companions, according to a study published in 2015.

"I have two or more operations every day" from foreigners, explained Dr. Luis Cazares, who extracted 80% of Merril's stomach and said that his biggest flow of patients is during the season of tax refunds in the United States, after April .

In the van to the clinic, Merrill was talking to a Texas couple, who also criticized the cost of health in the United States: $ 35,000 for a hernia, the husband complained.

"We do nothing to regulate prices unlike other rich countries," Gerald Kominski, a professor of health policy at UCLA University in Los Angeles, told AFP. "Medical tourism from a high-income nation is indicative of a problem of accessibility and not of quality … The insurances are still not very accessible for those who do not have a job or do not qualify for the three public programs."

If "Medicare for all" is specified, which the more moderate candidates do not see viable, medical tourism will not decrease, agreed Edelheit and Datta. It did not happen with the health reform promoted by former President Barack Obama in 2010, which demanded that all adults have a health plan, whether provided in their jobs or sponsored by the government.

"The offer of medical tourism by employers then expanded because the costs doubled with Obamacare," Edelheit said, setting an example that saved 20 million dollars in five years "by financing hundreds of orthopedic and bariatric operations" outside from the United States.

With the new proposal, "we would move more towards a system like Canada and Europe," where the wait for a stomach operation is about two years because it is not an urgent procedure, he added. "Then many will look for options in medical tourism" to expedite their case.

In fact, many Canadians are patients of the Oasis hospital through Medical Corporation.

Europe is also a sought-after destination, although unlike some emerging economies, such as Singapore, Thailand and the Philippines, it does little promotion to attract American patients.

It is not that the United States does not receive health tourism: it has one of the most advanced systems in the world and receives patients with high purchasing power from Arab and Asian countries … a luxury that Merrill cannot afford, which he preferred not to mortgage and today is Satisfied with your operation.