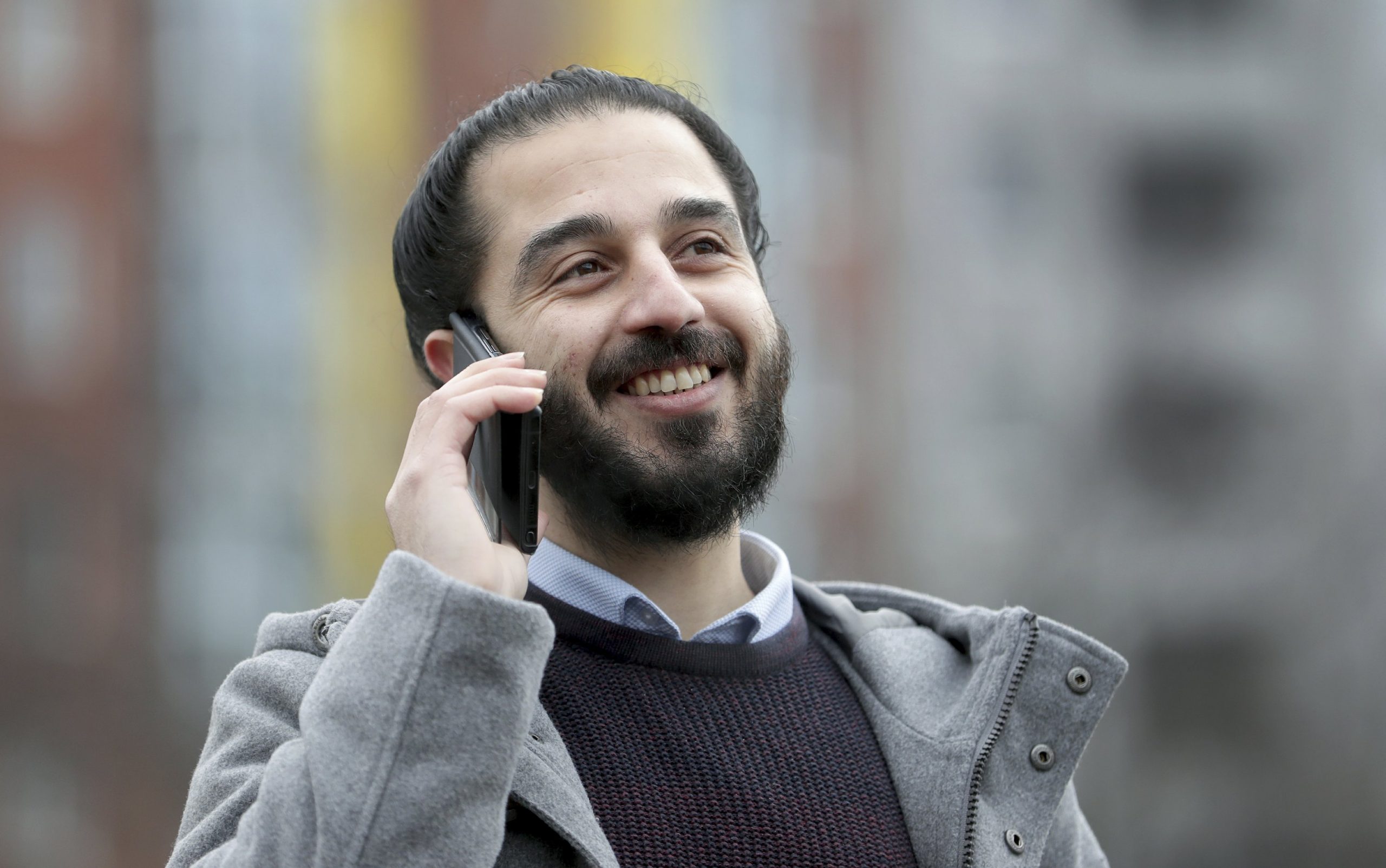 BERLIN (AP) – Five years ago, Tareq Alaows crossed the Mediterranean in a rubber boat and then crossed the Balkans on foot to Germany, escaping civil war in his native Syria.

Since then, the 31-year-old has learned to speak German, has found a stable job and has just launched his candidacy for Parliament in the September elections.

“I am running for the national parliament as the first refugee from Syria,” Alaows softly told the Associated Press during a rally in support of asylum seekers in front of parliament. “I want to give refugees and migrants from Germany a voice, and fight for a more diverse and just society for all.”

Alaows joined the Green Party last year and is running for office in Oberhausen-Dinslaken in western Germany.

With his beard and long black hair in a bun, he has the typical informal look of “green” politicians and shares his emphasis on human rights and social justice.

In Syria, he participated in peaceful protests against the government of President Bashar al-Assad while studying law at the University of Aleppo. He was a volunteer for the Red Crescent during the civil war and helped keep track of internally displaced people.

In 2015, in the midst of an increasingly brutal war and with mandatory military service ahead of him, Alaows decided to escape “to a place where you can live in safety and dignity.”

After arriving in Dortmund, western Germany, on September 3, 2015, he resumed his activism as he faced a system overwhelmed by the arrival of more than a million migrants last year.

To begin with, he was housed in a gym with 60 other people. “Nobody could sleep at night if a boy cried,” he said. He participated in the organization of protests about the conditions of the place.

He now works as a legal advisor to asylum seekers at a non-governmental organization in Berlin, dividing his time between the capital and the city of Oberhausen.

“I want to help improve the living conditions of the refugees,” said Alaows. “It is not right that they languish in the vicinity of the European Union in precarious conditions, that they drown in the Mediterranean and have to live in large camps in Germany, while the European interior ministers meet to find ways to keep them out (of the bloc). ) or deport them ”.

At the end of 2020, 818,460 Syrians lived in Germany. Most of them have not yet applied for German citizenship. Alaows is one of the first to meet all the requirements to apply for citizenship, which he hopes will be approved before the September 26 elections.

In total, 21.2 million of the 83 million people living in Germany have roots abroad, mostly in Turkey and also in the Balkans, the former Soviet Union and Poland. Syrians, Afghans, Iraqis and other refugees who have arrived in recent years number 1.8 million people.

People of foreign origin, however, continue to have very little representation in different sectors of society, including Parliament.

Of the 709 legislators who took office in the last national elections in 2017, only 58, or 8.2%, are descendants of immigrants, according to Mediendienst Integration, an organization that studies immigration in Germany.

All the more reason why Alaows has felt at home in the Green Party, which advocates better conditions for integration as well as promoting environmental issues. Almost 15% of its legislators are of foreign origin.

“Tareq is a candidate who wants social justice and equality for all human beings, and inclusive policies,” said Beate Stock-Schroer, spokesperson for the Greens in Alaows district, when the Syrian launched

Germany has a complex electoral system that gives each citizen two votes, one for a delegate from his district and one for a party list. Alaows has to row against the current to get to Parliament, as the big parties usually win almost all the seats, but he could achieve his purpose if he manages to rank well on his party’s regional roster.

His campaign focuses on that possibility.

A handful of volunteers, mostly young and enthusiastic like him, answer questions from the press, keep their social media accounts active, and post videos and photos.

On Saturday Alaows participated in a demonstration against the deportation of people who were denied asylum to their countries of origin.

“No one is illegal,” read a poster and the speakers asked that the refugees be admitted.