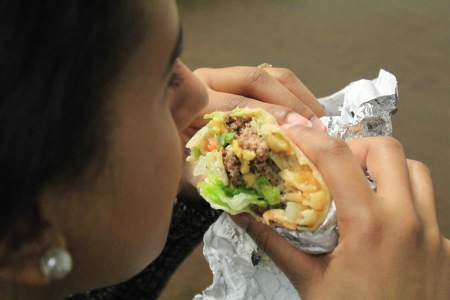 The Taco Bell fast-food restaurant chain has removed some two million pounds of seasoned meat from its stores nationwide, for fear that it will be contaminated with metal chips, CNN said.

According to CNN, the decision has affected all the restaurants in the chain in 21 states of the country, of which 100% of the product has already been withdrawn.

"Nothing is more important than the safety of our customers and nothing means more to us than their trust," said Taco Bell president for North America, Julie Masino, in a statement quoted by CNN.

Masino said that as soon as they received the first complaint from one of their clients, they immediately proceeded to remove the product from the affected restaurants.

The Department of Agriculture's Food Safety and Inspection Service (FSIS) said in a statement that the meat comes from the Kenosha Beef International, based in Ohio, which is a supplier of Taco Bell.

The meat, used in burritos and tacos, was dispatched by the supplier to five distribution centers and from there to restaurants throughout the country, the information added.

The press release added that the problem was discovered after the supplier company informed FSIS that it had received complaints from three customers.

However, he clarified that no confirmed reports of adverse reactions have been received after consuming the product.

"Restaurants that bought these products are urged not to serve them," FSIS said, indicating that they should be discarded or returned to the place where they were purchased.

The meat, the official information indicated, was produced between September 20 and October 4.