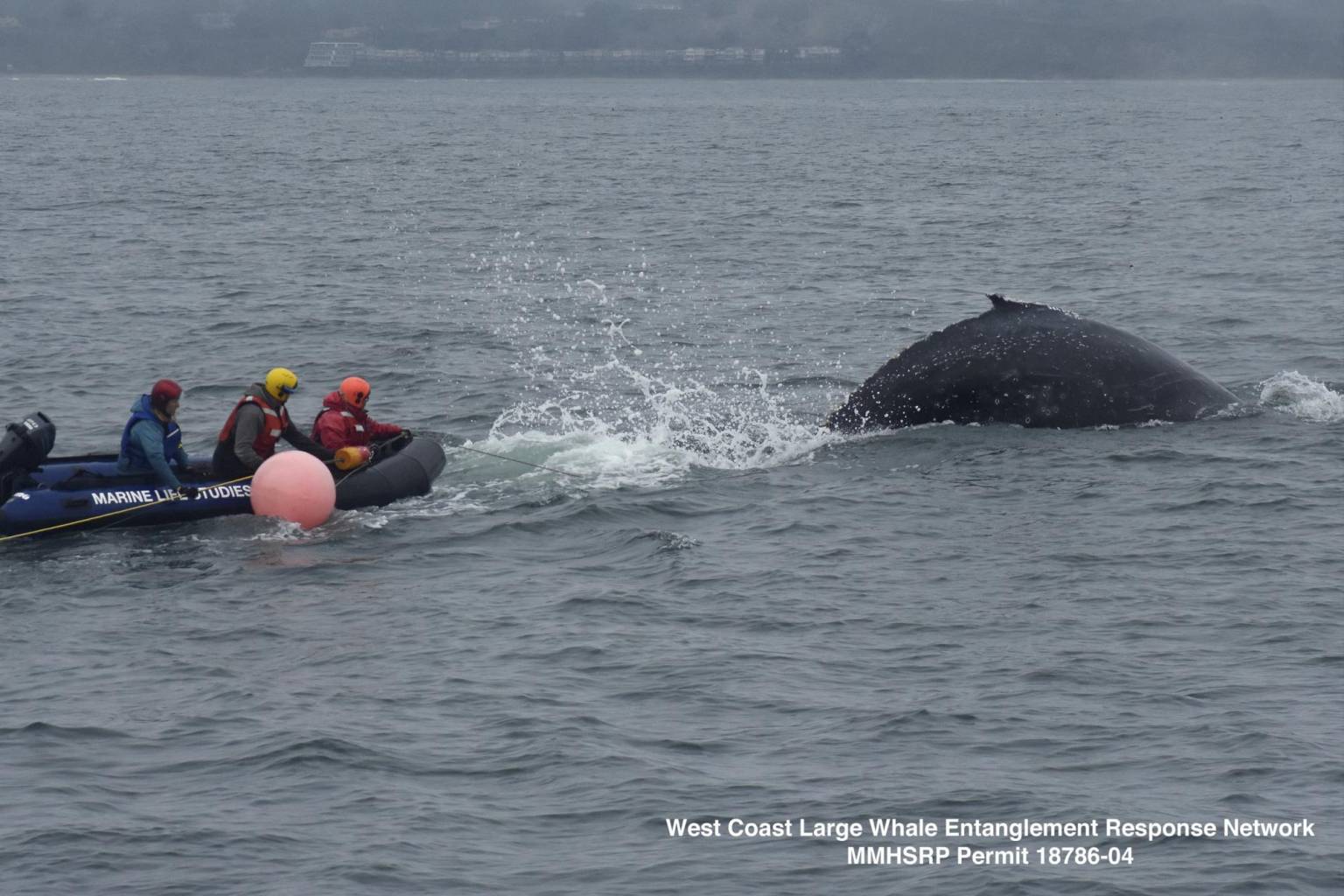 MOSS LANDING, California, USA (AP) – A team of rescuers helped free a young humpback whale that was trapped in fishing equipment in southern San Francisco, days after some fishermen detected it, a conservation group said Tuesday.

Rescuers aboard a small inflatable boat in Monterey Bay connected five large pink buoys to the fishing line to slow the whale and keep it close to the surface on Friday, said Peggy Stap, founder and executive director of Marine Life Studies, a conservation group in Northern California.

Subsequently, they cut the fishing line that crossed the back of the whale. The entire team broke loose and the cetacean swam freely, he added.

A fisherman was the first to see the whale on December 9, but when the US Coast Guard came to the site, the animal was no longer there, Stap said.

They saw her again two days later, but conservation groups and the Coast Guard could not find her after a search that lasted all day.

Stap said another ship saw her on Friday, when a Marine Life Studies team was nearby and was able to keep the mammal until the rescuers arrived.

The number of entangled whales is on the rise and the authorities try to contain it. This year, the California Department of Fish and Wildlife delayed the commercial Dungeness crab season by one month to reduce the risk of whales getting caught in fishing lines.