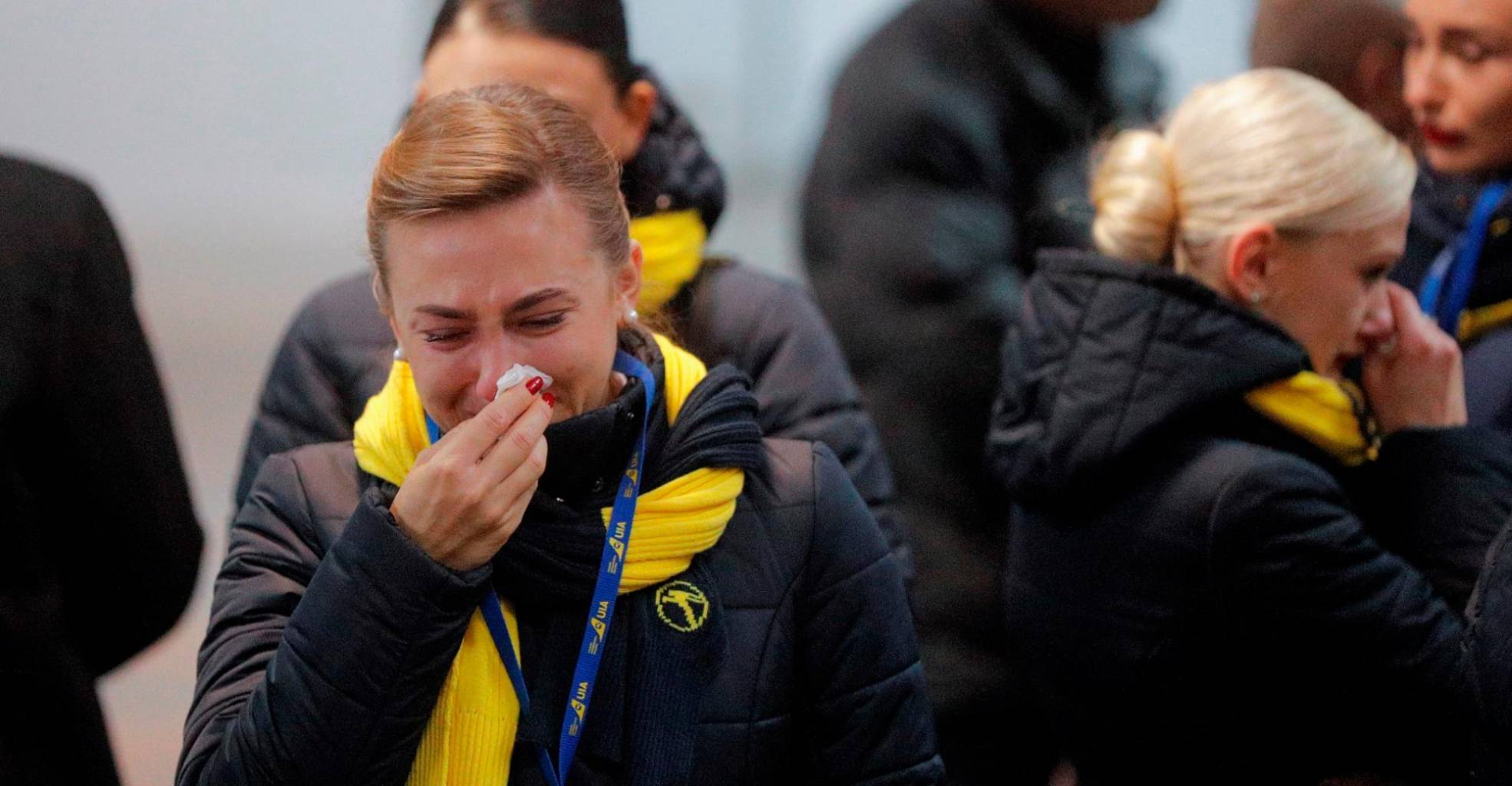 The tears and flowers of hundreds of people welcomed on Sunday the Kiev repatriated coffins of the eleven Ukrainians killed in the civilian plane shot down by mistake in Iran, in a context of exacerbated tensions between Washington and Tehran.

Zelenski, dressed in dark clothes, put flowers in the coffins of the nine crew members and the two deceased Ukrainian passengers and spoke briefly with their relatives.

The coffins, wrapped in Ukrainian, blue and yellow flags, were transported to the track by honor guards who also raised the flags of other countries of origin of the victims.

The coffin will remain several hours in an airport terminal to receive tributes. The funeral is scheduled for Monday.

The Ukrainian president did not deliver any speech, but the presidency expressed in a statement his "sincere condolences to the families and relatives of the victims."

"Our deep condolences to loved ones and eternal memory to the victims," ​​said Oleksi Danilov, secretary of the National Security and Defense Council of Ukraine, on Facebook. "Our work will continue until the circumstances of the tragedy are fully clarified and the guilty are punished," he added.

For his part, the Minister of Foreign Affairs, Vadim Pristaiko, expressed on Twitter his "deep gratitude for the messages of sympathy and solidarity received from all over the world."

The Boeing 737 of the UIA crashed shortly after takeoff from Tehran in the direction of Kiev on January 8, causing the death of all passengers and crew, that is, a total of 176 people, mostly Iranians and Canadians.

After three days of denial, the Iranian armed forces admitted that they had shot down the plane by "error."

Iranian President Hasan Rohani apologized to his Ukrainian counterpart and promised to punish the guilty.