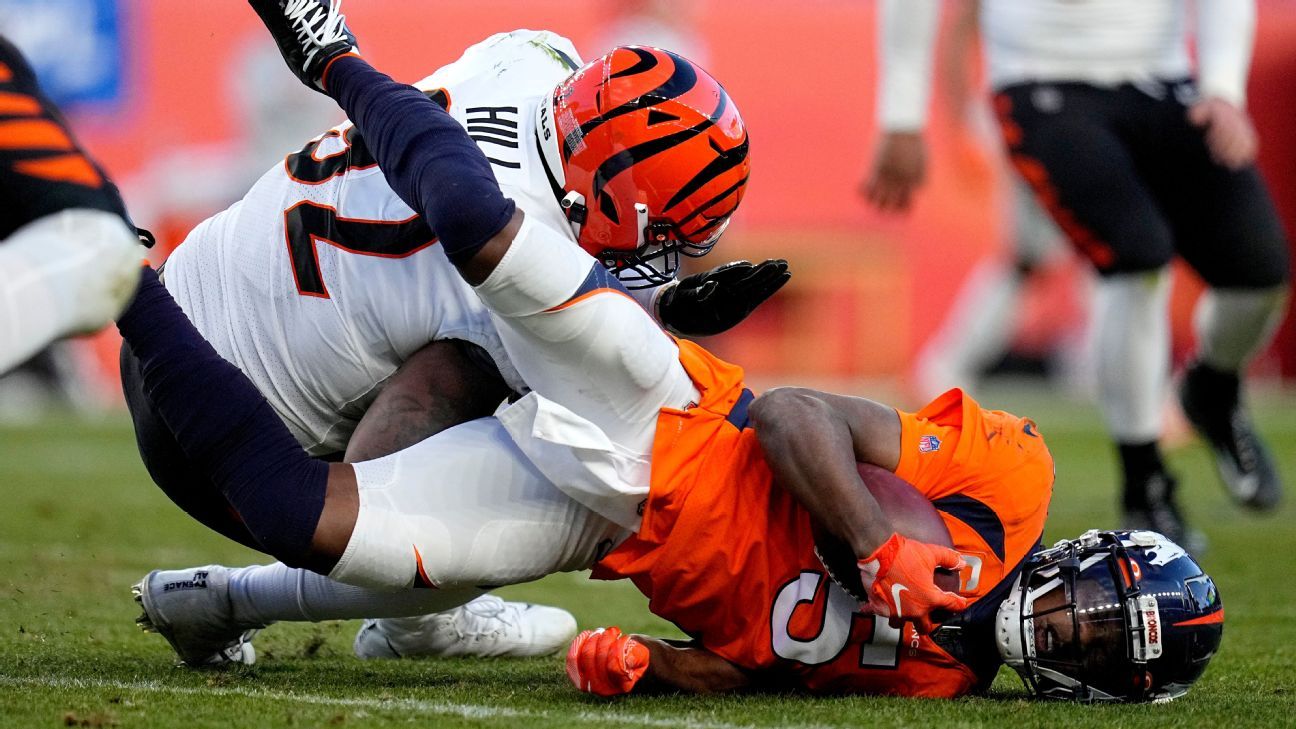 Denver Broncos quarterback Teddy Bridgewater was released from the hospital on Monday and is now on NFL concussion protocol.

Bridgewater left Empower Field at Mile High by ambulance on Sunday after being knocked unconscious after a carry in the third quarter in a 15-10 loss to the Cincinnati Bengals.

Teddy Bridgewater landed on his head after being thrown when trying to get the first down. AP Photo

Fangio said it is “highly unlikely” that Bridgewater will play the Las Vegas Raiders on Sunday, but that, at least for now, the Broncos are not considering putting Bridgewater on injured reserve for the final three weeks of the season. The Broncos will have two games remaining after Sunday’s game in Las Vegas, on January 2 visiting the Los Angeles Chargers and on January 9 hosting the Kansas City Chiefs.

Drew Lock is expected to be the starter against the Raiders.

Bridgewater’s injury occurred after he ran on a play of second-and-5 at Denver’s 30-yard line when he was hit in the leg by Cincinnati Bengals linebacker Joe Bachie. Bridgewater was thrown after the blow and landed on his head, lying motionless on the field.

Remember that you can follow all the action from the NFL on “Red Zone” every week only on Star +. Subscribe NOW.

Medical personnel quickly entered the field to treat him, later he was placed on a stretcher immobilized and the bar removed from his helmet while players from both teams remained kneeling while Bridgewater was carried off the field.

Bachie was also injured on the play.

Lock entered the field in place of Bridgewater and concluded that offensive series with a touchdown pass to Tim Patrick to temporarily take the lead 10-9.

Teddy Bridgewater left the court immobilized after suffering a severe blow to the head. AP Photo

Before leaving the game, Bridgewater, who has started all 14 Broncos games this season, had completed 12 of 22 passes for 98 yards this Sunday.

This was not Bridgewater’s first concussion of the season, after he left the game at halftime against the Baltimore Ravens in Week 4 with a concussion.

Information from Jeff Legwold was used in the writing of this note.