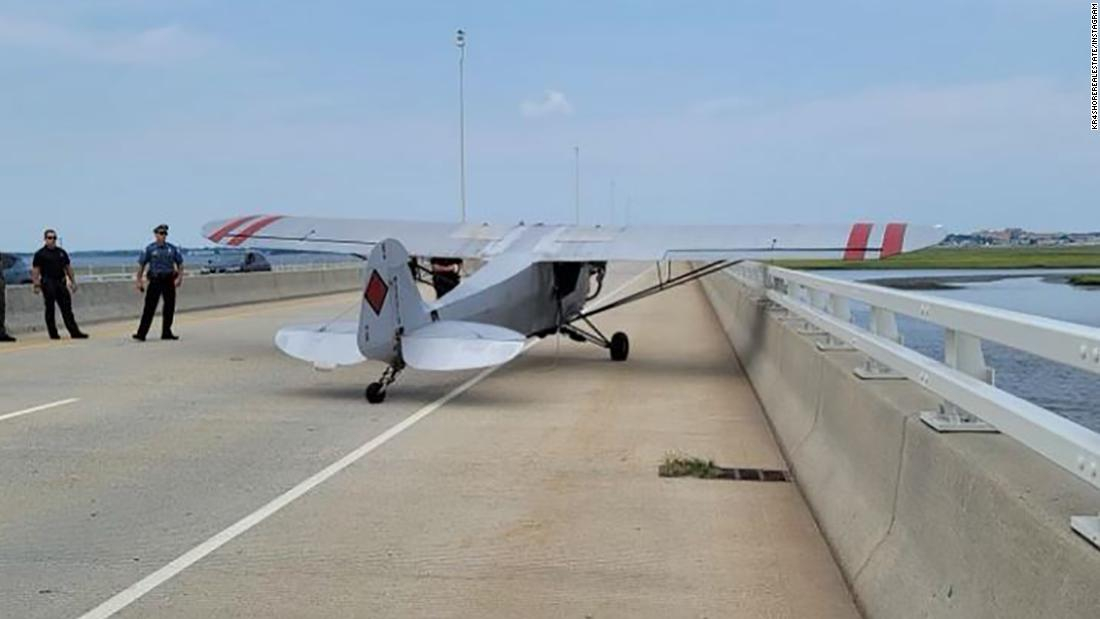 (WAB NEWS) – A teenage pilot had to make an emergency landing on a New Jersey bridge Monday afternoon after the aircraft experienced an engine malfunction.

Landon Lucas, 18, was flying a small plane over the southern coast of New Jersey when he noticed that his plane’s air box was hanging from the spring, preventing adequate fuel flow in his plane.

Lucas said he tried to land at Ocean City Municipal Airport, but since the air box was still malfunctioning, he knew he would not be able to reach his intended destination. He told CNN that after realizing this, his top priority was to find any place where he could land safely and immediately.

“It was a bit stressful,” Lucas said. “You’re right in the danger zone. I was just too excited to have landed. You just have to, you have to land.”

The Ocean City Police Department and the FAA arrived at the scene to inspect the aircraft shortly after landing. Both the FAA and the National Transportation Safety Board will investigate the incident, the FAA said.

The Federal Aviation Administration (FAA) confirmed to CNN that Lucas was able to land his plane on a bridge on Route 52 near Ocean City, New Jersey. The highway connects Ocean City with mainland New Jersey.

“A single-engine Piper J3C-65 Cub landed on the Route 52 bridge … after the pilot declared an emergency at 12:37 pm local time on Monday,” the FAA said in a statement.

Ocean City public information officer Doug Bergen said Tuesday there was no damage to the aircraft or vehicle drivers on the bridge.

Lucas, who was the only person on the plane, said he was not injured.

“There wasn’t a scratch, just traffic,” he said.

The Ocean City Police Department and the FAA arrived at the scene to inspect the aircraft shortly after landing. Both the FAA and the National Transportation Safety Board will investigate the incident, the FAA said.