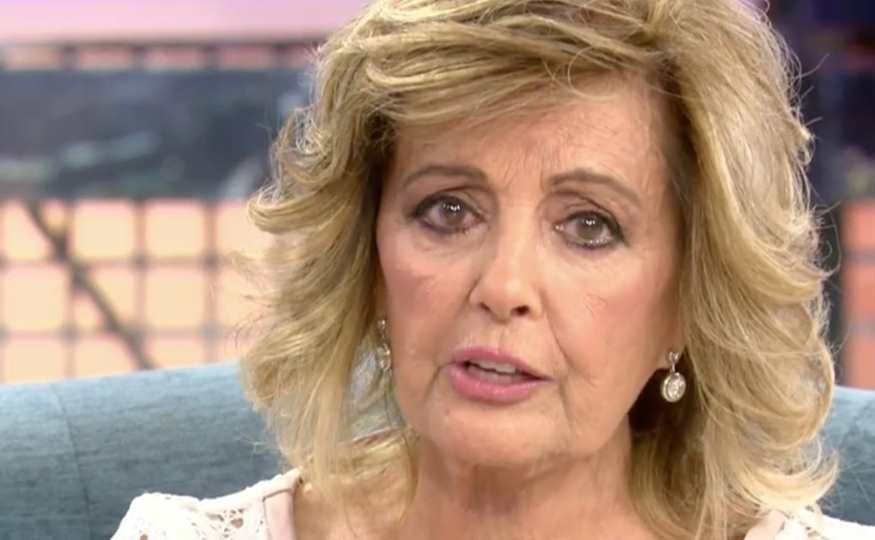 María Teresa Campos sits in the Deluxe to ask that the harassment of the press cease, to tell that she fears for her health and, above all, to make it clear to Edmundo that she wants to return with him. The veteran journalist has been the guest of the Saturday at the Deluxe and his intimate interview with Jorge Javier Vázquez and without collaborators has given much to talk about. María Teresa Campos does not give stitch without thread and, although she has insisted that she gave this interview to appeal to the press, the truth is that it was rather a love letter to Edmundo Arrocet. María Teresa went and earned her salary counting with great detail his disappointment with Mustache who, as he said, said “Teresita I’m leaving …” one day like any other when leaving home, and no longer returned! Between tears and eyes still glazed with pain and the disappointment, Teresa told how she ran to the AVE station in Madrid to ask Edmundo for explanations “what do I say to my face,” he snapped… but did not arrive on time. In all these months “not even a ‘Merry Christmas’ I deserved it, ”the journalist lamented sadly and that is also that Teresa tells that Edmundo blames her for this break and ensures that, despite her disappearance (remember that Teresa, with humor, gave him up for dead) he I didn’t want to put an end to the relationship. “He blames me and says he didn’t want to end me,” says Maria Teresa. The veteran explains that “When I made that break statement, I had not heard from him for days and by a message from him I understood that we were staying as friends in the future but now he didn’t want to see me.” And he adds: “I made that statement because I woke up every morning crying and cried throughout the day for everything. I feared falling into a depression. One day I went to a department store and the press began to send me messages to know where Edmundo was… I collapsed there and started crying, it was when I decided to issue an official statement. ”Edmundo Arrocet does not open the message of Teresa Campos (Photo by Carlos Alvarez / Getty Images) More Apparently Edmundo believes that Teresa rushed but, evidently, if he had given the “scare” leaving her alone in front of the media bull in Spain, it was the most normal thing in the world that she would terminate the romance, despite not wanting to. When Jorge Javier asked if he had received any message from Arrocet, she replied: “I have not received anything but I did send one one ten days ago… it was a song. She hasn’t even opened it. ”The song that the journalist refers to is by Roberto Carlos and she sang it herself recently in Save Me as a“ love letter ”to Edmund giving rise to a reconciliation. Apparently he is not for the work and has not deigned to open the message of his ex. After the storm and still in love María Teresa Campos only asks: “Tranquility, there are many questions that no longer compete with me and I can not answer . I’ve already told you everything, that’s why I’m here today, so that the press understands that it’s hurting my health. ”More stories that may interest you Edmundo returns to Spain and doesn’t even want to see María Teresa Campos Carmen Borrego: I’ll never forgive Edmundo ArrocetBigote still does not collect his things from Teresa’s house
SEARCH FOR MORE