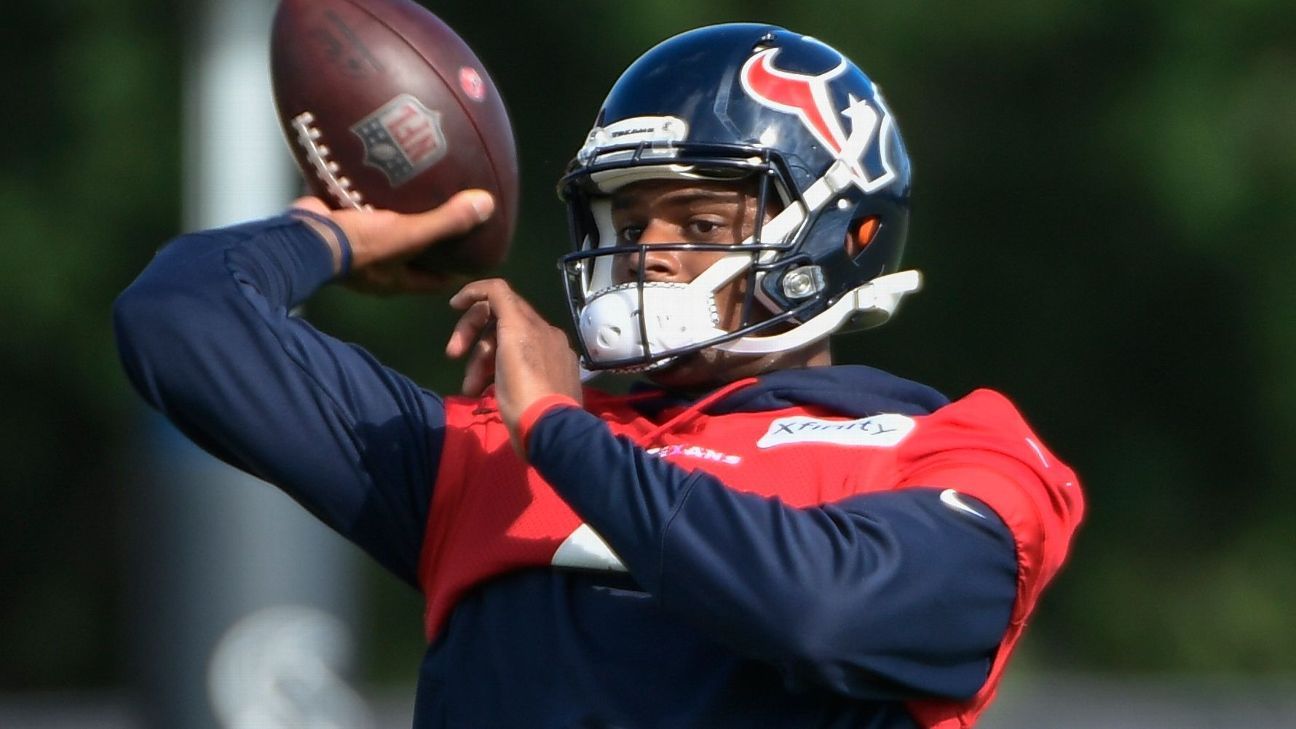 HOUSTON – Quarterback Deshaun Watson will not be activated for the Houston Texans’ game against the Carolina Panthers Thursday night, despite the uncertain status of starter Tyrod Taylor, head coach David Culley said Monday.

Taylor will undergo an MRI on his left hamstring and is considered on a day-to-day basis, Culley said.

Taylor was replaced by rookie Davis Mills to start the second half of last Sunday’s game against the Cleveland Browns. He hurt his hamstring when he ran for a 15-yard touchdown midway through the second period. Taylor finished the second half.

“Something happened on the touchdown,” Culley said. “It didn’t get to the point where he felt like he couldn’t play … The way he is, he never said anything to anyone.”

Culley said Monday that Taylor told him he was fine and wanted to re-enter the game, but the coach said he wanted to make sure the injury didn’t get worse.

Mills finished 8-of-18 for 102 yards with a touchdown pass and an interception in a 31-21 loss to the Texans that left them 1-1 on the season. Mills was Houston’s first draft pick – a third-round pick – in April.

Watson was not activated for the first two games of the Texans campaign. He faces 22 active sexual allegation and misconduct lawsuits, but has not been restricted from participating in NFL team activities. The quarterback also requested a trade in January because he was unhappy with the direction of the franchise, and the process used to hire general manager Nick Caserio.

The Texans, meanwhile, will be without rookie wide receiver Nico Collins on Thursday. Collins is expected to miss three to four weeks with a shoulder injury he sustained on Sunday, a source told Schefter.