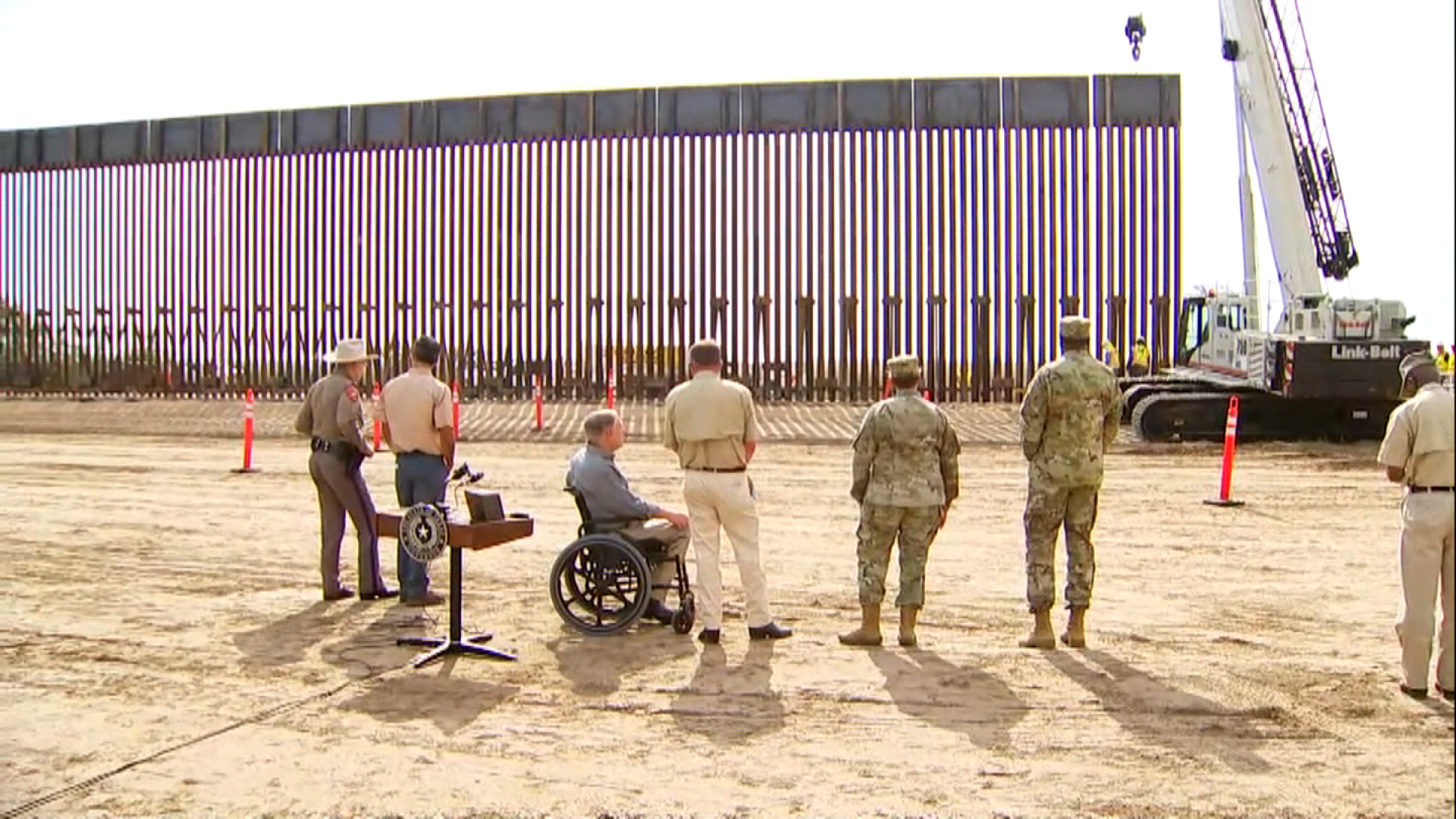 Immigrants sent to prison without legal assistance in Texas 5:20

(CNN) – Texas Governor Greg Abbot revealed on saturday the construction of a border wall currently underway in South Texas, while blaming the administration of President Joe Biden for allegedly not “enforcing immigration laws.”

The state of Texas is building miles of border wall “because the federal government has abandoned its duty to enforce the laws passed by the United States Congress,” Governor Abbott said at a news conference in Rio Grande City, Texas.

The Texas border wall is officially up.

While Biden does nothing, we are stepping up to protect our communities.

The Lone Star State is securing the border. pic.twitter.com/oYuY4zYLQl

Six months ago, Abbott signed a letter authorizing the Texas Facilities Commission (TFC) “to begin building this wall,” he said. “Right after that, I signed two pieces of legislation passed by the legislature, which provided $ 3 billion for Texas to step up and secure our border, including money allocated to build this border wall,” the governor explained.

The border wall will be built “quickly” and will have “multiple detection devices so that we can constantly observe what is happening and respond quickly,” said the governor.

Security officers will have the ability to “intercept anything or anyone trying to pass … the people we apprehend will not be turned over to the federal administration just for release,” Abbott said. “They will be charged with trespassing into the state of Texas and those charges will land them in jail,” according to Abbott.

The governor did not provide a total cost for the safety technology or construction because “the projected cost varies on multiple factors,” including the number of kilometers and the type of terrain.

“We are going to spend whatever it takes to build as much as we can,” according to Abbott.

The governor said that “Americans who want … to help Texas build a border wall” can donate money to fund it by visiting a website established by the state. Texas has already “received more than $ 54 million from our fellow Americans,” Abbott said.

When asked about the legality of circumventing the federal government to build a border wall, the governor said: “We are building this, as any private property owner would have the right to build a wall or fence in their own backyard and we are not using federal land. “

According to Abbott, the project uses state land, “so the federal government has no authority to interfere with our ability to build this wall.”

The governor was joined on Saturday by legislatures and state officials, including General Land Office Commissioner George P. Bush.