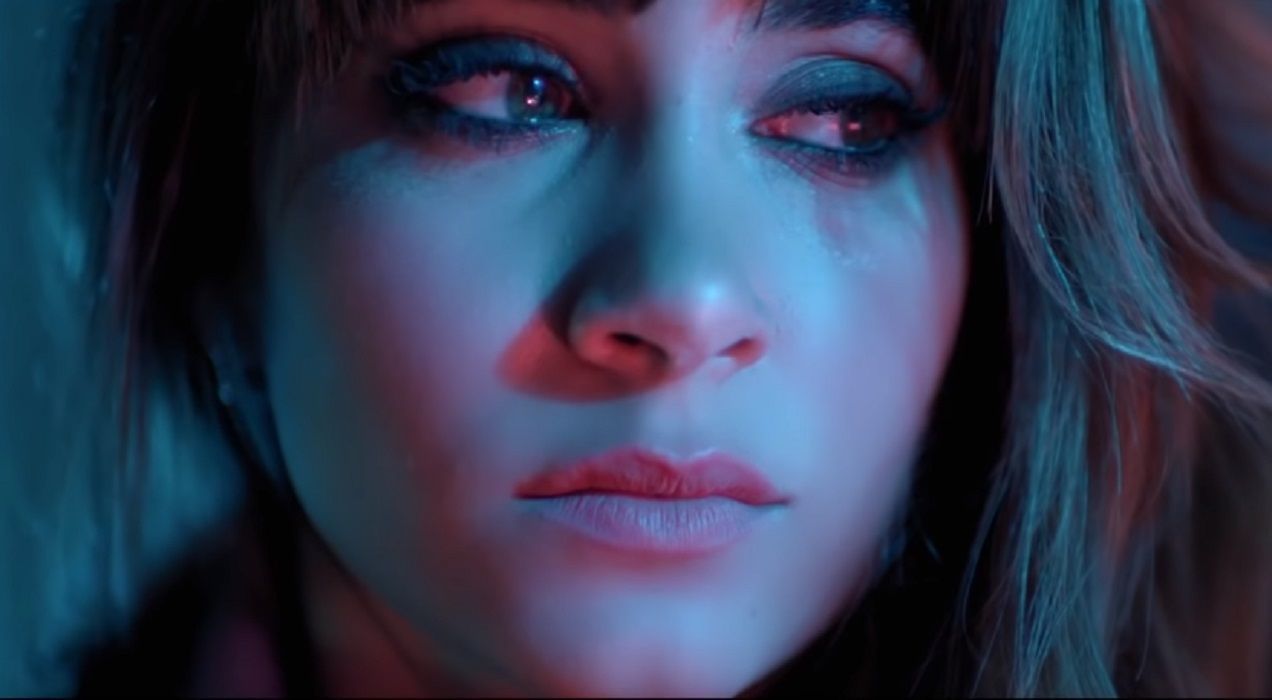 To say goodbye to a year full of successes, Aitana Ocaña has launched a new theme. Together with Cali and El Dandee he has released ‘+’ after several weeks of having his fans in suspense with numerous advances in social networks.Aitana Ocaña in the video clip of ‘+’, a song he has recorded with Cali and El Dandee. (Photo: Universal Music Spain) MoreThe video clip, published on Wednesday, December 18, has reached 400,000 views in 12 hours and has been ranked first in YouTube Spain Trends. The piece was shot in Argentina, directed by Nuno Gomes and produced by Compostela Films. The song is composed by the second finalist of Operación Triunfo 2017 together with Colombians Alejandro and Mauricio Rengifo, components of Cali and El Dandee, and Andrés Torres. The emotional letter portrays the relationship of two lovers who, despite their feelings, fail to be together. The collaboration has conquered fans who have shared their enthusiasm through Twitter. Well, it’s only my turn to applaud again, but this time much more, for the message, the story, the voice, the combination of melodies and notes, the video clip, sincerely, pure wonder. I am very, very proud #AitanaMasCaliyElDandee– pola ✚ (@biebspola) December 17, 2019 CAN WE TALK ABOUT THE EARTH THAT AITANA HAS BEEN MARKED ???????? Thank you for giving us your music and for surpassing you song after song 💛 # AitanaMÁSCaliYElDandee– queen ➕ (@queeengh) December 17, 2019 But in addition to the rhythm of the song, the fans have been hooked on the impossible love story of the clip. “She walks away and he sings songs for her to come back, she wants him, but the environment doesn’t want that, her family and society go against him,” a tweeter summed up. Let’s talk that love does not end. She walks away and he sings her sings songs to come back, she wants him, but the environment does not want that, her family and society go against him, she keeps running after him although at final “power” takes it # AitanaMÁSCaliYElDandee pic.twitter.com/oQcDyCM3P7– Aniana🗼➕ (@Cosasquepasan_A) December 17, 2019 I loved the video clip, and the song has made me fall in love. Little is said about the interpretative level of Aitana, eh? Come on, if you want, it ends in a series of prota. #AitanaMasCaliYElDandee– KennyMc (@kenny___Mc) December 17, 2019 Many users have not believed that it is fiction and have taken another reading, linking the lyrics and the video clip with the romance that Aitana had with Luis Cepeda, also a participant of ‘Operación Triunfo 2017’.Read more If Cepeda had done this song his head would roll … but does Aitana do it? Applause! But Cepeda is bad for taking advantage of that experience …. And Aitana sings better without autotune, what comes out in that song is very retouched. It’s not her.#AitanaMasCaliyElDandee– María (@Maria_Nikonist) December 18, 2019 Is that you think that Aitana is stupid and is smarter than anyone huh so telita to continue making references to her past relationship ehhh and anyway she is the one that is still hanging and then wants to try to fool who is going to her song 🤐#AitanaMasCaliyElDandee– N O R A 👀💙 (@principiosnora) December 18, 2019 Aitana slipping once + from the folder ?? The single could be called Cepeda, for the thousands of references to him that appear in the video clip, and to them when they were a couple. Not to mention that they have taken a double as an actor, who imitate in EVERYTHING. # AitanaMÁSCaliYElDandee– Bruniaheart_ AD (@ comola1vez) December 18, 2019 THE SONG HAPPENED, I really loved the lyrics, the video, everything – but even if they say otherwise, the video makes a lot of reference to Cepeda – they can’t say they didn’t put details related to them !! Filo, I love you both, but it’s true #AitanaMasCaliyElDandee– valeeentina🌞🇨🇱 (@Valeeetinawandi) December 18, 2019 But what is the story coming up with Cepeda again? Then they said he used it to sell, so she does too. And she is always the cover of magazines with her boyfriend the day she makes video clips. Universal marketing good. #AitanaMasCaliyElDandee