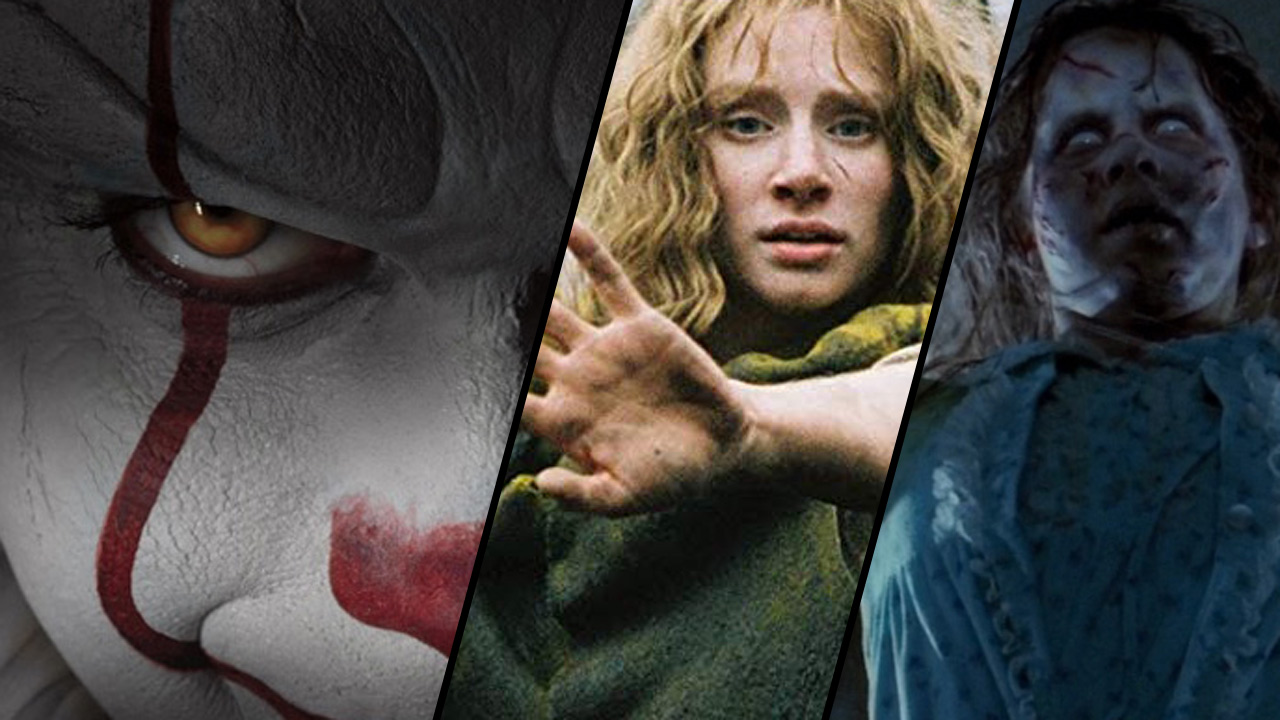 'It', 'Shark', 'The Exorcist', 'A Quiet Place', 'Warren Record: The Enfield Case', 'The Forest' … Do you want to spend a season with the comforter at nose level?

"You don't need to know the danger to be afraid; in fact, the unknown dangers are the ones that inspire the most fear." Halloween is celebrated in just over two weeks, on October 31, and in SensaCine we have prepared a list of the 29 most chilling (and most box office) horror movies in history. There are options for all tastes, from pure terror to suspense movies with elements of terror. The recent It: Chapter 2 (2019) by Andy Muschietti, the classics The Exorcist (1973) by William Friedkin and Tiburon (1975) by Steven Spielberg, The Silence of the Lambs (1991) by Jonathan Demme, The Conjuring (2013) and The Enfield case (2016) by James Wan, the zombie titles of Resident Evil by Paul WS Anderson and World War Z (2013) by Marc Forster …

How have we prepared the list? In the first place, attending to the millions of dollars (not counting inflation) that each of these lengths has collected around the world. You will see that, despite being in other pages, they have not entered here, for example, The Sixth Sense (1999) by M. Night Shyamalan, The War of the Worlds (2005) by Spielberg, I am Legend (2007) by Francis Lawrence , Megalodon (2018) by Jon Turteltaub or Godzilla (2014) by Gareth Edwards. We, for one reason or another, simply do not consider them to belong to this genre. And, yes, the adaptations of Thomas Harris's work could obviously be categorized as suspense. But who does not die of fear with that look that made Hannibal Lecter famous as played by Anthony Hopkins? Sometimes, we know, it becomes difficult to draw a line and you may not agree one hundred percent with all our choices. He thinks that still, more than four decades after its premiere, it is still debated whether or not Shark is a horror film.

The demonic clown Pennywise (Bill Skarsgård) from Stephen King's novel; Valak de La nun (2018), also belonging to the world of Warren File; A quiet place (2018) by John Krasinski, with deadly creatures hypersensitive to noise … And if yours are the bloodsuckers, you can stay with Dracula. The Legend Never Told (2014) by Gary Shore with Luke Evans, Dracula by Bram Stoker (1992) by Francis Ford Coppola and Interview with the Vampire (1994) by Neil Jordan. Don't you know which one to start from? We put them here below and above, in the album, you have the data.