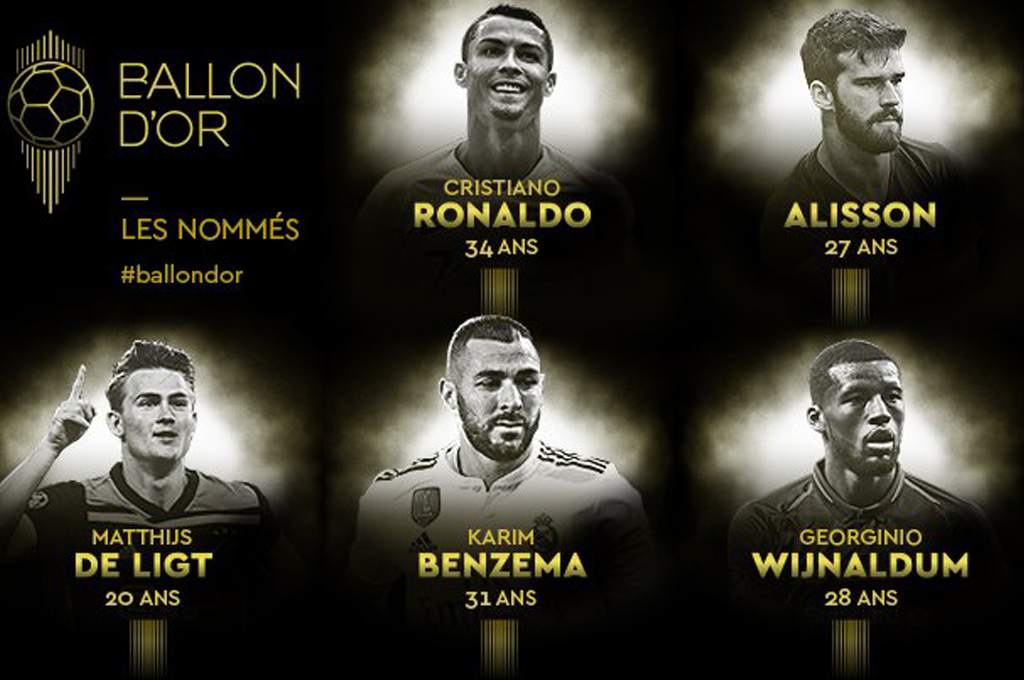 This Monday the prestigious magazine France Football announced the list of the 30 nominees for the next Golden Ball 2019.

There is a great suspense since last year the successful World Cup in Croatia opened the doors of the trophy to Luka Modric, who broke 10 years of hegemony shared between the Argentine Leo Messi and the Portuguese Cristiano Ronaldo (5 trophies each).

Messi and Cristiano are among the 30 nominees, and the Barcelona captain can hold hope, since in September he won the FIFA Best Award.

On the other hand, this is the 16th nomination in the CR7 race since he received his first call in 2003 when he belonged to Manchester United.

One of the great aspirants this season is Virgil Van Dijk. Liverpool's exceptional last season is largely the fault of the Dutch defender, and the great start of the 'Reds' course (undefeated after nine games) has not lowered their options.

It is worth mentioning that only two Real Madrid players and four Barcelona players are on the list. Benzema and Hazard for the whites and Ter Stegen, De Jong, Griezmann and Messi for the Catalans.

In addition, other awards such as the Kopa trophy will be awarded, for the best player under 21 years of age.

Frenchman Kylian Mbappé, winner of the first Kopa Prize last year, could succeed himself, although he also has options to take the Golden Ball.

Among the archers, the Yashin trophy should fall into the hands of Liverpool's Brazilian goalkeeper, Alisson Becker, or in the German goal of Barcelona, ​​Marc-André Ter Stegen.