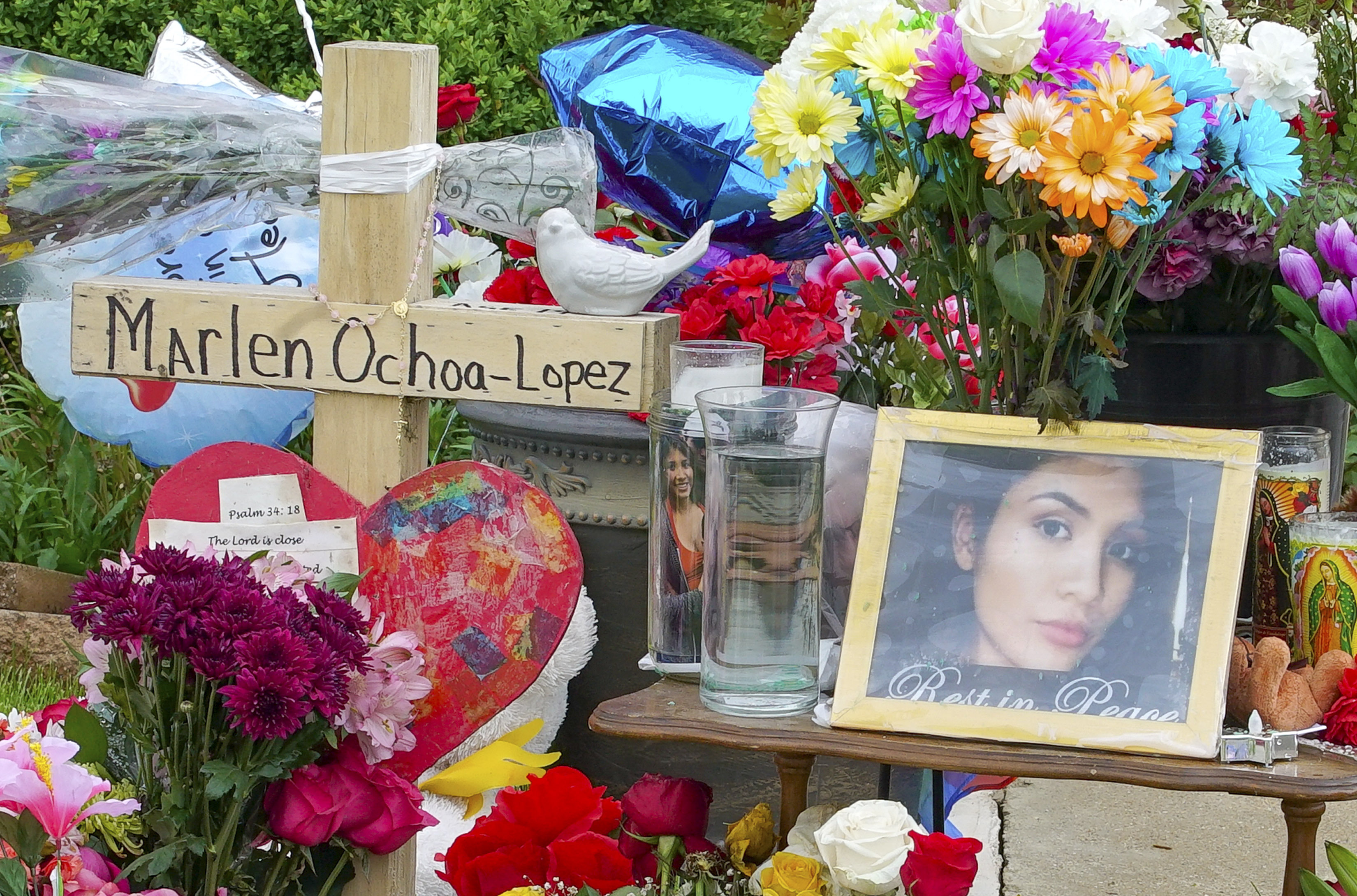 The last day she was alive, Marlen Ochoa, 19, went to the home of a Chicago acquaintance who had offered her clothes for the baby she was going to give birth, was nine months pregnant, but the birth never happened . She died strangled in that same house and her baby was torn from her belly.

On Tuesday, the Cook County Sheriff's Department said Desiree Figueroa, the 26-year-old woman who is accused along with her mother of murdering Ochoa to steal her baby, gave birth to her own baby on November 1.

Desiree Figueroa and her mother, Clarissa Figueroa, were also charged with the murder of little Yovanny Jadiel, who died in a hospital for brain damage three months later. Desiree's boyfriend, Piotr Bobak, was accused of hiding a homicide.

Desiree Figueroa returned to jail this Monday, November 18, after delivery. And he appeared Tuesday with Clarissa at a court hearing in Cook County, Chicago. The two women are in prison without bail.

"If they already had it, why were they looking for another?" Yovanny López, a widower of Ochoa, answered when asked about the baby who gave birth to the woman who participated in the murder of his wife. "I wish him the best (for the baby), to grow up with good parents."

The judge postponed the hearing for December 16. Authorities did not report the whereabouts of Desireee's baby. The Department of Children and Family Services did not respond to requests for comment from The Associated Press news agency.

Ochoa would have turned 20 last Saturday. The family threw 20 red balloons in honor of the young woman who would have turned those years, in an act to which they invited the public to remember her in front of her mural in Pilsen, Chicago.

According to the Prosecutor's Office, Clarissa had been planning the theft of a baby for months. He had had a son, Xander, who in 2018 died of natural causes when he was 20 years old.

In October of that same year, Figueroa announced to her daughters that she was pregnant, which surprised her family because she had a fallopian tube ligation.

In December, Clarissa posted on the social network Facebook an image by MRI of the son who claimed to be begetting in his womb; and in February he spread an image of a crib and a room prepared to receive a baby on a page to ask for financial help.

That was when the woman told Desiree she needed her help to kill a pregnant woman and steal her baby, according to the Prosecutor's Office.

On April 23, Ochoa, 19, went to the house of Figueroa and his daughter, with whom he had a relationship. While Desiree distracted her with a photo album, her mother attacked her from behind to try to strangle her with a cable

With a butcher knife, Figueroa opened the victim's abdomen and, with the help of his daughter, took the baby from the belly, according to the Prosecutor's Office. After putting the woman's body in a garbage can in the garage, she called 911 emergency to say she had just given birth.

The baby was taken to the hospital in serious condition and without brain activity, according to the Prosecutor's Office.

Police arrested mother and daughter (and her boyfriend) on May 14 at home, while they were cleaning a carpet with bleach. In a corner of the house they found the remains of Malén Ochoa. Desiree confessed everything.

Last humiliation to Marlén Ochoa: the hospital gives his baby the name of his murderer, and demands $ 300,000

What is fetal abduction. Experts probe the possible motives for the murder of a young pregnant Latina