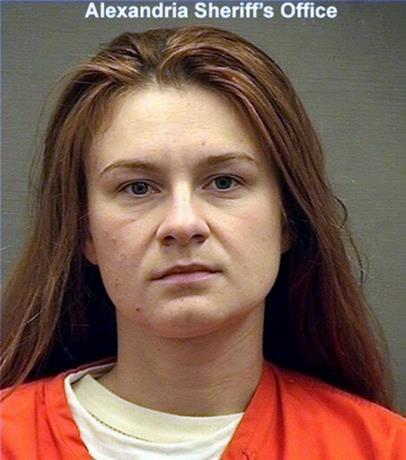 The alleged Russian spy María Bútina, deported from the United States after spending more than fifteen months in prison for conspiring against the US, arrived on Saturday in Moscow on a regular flight.

In December of that same year, Bútina pleaded guilty to a conspiracy offense against the United States and agreed to cooperate with Justice.

As a result of that agreement, the Russian was sentenced to eighteen months in prison earlier this year.

Russian President Vladimir Putin denied at the time that Bútina worked for Moscow and related his guilty plea to threats received in prison.

"The partial acknowledgment of guilt that Maria had to do for the harsh conditions of her imprisonment and the threat of a major sentence does not eliminate the fact of her absolute innocence," said the Russian Foreign Ministry on the VKontakte social network, commenting on her I return to Russia.

According to the US Attorney's Office, the alleged Russian spy wove a network of influential contacts in the US. to benefit the Kremlin in an operation that began in March 2015 and ended in July 2018, when she was arrested.