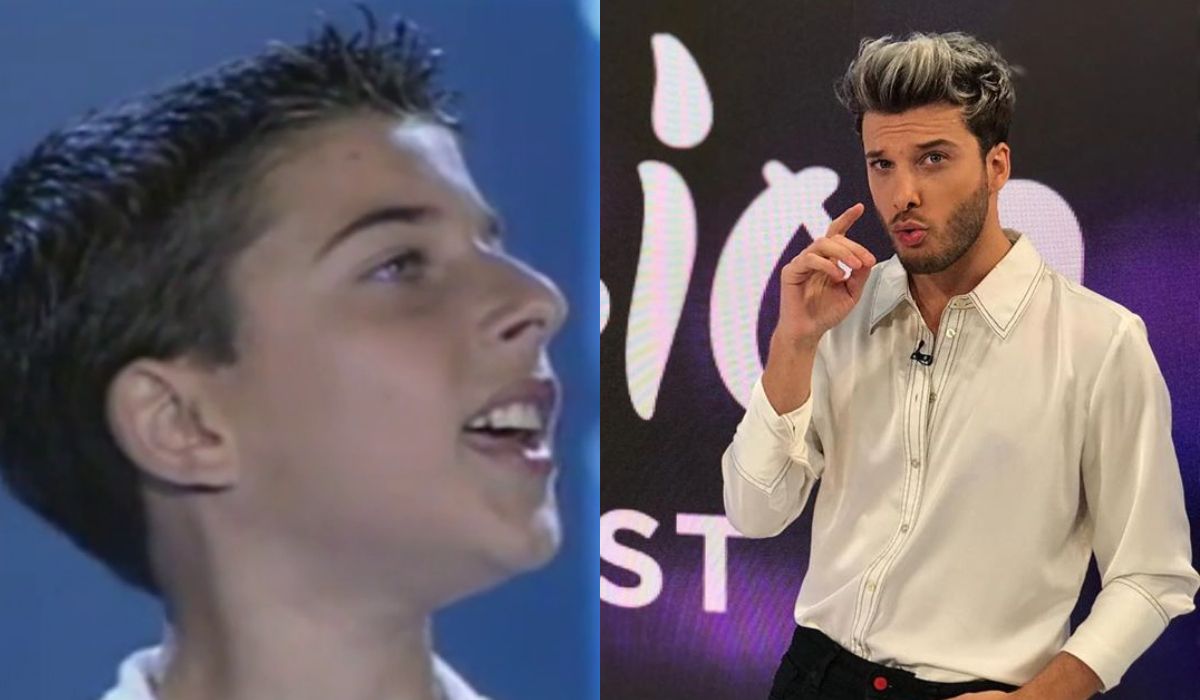 Blas Cantó presented on Thursday, January 30 the video clip of iverso Universo ’, a theme with which he will represent Spain at the Eurovision 2020 gala on May 16 in Rotterdam (Netherlands). His name now sounds everywhere, but surely very few will know that the singer did not always have the same artistic nickname. He sang at the 2003 Veo Veo International Awards and now. (Photo: RTVE / Instagram / @blascanto_es) MásRTVE has recovered a video of the former Auryn component in which he appears singing ’If you are not here’ at the 2003 Veo Veo International awards when he was only 11 years old. But if there is something that has caught the attention of the clip it is not his performance, but his artistic name at the time: Chiqui Cantó. As the protagonist told the newspaper La Verdad, that tender nickname was given by his grandmother, since he was the youngest of his grandchildren, and not to confuse him with his father because he is also called Blas. Chiqui Cantó (Blas Cantó) sings at the 2003 Veo Veo International Awards final https://t.co/JLStinSWxH via @rtve– Ms. CantóReiger🎶 ✨UNIVERSO✨ / HITS RELOADED⭐ (@ PatriReiger7058) October 7, 2019 Your relationship with Eurovision comes from afar. Already in 2004 he stayed at the gates of participating in Eurojunior, children’s version of the contest. The little boy presented himself with a song entitled ‘Feel’, but finally it was María Isabel with ‘Before dead than simple’ that represented Spain and was a winner.In 2011 she was part of the shortlist to go to Eurovision, although she did not do it in lonely but as a member of Auryn. The group could not beat Lucia Perez, who performed ‘Let me take it away, dance it’ at a ceremony held in Düsseldorf (Germany). The young man owes his fame as he passes through Auryn, boyband of which he was part seven years until his separation in 2016. With them he released three albums: ‘Endless Road, 7058’ (2011), ‘Anti-Heroes’ (2013) and ‘Circus Avenue’ (2014). In 2017 he was the winner of the fifth edition of ‘Your face sounds to me’, program of Antena 3 where we saw him in the shoes of Marc Anthony and Cher, among other singers.But it seems that finally Blas Cantó has achieved his dream, Although the song he will sing next May has not had a great reception on Twitter. After the launch of ‘Universe’ there have been many users who have made negative comments. “Horrible” or “disappointment” are just some of the qualifiers that have been dedicated to him. The lyrics have also been one of the most criticized aspects of the subject. And is that many Internet users say that the stanzas are meaningless and are only disjointed phrases. Other tweeters charged against the chorus and assured that the phrase “forgive me, universe” is repeated too many times. Read more After listening to the song of Blas Cantado, the lyrics are clear: Universe x 3000 + oh oh oh— Mr. Drooth (@ mrDrooth) January 30, 2020