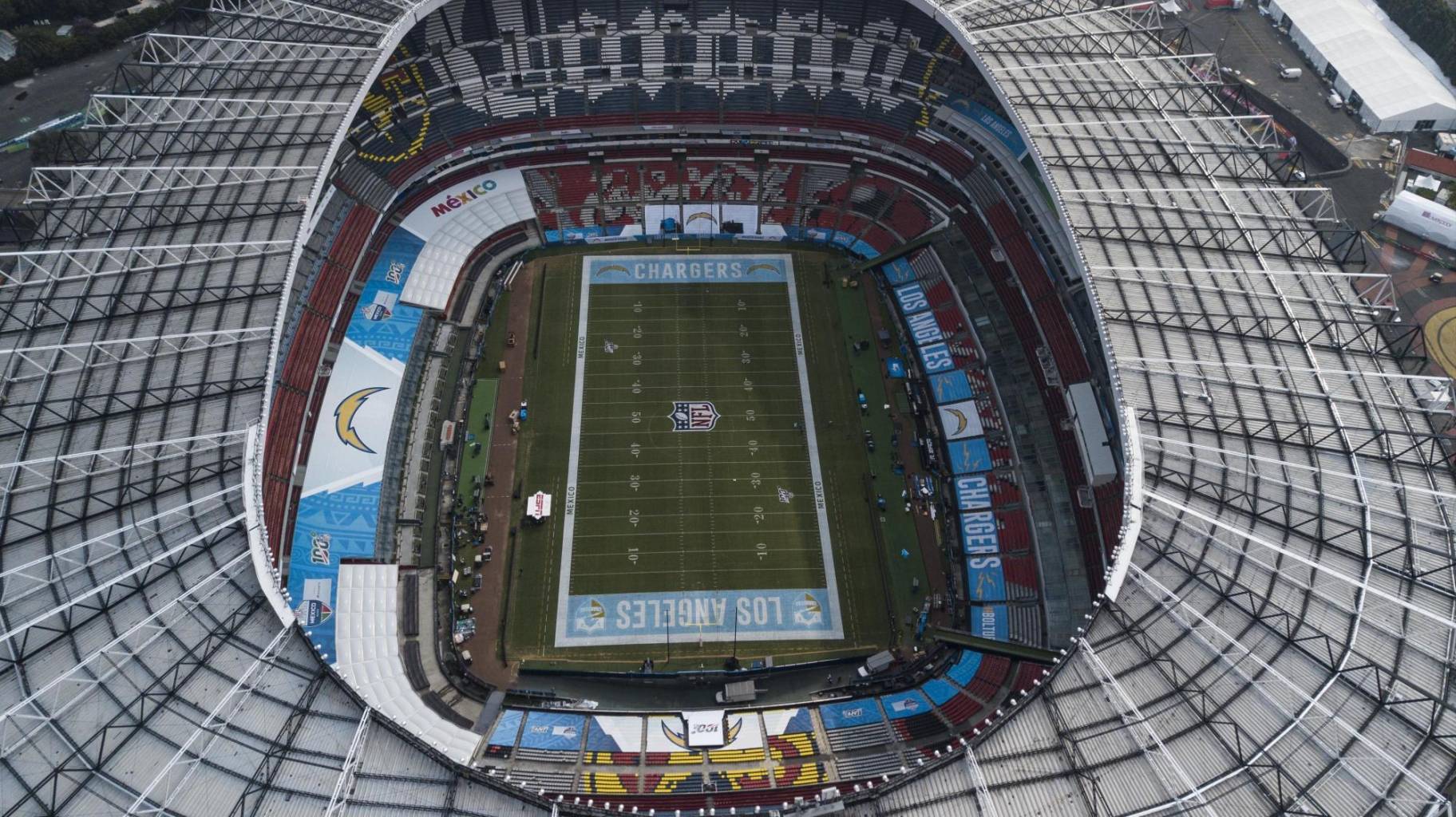 The iconic Azteca stadium in the Mexican capital will open its face on Monday night. One that its leaders hope can change the bad image that projected last year, when problems with the lawn caused the cancellation of the encounter for the first time in history since the NFL visits the south of the border.

With a renewed surface, the “Colossus of Santa Ursula” will receive the fourth regular season game in its history when the Kansas City Chiefs and the Los Angeles Chargers measure strength in a match that will conclude the 11th week of the season.

Last year, the NFL was scheduled to visit a game between Chiefs and the Los Angeles Rams, but the poor turf conditions at the Azteca Stadium forced the league to make the decision to move the game back to the Los Angeles Coliseum .

It was a blow to the leaders of Televisa, the telecommunications giant that owns the property. that in an attempt to modernize the ancient stage inaugurated in 1966 changed the surface of natural grass to a hybrid that, due to the constant activity coupled with a bad installation, could never have an optimal shape.

To avoid another mess, the managers hired the Brazilian company World Sports Solutions International, which was responsible for the turf at the stadiums of the World Cup in Brazil 2014 and in June this year the hybrid area was changed to return to natural grass.

"The court is in very good condition, looks spectacular and we are very happy with the great work that has been done," said Arturo Olivé, director of the NFL office in Mexico, who reported that, from January to date, the NFL sent supervisors to avoid repeating a fiasco like last year and he made weekly visits to send a progress report. "The people of the NFL did not come to judge what was being done, but rather as part of a work team providing solutions."

Additionally, the administrators of the Azteca stadium scheduled fewer events at the property. The professional women's league matches moved to the home of the América club and no concerts were scheduled in the previous days, as happened last year.

The last game on the court was played on Saturday, November 2.

This week, Renato Luis Laurentti, responsible for the arrangements, reported that they fertilized the field and irrigated it with orange juice, vitamins, carbohydrates and proteins. Some images of the company on social networks show the lawn in perfect condition.

The match will be the fourth regular season after the matches between 49ers and Cardinals (2005), Raiders and Texans (2016) and Patriots against Raiders (2018), although the league had previously visited Mexico seven times since 1978 to hold matches preseason

The Chargers will visit for the first time Mexico, a country where, according to the league office in Mexico City, they are one of the teams with more fans, a large part of them located in the border city of Tijuana, which is about a few kilometers from the former headquarters of that team, which moved to Los Angeles from last season.

The constant visits of the NFL are no accident.

Although in Mexico soccer remains the king, the love of American football with an estimated hobby of about 25 million fans, according to the NFL office in Mexico,

In the country there are two strong student football leagues that together house almost 40 teams. Just last weekend, the final between the White Donkeys and the White Eagles crowded the stadium of the City of Sports with capacity for 36,000 fans and was broadcast on national television.

"A stadium with 35,000 people to watch a student sport is something incredible," said Rodrigo Garcia, quarterback of the White Donkeys, who won champions. "That tells you about the passion with which this sport is lived in Mexico."

In addition, the NFL has been promoting flag football at the elementary school level for years, and the league estimates that about 3.3 million children practice it on more than six thousand teams in 27 of the 32 states of the country.

American football arrived in Mexico in 1896, when Mexican students returned to the country after studying at American universities, said Alejandro Morales, a sports historian and founder of the American Football Hall of Fame in Mexico. The first game was held that year in the city of Jalapa between students and their friends before a team of American sailors who were passing through the port of Veracruz