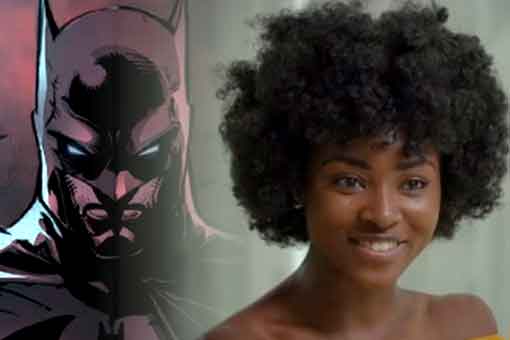 The signing of Jayme Lawson for The Batman movie was recently confirmed, but now we know which character will give life.

When Matt Reeves chose Jayme Lawson, to play a DC Comics character in The Batman, speculation began to jump all over the Internet, since everyone thought he could play Barbara Gordon / Batgirl. Since Jeffrey Wright has the role of Commissioner Gordon, it would certainly make sense for Lawson to play someone like Barbara, especially because he is in the right age group. However, his real role has now been revealed.

Jayme Lawson is a recent graduate of The Juilliard School and has not participated in any audiovisual project to date, but still Matt Reeves chose her to give life to a wom an named Bella, a character described as “a political candidate who is running for a position in Gotham. " Harvey Dent is expected to play a role in The Batman, it seems completely feasible that "Bella" can be a kind of rival who is also competing for that political position.

For now we remain without seeing Batgirl.

There were rumors that Matt Reeves plans to present some heroes in The Batman, so there is a great chance that we will see people like Batgirl and Robin at some point throughout the trilogy. Although the first film will focus on the Dark Knight.

The film will focus on a Batman who begins his first years of superhero in Gotham, so they will not present their origin again. Instead he will face many of his classic villains and we will also see his most detective version.