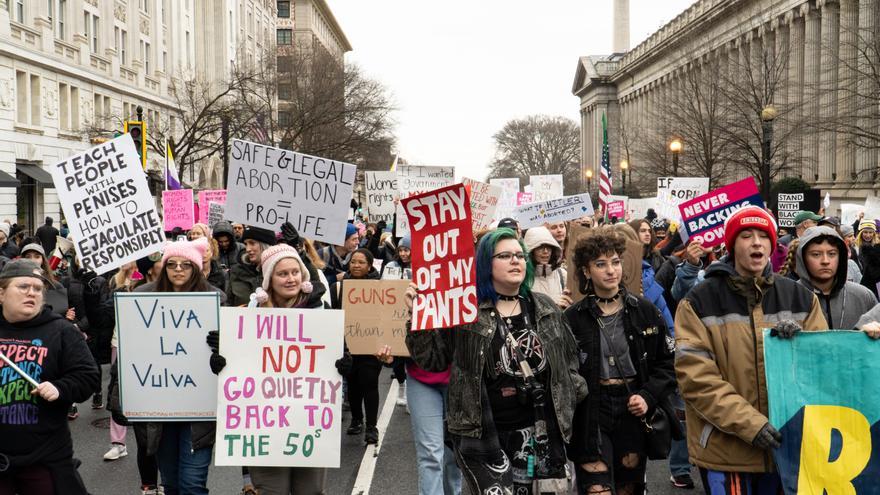 “The only safe abortion is the legal one,” shouted the tens of thousands of people who took to the streets of the United States this Sunday in defense of the right to abortion. It was the 50th anniversary of Roe v. Wade, the Supreme Court ruling that had guaranteed his protection at the federal level since 1973, until it was overturned last summer by his conservative majority. This is the most conservative Supreme Court in the last 90 years.

Since then, the states have the power to decide how to regulate it. In 14 states abortion is currently inaccessible and in another eight the courts have temporarily blocked its ban, according to data from the Guttmacher Institute. This has forced women who want to do it in some territories to face a decision: have an abortion in secret or pay for the trip to another state where it is still legal.

“The decision of the Supreme Court was the straw that broke the camel’s back for many people. I feel that now we are more united, with more desire to fight than ever,” Meghan Harris, a 25-year-old woman from Texas who participated in Washington in one of the more than 200 marches organized this Sunday by Women’s March in 46 states. Her homeland has seen a half-century regression in terms of reproductive rights. “In Texas, many women no longer receive essential health care simply because Governor Greg Abbott has decided it’s his job to choose what women do with their bodies. The time has come for us to fight back and stand up for what we we believe”.

The demonstration in Washington took the motto #BiggerThanRoe (“Bigger than Roe”) to the White House and culminated in First Street, where the Capitol and the Supreme Court are seen. Its organizers are clear that the battle for legal abortion is now being waged at the state level, but they have not wanted to miss the opportunity to demand that the highest judicial instance return the right that was taken from them in June.

“We have to fight on all fronts. We have to stay vigilant and speak out. But most of all, we have to vote and encourage people to vote in state elections – it’s our main weapon,” said Cheryl Rico, a 53-year-old woman. Maryland years.

The defense of restrictions on abortion already took its toll at the polls on the Republican Party in the midterm elections, held in November, when it obtained the worst results in two decades in these elections. It was one of the main factors mobilizing the Democratic vote for the legislative and gubernatorial elections held that day and was also a protagonist in up to five referendums. Three Democratic states (Michigan, Vermont, and California) voted to enshrine voluntary termination of pregnancy in their constitutions, and two others (Kentucky and Montana) had introduced initiatives to limit it. In all cases, the elections were decided in favor of women’s rights.

“I have come here today to ask politicians to listen to the people: this is how the US was built,” Mary Tisera, a 20-year-old from Virginia, told elDiario.es. “When the Supreme Court ruling came out, I couldn’t believe it, I felt great frustration in my body. I saw how it was possible to lose rights that had been fought for years in one day.”

However, the judicial battle is not entirely lost: in some of the states where abortion bans have been implemented, state courts have been able to prevent their entry into force. In others, such as Wisconsin, an abortion cannot be performed directly due to the legal uncertainty surrounding the clinics that perform it.

The Supreme Court decision to annul the right to abortion has deepened the deep divisions that already cross the US. Especially since the presidency of Donald Trump, there are two irreconcilable camps, which discern on issues as fundamental as climate change, arms regulation, the expansion of public health or even the legitimacy of President Joe Biden. According to an Associated Press poll, in the case of abortion, 53% of Americans disapprove of the Supreme Court ruling, while 30% are in favor.

The anti-abortion camp, which has been demonstrating for half a century to end Roe v. Wade, took to the streets again on its 50th anniversary. After achieving its main objective, the goals of the March for Life movement are now more diffuse, but its demands continue: among other issues, they advocate a federal ban on abortion, restrictions on access to abortion medications or the financing of so-called ” crisis pregnancy centers. These centers, which are proliferating in the country, pose as clinics that provide abortions, but in reality they are focused on dissuading women who want to abort.

The so-called “March for Life” brought together some 20,000 people in Washington on Friday, many of them belonging to religious organizations and private universities, who in a festive atmosphere, with a residual presence of African-American people and a large number of young people convinced by the conservative cause, celebrated last year’s sentence.

“The repeal of Roe v. Wade was encouraging for our movement, but it’s clear that we’re going to continue to grow. We’re bringing something the other side will never have: Jesus Christ,” enthused 18-year-old Jocelyn Moon. who attended the march with his classmates from the private and Baptist university Liberty University (Virginia). “My demand is that it is unthinkable to support abortion in this country,” insisted Moon, who, megaphone in hand, remained at the head of the protest during the two-hour march. “Abolishing Roe was an incredible step, but that doesn’t mean we’re done fighting: we’re ready to fight to the end.”

Another attendee, Gary Russell, a 72-year-old man who has attended the annual march since the 1980s, called abortion “the evil that gnaws at the whole world, not just America.” Russell says his movement now has more of a voice than ever. Specifically, he says, “since Donald Trump was president and spoke at this very event two years ago, it seems like the movement has become more energized and stronger and younger year after year.”

All the testimonies consulted at the demonstration agree that, in view of the 2024 presidential elections, they will not vote for any candidate who does not commit to the federal ban on abortion. “I’m only going to vote for a pro-life candidate — I’m not going to make any kind of concessions,” said Anna Gear, a 32-year-old from Virginia.

Kim Airhart, a 59-year-old woman from Pennsylvania who has been attending the annual event for 15 years, agreed with this vision. “[El fallo del Supremo] It has put us in the right direction,” he said. “It has brought the fight back to the state level. We cannot elect the judges of the Supreme Court, but we can elect our representatives and the governor.” She attended the march with her friend Mary Beth Brice, 48, who assured that “the movement has not slackened, but has transferred to the bases, to the states.” “We seek to convince the hearts and minds of the nation.”

Like the feminist march, the anti-abortionists also ended the protest before the Supreme Court and the Capitol. During the two days, there were multiple episodes of tension, and there were dozens of detainees for provocations towards the other side.

The battle over legal abortion, which has raged for half a century in the courts, is now raging in the states, awaiting its turning point in next year’s presidential election. Until then, it is expected that the youth mobilized in the streets will continue to stage massive events, for and against women’s rights. 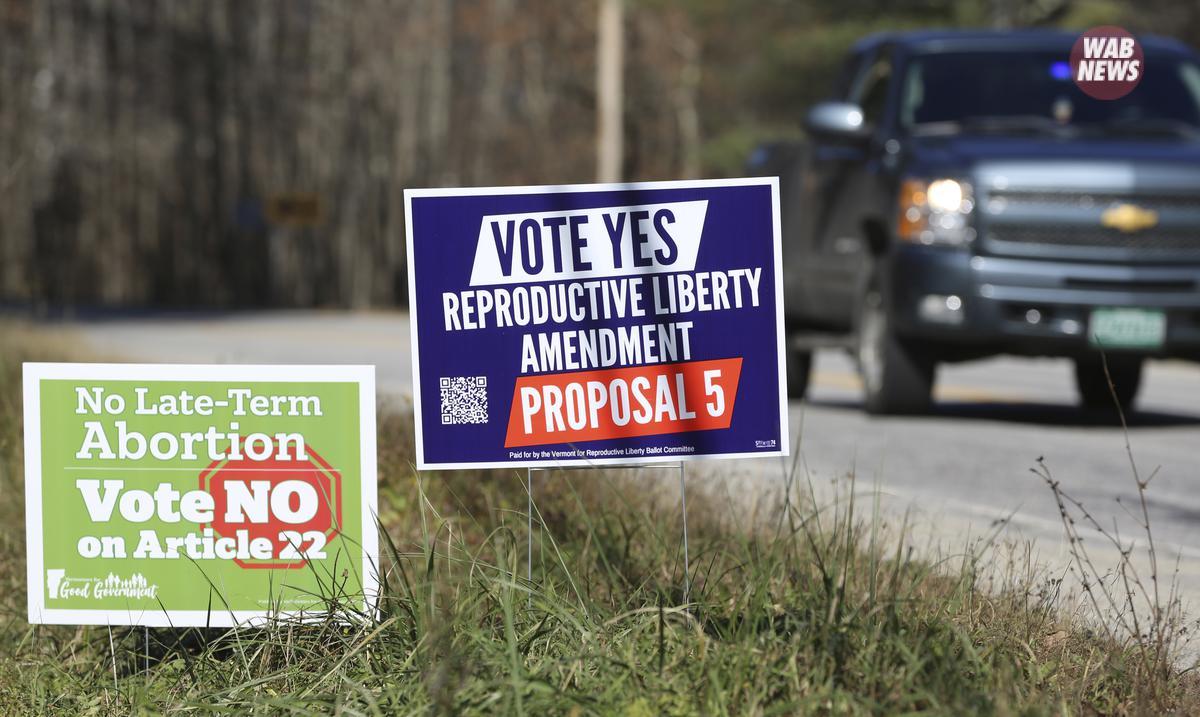 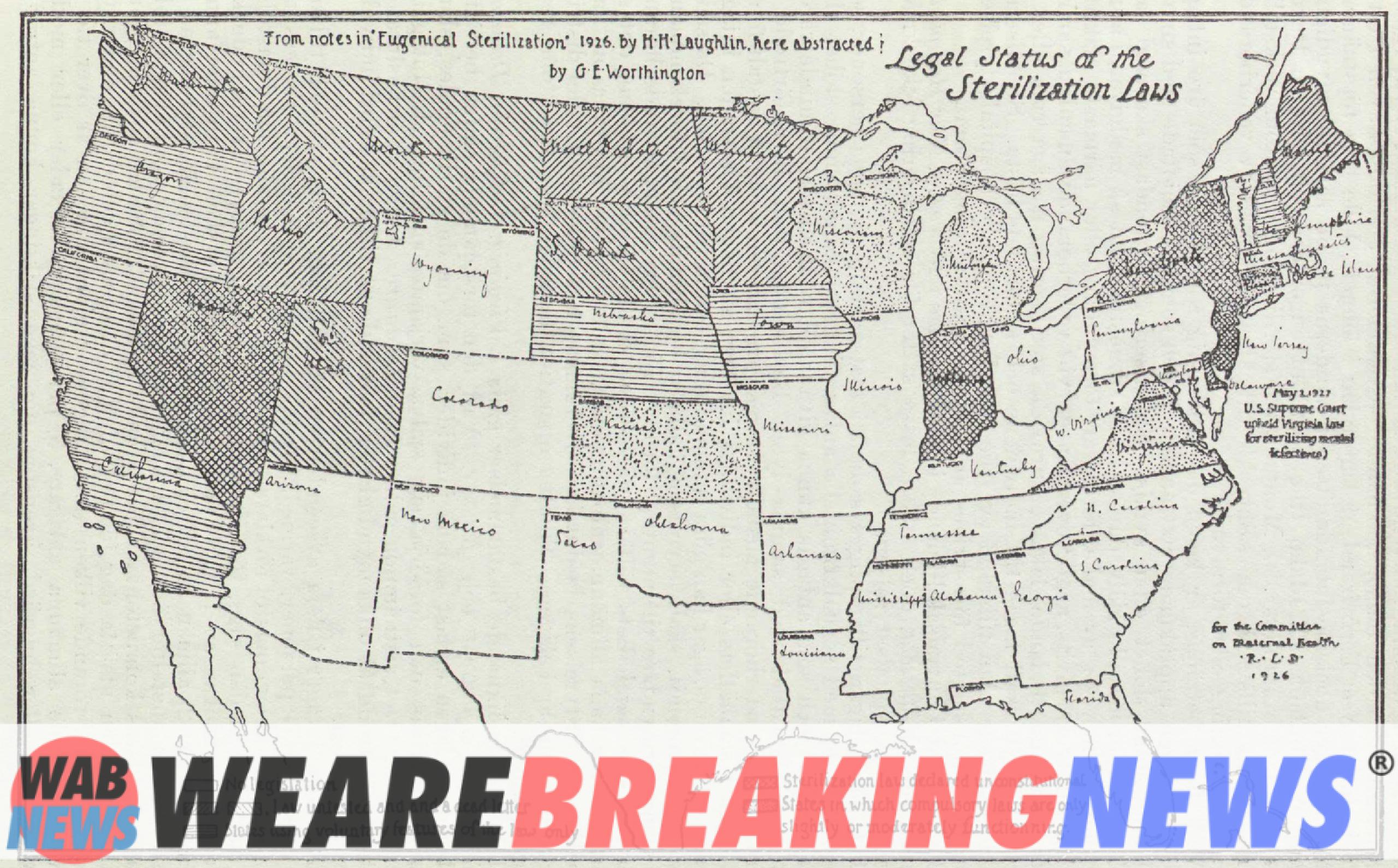 What Does The Ruling Of The US Supreme Court That Repeals The National Right To Abortion Mean?