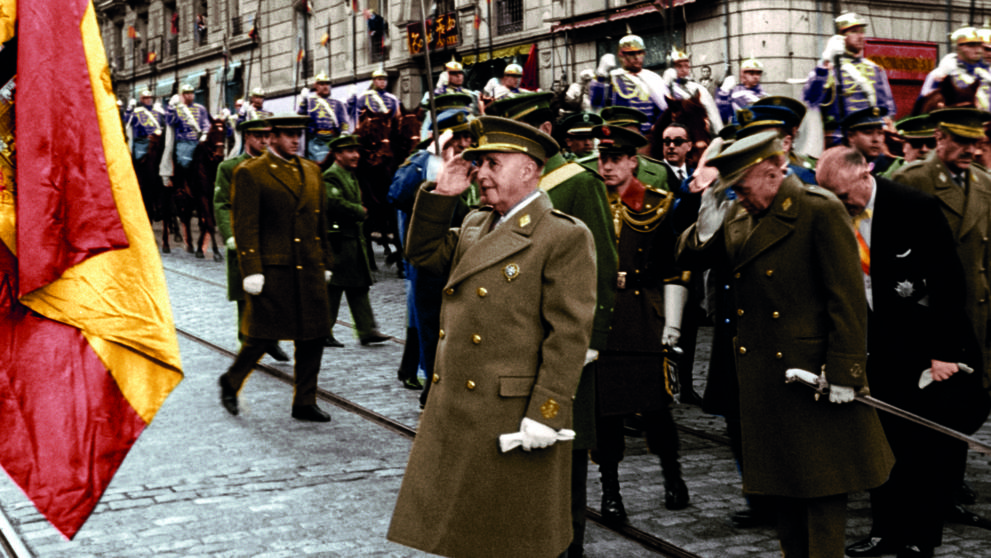 After the exhumation of Franco on October 24, the dictator's family has returned to the media focus for the auction of some jewels from his wife, Carmen Polo, which recovers the controversy over the estimated fortune of 600 million euros in real estate, cash values, gifts he received in life and the business undertaken by the Franco once dead.

A "big business" created since the dictatorship that the writer and journalist Mariano Sánchez Soler describes in his book "La Familia Franco SA", a new updated edition of his work "Villaverde: Fortuna and fall of the Franco House", which is published these days and collects in more detail the origin and evolution of fortune "as far as you can tell".

The author explained, in an interview with Efe, that these economic activities and properties, included in the work published by Rocaeditorial, can hardly be seized since, remember, they are "legal" although their origin "is debatable" because they were amassed under the dictatorship, a period in which "the public and private was mixed" and where politicians "were also businessmen."

However, Sánchez Soler has assured that "it is not so much that the family members are accountable, but of how these properties have been obtained and what type of treatment and privileges they have received."

Asked about the recent auction sale of the jewels of the dictator's wife, Carmen Polo, worth 400,000 euros in London, the writer has considered that "it is not pillage" because the jewels belong "legally" to the Franks and has assured that "have been selling jewelry, medals and all kinds of objects convertible into money since the beginning of the transition."

All the ins and outs

"Let it be known," says the author in an interview

In addition, the journalist has stressed that "nobody has reviewed anything" about the origin of the goods with which the family was trafficking, and has exemplified it with several cases such as the detection of cadres destined for Miami or when Carmen Franco herself was held in Decks with dozens of gold medals heading to Switzerland to “make a cuckoo clock”.

Sánchez Soler has also admitted that he has not spoken with the Franco during the investigation but has recalled the complaint filed by relatives after publishing the first edition of the book in 1990, a time when the family did not talk to anyone and kept “the closed door ”to reports and interviews:“ They will know they want to hide ”.

"The key is to understand that during the entire democratic process they were not disturbed," said the journalist, since the descendants of the dictator "could do their business and legalize those who had submerged" and adds that these practices have also been done "very much people ”because tax amnesties“ are not an invention ”by Cristóbal Montoro.

Although "using business tricks" was the order of the day, the Alicante writer has stressed that it is "one of the prices of the Transition", explaining that Franco was not bothered because "logically there were bigger problems" that solve in the country.

Even so, he stressed that a process of “covering everything” was carried out in the Transition, since “some wanted to do a blood cleaning to erase their past, and others because in the negotiation to bring democracy there was a pact of no aggression, of not throwing the past in the face of anyone ”.

The rise of the extreme right

The only one of the Franco who, according to the writer, maintains personal ties and collaborates with Vox is the great-grandson of Franco Luis Alfonso de Borbón, the "political heir of the family" and honorary president of the Francisco Franco National Foundation.

Precisely about the Foundation, he pointed out that it contributes to the propagation of messages in favor of Francoism and has urged the institutions to decide “if it is a cultural foundation about the Civil War or if it is a flag of political engagement”.

On the whitening of the messages of the extreme right, Sánchez Soler has ironized that in Castilian it is customary not to call things exactly by name, underlining that in Spain "the word democracy is used in any way", and remembering that Franco was officially an "organic democracy."

Sánchez Soler has considered a "total incoherence" the existence of the Valley of the Fallen as a "megalithic monument" in memory and honor to the dictator Francisco Franco, a place that, according to his calculations, represents a state expenditure of more than one million euros a year in maintenance of the monument.

The writer and journalist has urged, therefore, to turn the Valley of the Fallen into a monument "for memory", especially focused on the educational field, since, according to the opinion of the writer, "perhaps it has not been explained either the dictatorship or the transition in schools and universities ”.