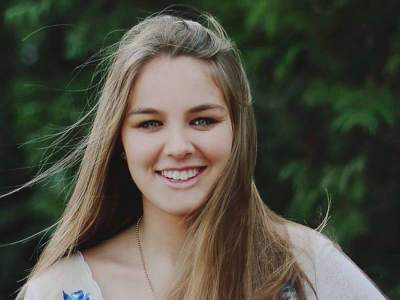 Saoirse Kennedy Hill, the granddaughter of former Democratic senator Robert Kennedy who died suddenly last August at age 22, lost his life as a result of an accidental drug overdose, according to his death certificate.

The results of the toxicology test included in the document suggest that Saoirse had a mixture of methadone in his blood, diazepam and nordiazepam anxiolytics and fluoxetine and norfluoxetine antidepressants, in addition to alcohol, according to local media.

Read more: Beto O'Rourke retires from the race for the US presidency

Saoirse Kennedy Hill, who was due to graduate next year from Boston College, died last August 1 in the residence owned by Ethel Kennedy, the widow of Robert Kennedy, one of the younger brothers of US President John F. Kennedy, where the Police concurred in response to an emergency call.

In a statement spread on social networks, the family said: "Our hearts are broken by the loss of our dear Saoirse. His life was full of hope, promise and love."

View of the funeral of Saoirse Kennedy Hill Photo: EFE

In February 2016, in the newspaper of Deerfield Scroll High School, Saoirse published an essay in which he described his "relationship" with his "mental illness."

"My depression took root at the beginning of my middle school and will be with me for the rest of my life," he wrote. "Although I was a mostly happy girl, I have suffered episodes of deep sadness that weighed like a rock on my chest."

Saoirse's death adds to the story of tragedies in the Kennedy family over seven decades.

His grandfather was shot dead half a century ago at night celebrating his victory in the California primary of the Democratic Party for the 1968 presidential election.

Five years earlier, Robert's older brother, President John Fitzgerald Kennedy, had been killed in Dallas (Texas). The older brother of both, Joseph Kennedy, died in 1944 during World War II and a sister, Kathleen, died when a plane crashed in France in 1948.

Read more: Protests are radicalized in Bolivia despite the OAS electoral audit

In 1984, David Kennedy, a son of Robert, died of drug overdose, and in 1997 another of his children, Michael, died in an accident while skiing.

In 1999 John Kennedy Jr, son of the murdered president, his wife Carolyn and his sister-in-law died when a plane crashed off the coast of Martha's Vineyard (Massachusetts).