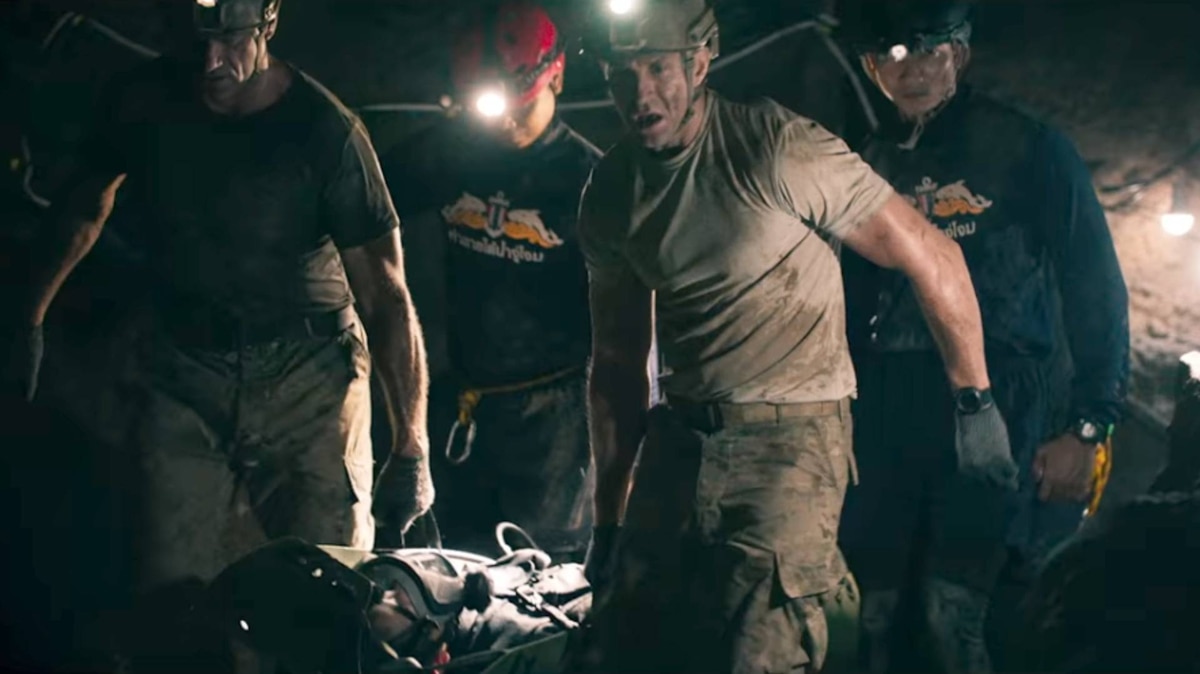 After several months of expectation, in the 24th edition of the Busan International Film Festival, South Korea, the movie “The Cave” was released, which recreates the dramatic rescue of a group of children and their trainer who were trapped in a Thailand cave in 2018.

The film under the direction of Tom Waller shows the perspective of the mission's heroes, the international divers who participated in the rescue efforts.

The film was scheduled to premiere last June, when a year of the event that kept the world in suspense was over, but it was until this week that the audience could see the result of Waller's work.

The production could not access the cave of Tham Luang, in the northern province of Chiang Rai, where the events occurred, so Tom Waller had to recreate the action in similar caves in Thailand. It was also filmed in the United Kingdom and Ireland last November.

Critics have not favored the film at all. Elizabeth Kerr, of the Hollywood Reporter, said the film "could have better success on cable or streaming platforms."

He also highlighted the fragile performances of the people who participated without being actors. "None of the locals feel genuine, their disinterest seems less heroic and more a farce."

His way through festivals is just beginning and there is still confirmation that he will reach theaters in the rest of the world.

"The Cave" tells the story of the rescue of the coach and the 12 soccer children also known as the "Wild Boars", which kept the world in suspense for 17 days. No one knew if they had survived, but the mobilization of teams of divers who tried to help them became heroes immediately.

When the lifeguards found them, the children had been trapped for ten days, without food, in absolute darkness, digging and sleeping. But giving them food and medical attention was only the first step to save them. Rescuers competed in a race against time: oxygen levels in the cave were decreasing rapidly and for the following days more rainfall was forecast, which could cause the cave to completely flood.

The Thai government knew that it was a matter of time before the most important producers in the world fought to gain the rights of history. Therefore, the government helped create the entity "13 Tham Luang Company", to meet the offers and carefully manage the interests of young players.

The "Wild Boars" and their coach received 3 million Thai baht (just under $ 100,000) in an agreement that they will not be able to give future interviews about their experience, as SK Global, 13 Tham Luang Company and Netflix prepare a mini series About their experiences.

That production will be about what the children lived in the dim light, although there are another ten projects on the facts. According to Variety, National Geographic also prepares a documentary.