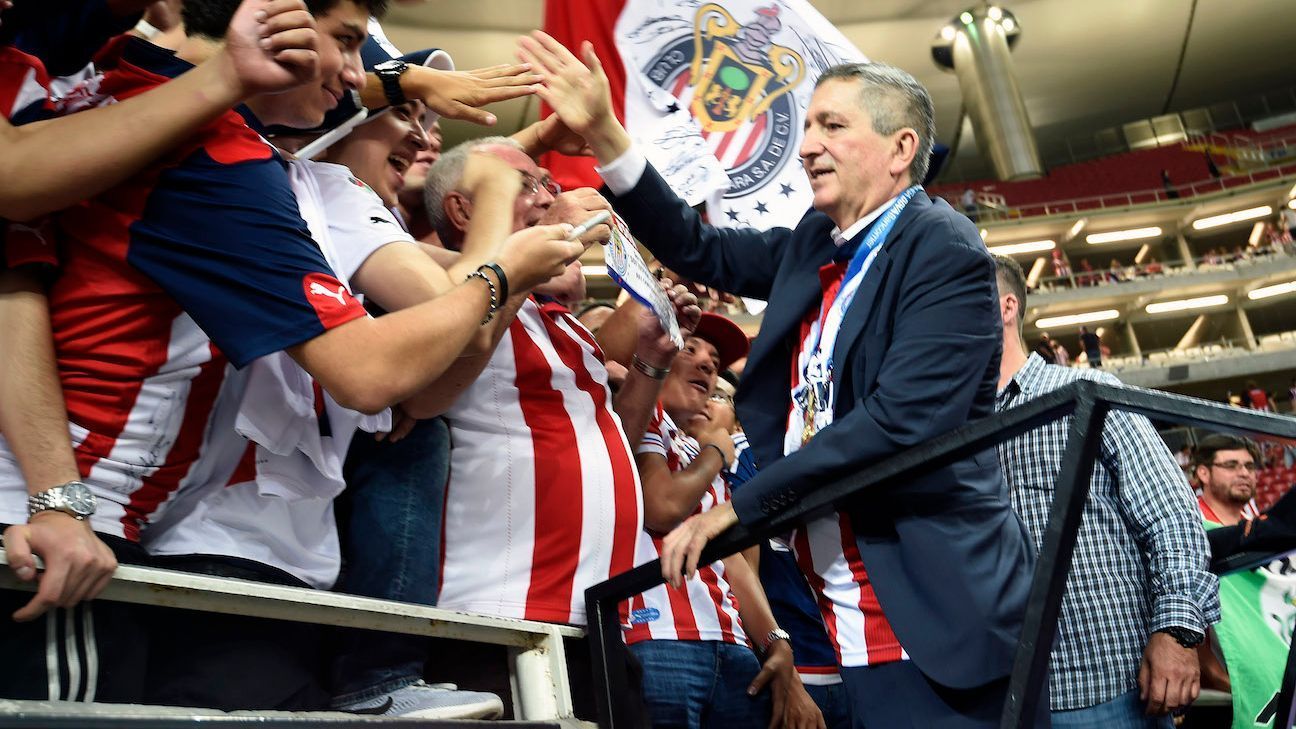 The death of Jorge Vergara leaves Chivas with several challenges for the future that his son Amaury, who is the president of the team, will have to face.

Five months ago Amaury became president of Chivas and director of Omnilife while his father was recovering from an illness in New York.

With the death of Jorge, who bought the Chivas in 2002 and was always the leader, a new stage opens in the Flock.

What are the main challenges of the Chivas after the death of Vergara?

Save yourself from the descent

It is the main and the most urgent. Today the Flock is in position 18 of 19 of the Table of Quotient of Liga MX. And it only surpasses the Sharks of Veracruz, a team that had a streak of 41 games without winning in Mexican football.

Although the Sharks are the main candidates to descend again – descended after the Clausura 2019 but remained in the highest category after a payment of six million dollars – there is a plan within the Mexican Football Federation to challenge them for the debts that have had with the players of the MX League, Women's League and the lower categories.

The Chivas cannot be trusted that Veracruz will always be there to prevent it from descending.

Recover popularity … and the fans

In Mexico there is – or existed – a phrase that half plus one of the Mexicans is fond of Chivas, but the reality is quite distant.

The Flock has five unclassified tournaments to the league and has only won two titles so far this century – the two in the Vergara era – few for a team of the largest in the MX League. América, its great rival, has five League titles in this period.

“I don't want to disrespect. We know the history of Chivas and how popular he is, but by results I think he lost greatness. He has been taking several unclassified tournaments, ”said Ignacio Ambriz, coach of León and former coach of Las Chivas a few months ago.

The lack of championships has hurt Guadalajara's popularity.

This is the lowest amount of preference the Chivas have had since 2008 that this annual survey began to be prepared.

And the attendance to the local games of the Flock are not the best either.

So far from the 2019 Opening, the Chivas have had an average entry of 30 thousand fans, that is, 65% of the stadium's capacity.

The Chivas are owned by Grupo Omnilife, a food supplement company, which according to the Expansion ranking is among the 300 largest companies in Mexico.

Omnilife has a millionaire debt after the divorce of Jorge Vergara with Angélica Fuentes in 2015.

A year ago, Onmilife applied for a bank loan for about 150 million dollars to continue its operations and, according to the newspaper Reforma, put as guarantee the Chivas brand, the Arkon Stadium and the land adjacent to the property in the municipality of Zapopan, in Jalisco

Also last year, the newspaper Reforma announced that Jorge Vergara has since 2010 a tax debt with the Government of Mexico amounting to $ 1,941 million pesos ($ 62 million dollars), of which, $ 689 million pesos ( $ 36 million) have no remission.

The sports direction of Chivas is chaos … and as a consequence the team is unable to qualify for the tournament league.

Luis Fernando Tena has been the coach of the Chivas for less than two months – he replaced Tomás Boy in the middle of the tournament – a time long enough to ignore his future.

Tena has directed nine games (seven of Liga MX and two of Copa MX) as coach of Chivas and has won four, tied two and lost three.

Today Tena does not know if he will continue as coach of Chivas for the next tournament, or if the new sports director, Ricardo Peláez – who arrived after Tena – will fire him.

The great reinforcement of the Chivas for the Opening 2019 was Oribe Peralta, 35-year-old forward who played in America, his great rival.

Oribe's signing has been a failure: 12 games in Liga MX, seven starts and zero goals. So his hiring has not turned out that he is already looking to change.